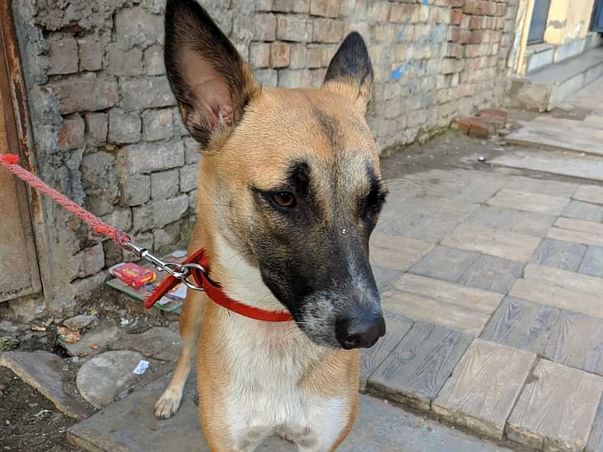 Share
Luna was born just about a year ago to Cinnamon, a dog outside our college gates who was very sick and had to be operated on for a mammary tumour. Even apart from this, Luna had a rough childhood - she watched her siblings pass away defenseless on the streets despite our best efforts to handraise and nurture them. So we worked on Luna's adoption until she found a home, and we were relieved she wouldn't meet the same fate as her siblings!

However, Luna's adopter did not get her spayed in time despite initially agreeing to the same and despite repeated reminders. Finally, when a volunteer was sent over, the adopter revealed she had lumps. We immediately sent a volunteer with Luna for a vet visit and then discovered she had a chain of mammary tumours that could be life threatening.

Luna was pulled out of what was supposed to be her forever home by her rescuers to avoid further negligence of her health and moved to a medical boarding. She has 7-8 tumours and will need 2 procedures under a single surgery. The first procedure would be to spay her while the second would be to remove 2 of the largest/medium sized tumours and biopsy them to rule out Inflammatory Mammary Carcinoma. Thereafter, chemotherapy can be started to shrink the remaining tumours.


After Luna is well on her way to recovery, her adoption will be worked on again. This is also going to be a mammoth task since she is a one year old indie in a country with not a lot of love for streeties, but we are the last people who are going to give up on her!

As of now, we urgently need to raise funds for her boarding and surgery. The estimate for the surgical procedures is approximately 15,000 INR, her boarding costs for 2 months will be 12,000 INR, and her chemotherapy costs we do not know yet, but can estimate will not be less than 10,000 INR. For this reason we are trying to raise a rounded-up total of 40,000 INR to save her life! Please donate any amount you can because it could very well be the difference between life and death.