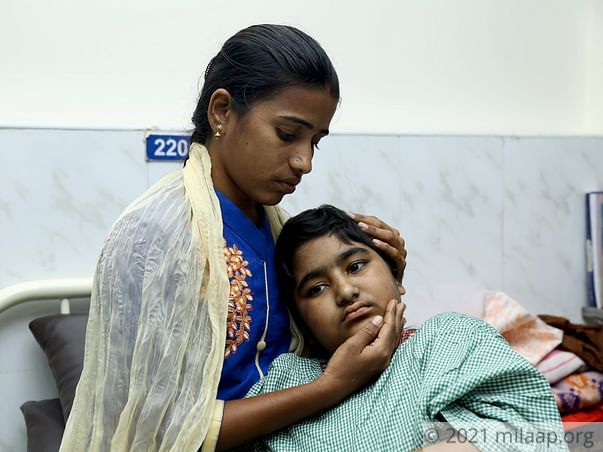 ‘I want to go to school, amma! Please let me go!’ pleads 6-year-old Lasya, completely unaware that she’s fighting a blood disease because of which even the dust in the air can be life-threatening for her. Lasya is suffering from aplastic anemia, a deadly disease due to which her body is more susceptible to infection, bleeding and bruising. She is confined to her home and doesn’t go anywhere other than the hospital for her weekly blood transfusions.

'Though we were relieved to know that it wasn’t cancer, we soon found out it’s just as dangerous'

To provide her better education, Mallikarjuna sent her daughter to a government school in Sulurpeta, Andhra Pradesh which is 2 hours away from their hometown Kothapatnam, Andhra Pradesh. But 2 months later, Mallikarjuna was told to take Lasya home and get her medical treatment as she’s weak. When they consulted the doctor, Lasya was found to have a very low blood count. He was advised to take Lasya to Chennai for better consultation.


“Looking at her extremely low blood count, the doctors feared she might have cancer and did a bone marrow test. We were relieved to know that it wasn’t cancer, but the doctor said Lasya has aplastic anemia which is as dangerous as cancer. I was in tears. I don’t know how she could get such a deadly disease." - Mamatha, mother.

Lasya has a chance to get cured of this dreadful condition and to go back to school, play with her friends and do everything that she hasn’t been able to for the past 5 months. She needs a bone marrow transplant. But her father is struggling to arrange funds.

Mallikarjuna works in a construction site on a contract basis to look after his family of four including his son Yashwanth (6). He only gets paid whenever there is work, when there is no work, he struggles to meet his household expenses. He had to borrow over Rs 9 lakhs for his daughter’s treatment which has to be repaid with high interest. He will never be able to arrange Rs 25 lakhs for his daughter’s transplant with the little income he earns.

Your help can be this distraught family’s promise of hope

For the past 5 months, Mallikarjuna tried every possible way to arrange money for Lasya’s transplant. But whatever money he could get, it’s all spent on her treatment and blood transfusions. He has now ran out of options and Lasya is racing against time to fight this severe blood disease. He is desperately waiting for your help. 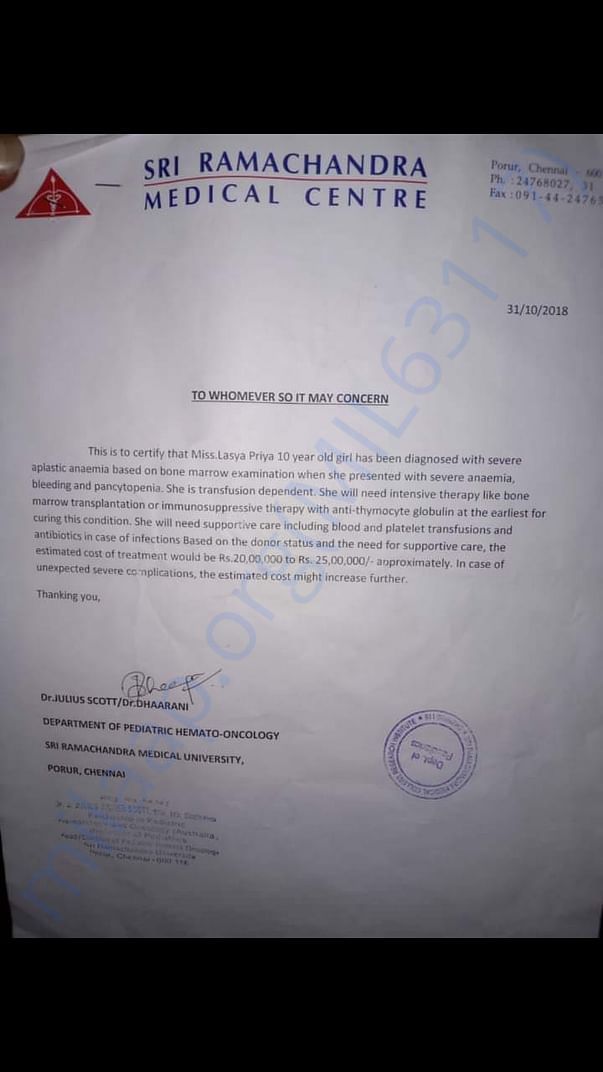 Scan & donate with any app
check_circle_outline Download payment receipt
Report fundraiser
Know someone in need of funds for a medical emergency? Refer to us
Rs.3,085 raised 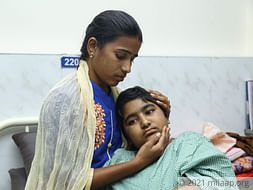