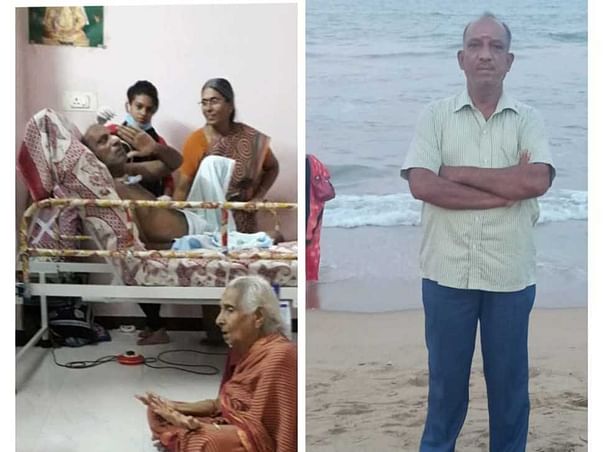 My friend Lakshmanan, 55 years old, is currently bedridden due to an unexpected Neuro Attack.

He is survived by his 75 years old aged mother and sister and was the sole breadwinner of the family. He had been hospitalized last year in June when he fell unconscious due to the sudden Neuro Attack.

He was under a ventilator and underwent major neurosurgery which amounted to a humongous hospital bill of ₹4,68,000.
At that moment, they were taken care of immediately by a generous lender, under the assumption that he will repay once he recovers.
However, even after getting discharged, he is on liquids only, being fed through the tubes. Additionally, managing the daily medical expense of ₹2,000 with no income inflow is painful.

In light of the current scenario, he’s neither able to pay the previous moneylender (who's in urgent need of that money) nor handle the daily medical expense. He’s under constant observation and medication due to his current medical condition.

His aged mother and sister are feeling completely helpless during this pandemic. They are trying their best to keep him alive with the medication.

Any support from your side will help my friend survive and regain strength. Kindly request you to offer financial support to repay the loan and also take care of the daily expense to recover faster.

Thank you in advance for your generous support.