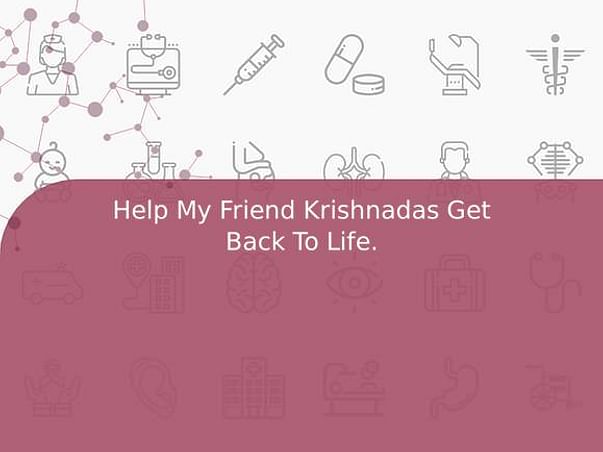 Share
My name is Athul Narayanan and I am here to raise funds for my friend Krishnadas who is 31 years old.

Krishnadas' family has seen and suffered much more than we can all imagine. In a year's time, the family saw double tragedy, the death of the eldest Son Krishnanunni (Age 31) followed by the complete Liver failure of Krshnadas, the 30-year-old younger son. The Liver Transplantation was done on April 8th in Amritha Hospital, Kochi.
Hoping that the ordeal had come to an end, He suddenly developed infections in the liver, post-transplantation, and required immediate surgery. Post-surgery, he got infected with Covid 19 in May, and the infection got aggravated and was transferred to ICU again.
A total of 45 Lakhs was spent on his transplantation and treatment. The family requires another 25 lakhs for the treatment. His family has been paying heavy ICU bills since December for his late brother's and his treatment.

Krishnadas' parents are old and retired and don't have any source of income. His brother, the sole breadwinner of the family apart from Krishnadas passed away in January 2021.

A donation of any amount would truly help the family. If you could also share our fundraising link with your friends, it would mean so much. The more people hear about the cause, the quicker we can help the family of Krishnadas.