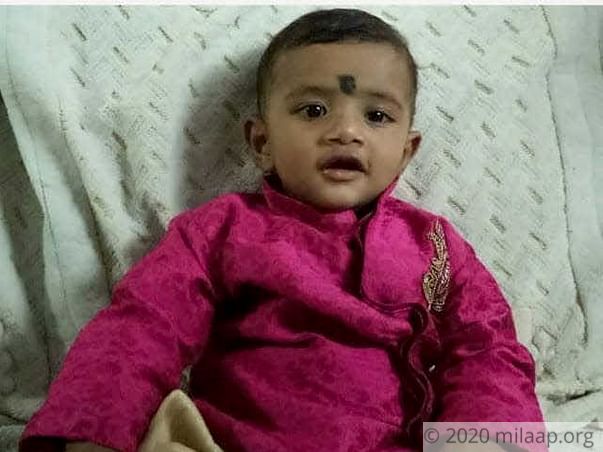 Koushik looks up from his toys on the floor, waves his hand at his father and says "appa!" signalling him to come to play with him. Kannan smiles at him, but behind his calm exterior is a terrified father, scrambling to find a way to save Koushik from blood cancer. The past 10 months have been nothing short of tragic for the entire family, and now Kannan is almost always on the phone, trying to find a way to afford a bone marrow transplant for his son – the only way he can be completely cured of blood cancer.


“He was diagnosed when he was barely a year old. We have seen him go from completely healthy, to being so weak that he couldn’t even get up from his bed. With chemotherapy, he has started improving. Now he can sit for an hour and play, and sometimes even rides his cycle for a few minutes. But his fight with cancer continues. It can only end with a bone marrow transplant.” – Kannan, father

After spending lakhs on his treatment till now, Kannan finds himself helpless

Kannan works as a driver for a goods vehicle and earns Rs. 15,000 per month. However, in the past 10 months, he has spent nearly 15 lakhs on Koushik’s treatment. Despite their unstable financial condition, Kannan and Tara did everything in their power to continue their son’s chemotherapy.

“We used our savings of 3 lakhs, sold the jewellery we had and borrowed from so many people. There have been days when I haven’t gone to work so that I could go to the people I borrowed from and tell them to give me more time to repay. Now to afford 25 lakhs more is just beyond our means.” - Kannan

While Kannan works overtime, Tara spends the whole day with Koushik, watching over his every move. She has become even more protective of him, and Koushik rarely leaves her side. Her gentle back rubs and the stories she would tell him while getting chemotherapy is the only thing that would comfort him, even if for a minute, from the excruciating pain. Tara recalls how he was growing like a normal child before he fell sick.

“He had started crawling and even calling out to us. We didn’t know anyone who had cancer, the disease was so alien to us. But now it has consumed our life. I start every morning with a prayer, and for nearly a year now, I’ve only begged God to save my son.” – Tara, mother

But Koushik can beat cancer with a bone marrow transplant

Koushik turns 2 in March this year, and like last year, his parents fear that he will spend his birthday too in pain. While Koushik’s condition is improving with chemotherapy, it isn’t enough to save him from cancer. He needs a bone marrow transplant at the earliest, but his parents are neck deep in debt. Koushik has only known pain since he started saying his first words, and can finally know life without dreadful cancer with your help. Your contributions will save little Koushik and help him have a healthy life ahead.

UPI: rzpy.givetomlpkoushik0005@hdfcbank (Copy to clipboard)
Or
Click here to read the instructions before you make a bank transfer. 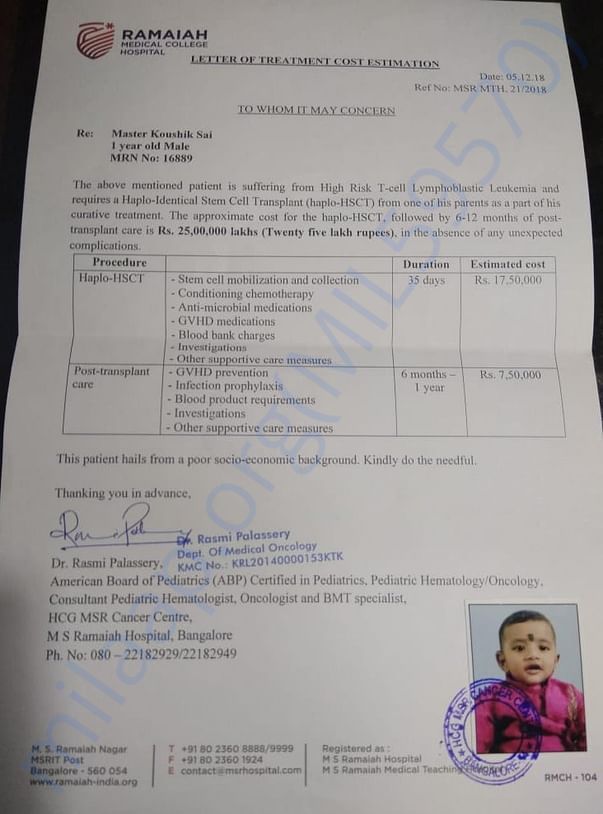 UPI: rzpy.givetomlpkoushik0005@hdfcbank (Copy to clipboard)
Or
Click here to read the instructions before you make a bank transfer.

Donate
Report fundraiser
See how thousands are crowdfunding for their causes on Milaap
Rs.35,500 raised

Donated to this campaign via Paytm? Click here if you can’t find your donation listed below.
SM
Shony donated Rs.1,000

Get well soon. god bless you

Donated to this campaign via Paytm? Click here if you can’t find your donation listed below.
SM
Shony donated Rs.1,000

Get well soon. god bless you 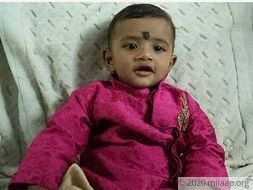