Help Keerthika Fight Cardiomyopathy And Undergo A Heart Transplant | Milaap
This campaign has stopped and can no longer accept donations. 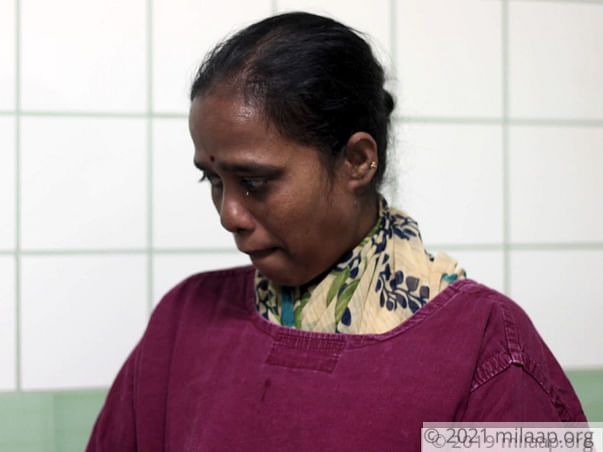 "My daughter died 6 times. What else do they call it when your heart stops for so many minutes? She is so afraid that she doesn't sleep. She begs us to save her, to not let her die again. I wish I could." - Asokan (Father)
At 15, Keerthika is not thinking about school, exams or friends. She prays, day and night, to stay alive. Her heart is extremely weak. She feels the beat slowing down, almost like pulling out of her body and reality. For a month now, she has been in the ICU, begging her parents to pay for the surgery that can save her life. Keerthika does not know that her father will not be able to afford her heart transplant.

Keerthika has cried so much that she feels numb now. Except for fear. Fear has been growing since the day she got sick. It started with swelling in her hands and feet, gradually she began having trouble with breathing. That was January. By February, she had her first cardiac arrest. The hospital was unable to help alleviate the symptoms. Her father was forced to go from hospital to hospital to find an answer. It took him 8 months to find out that Keerthika has major heart disease, causing recurrent heart failure.


"In the other hospital, I saw that machine go blank three times. They kept bringing her back. Every time, it took longer. Every time they said she will not survive. Last month, as soon as we admitted her in Chennai, it happened 3 more times. She is so scared that she does not let me out of her sight. She wants to feel my hand on her all the time. She hopes I can hold her life here." - Bama (Mother)

"We have less than 2 weeks to save her"

Asokan is a tailor in a village near Vellore. He worked hard, saved every 10 rupees he made to pay for his daughters' education. He hoped for them to have a better life. In the past 8 months, he spent every rupee of his savings, stopped paying school fees, and is in great debt.
"She has hardly been home. Hospital charges, medicines, ambulance - has taken everything I have. Still, I have not been able to save her. After a long time of searching, we came to MIOT hospital. Here they said my daughter needs a new heart. She won't survive another attack. I was relieved that there was a cure but I did not know it will cost 25 Lakhs. I did not know that she is out of time."  - Asokan

"I live in Koyembedu bus stand"

Having moved from Vellore to Chennai, the family has been heavily dependent on Amma Card for treatment. While hospital charges are covered, they have been struggling to meet ends. Bama stays with Keerthika in the ICU. Asokan sleeps in Koyembedu bus stand. On borrowed money, he buys his wife 3 meals a day, while he barely eats once.

As he is on the phone, Asokan breaks down. His wife starts wailing behind him. His daughter asks if she is safe. He is unable to answer her. The machine behind her beeps fast.

Fear of losing her life adds to Keerthika's stress. It is shortening her life span faster than before. She will not survive until the end of the month. Only you can help Keerthika get a transplant immediately. 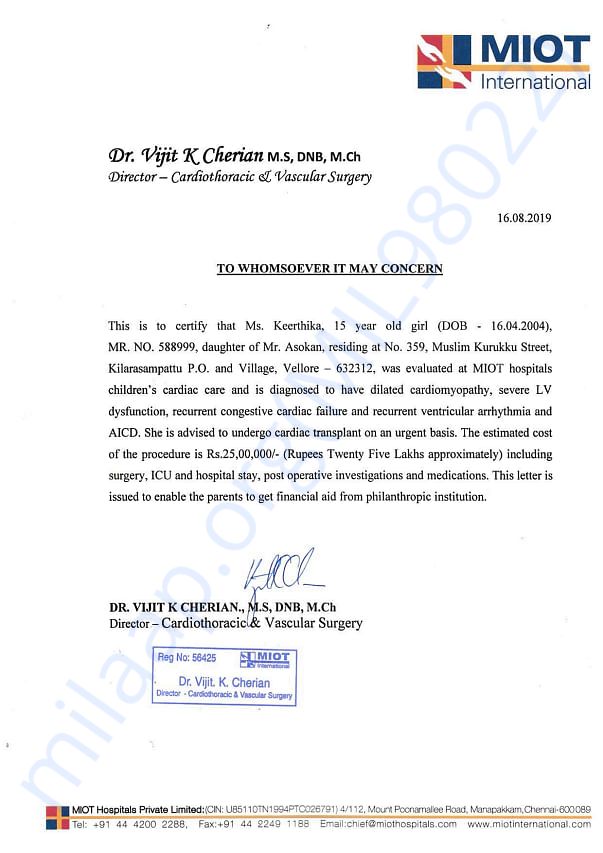 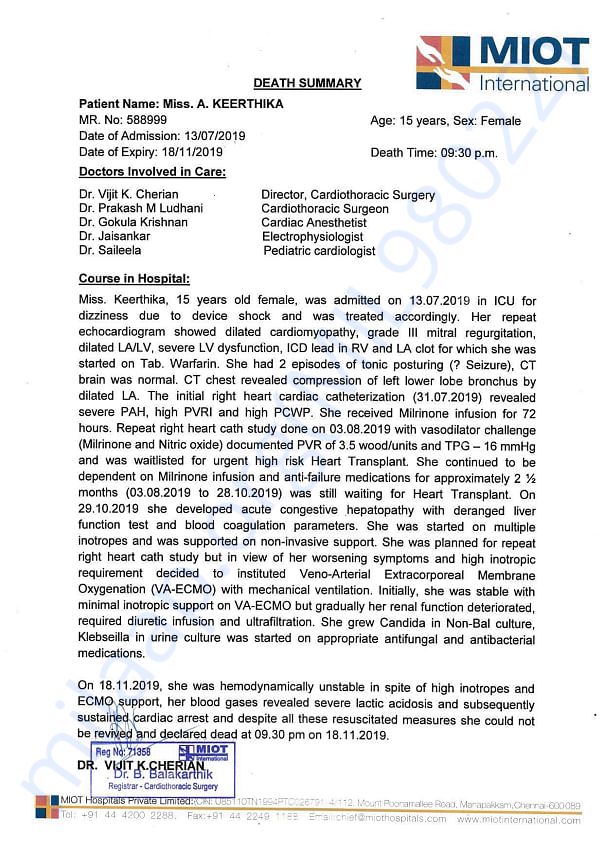 As mentioned in the previous update, Keerthika is no more with us. Here is a letter from the hospital:

Once again, thank you all for supporting her.

We have some unfortunate news to share with you all today. Keerthika fought for her life very bravely but gave up. She was put on ECMO support but she could not make it.

We pray for her soul to rest in peace and we thank you all for your support. All the funds raised will be utilized towards her medical expenses.

We would like to inform you that Keerthika is in a very critical condition in the hospital. We are waiting for a heart donor, as soon as we get a donor, doctors will suggest a date for the transplantation.

Please keep her in your prayers.

Scan & donate with any app
check_circle_outline Download payment receipt
Report fundraiser
Know someone in need of funds for a medical emergency? Refer to us
Rs.1,066,924 raised

1163 Supporters expand_more
This campaign has stopped and can no longer accept donations.
$150 Million +
Raised on Milaap
Are you in need of financial support for medical or personal emergencies, or a social cause?
Start a fundraiser
Or
Know someone in need of funds for a medical emergency? Refer to us
Campaign organizer contact_mail
N
Nishath
Beneficiary: Keerthika info_outline 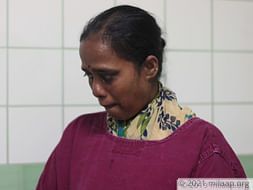