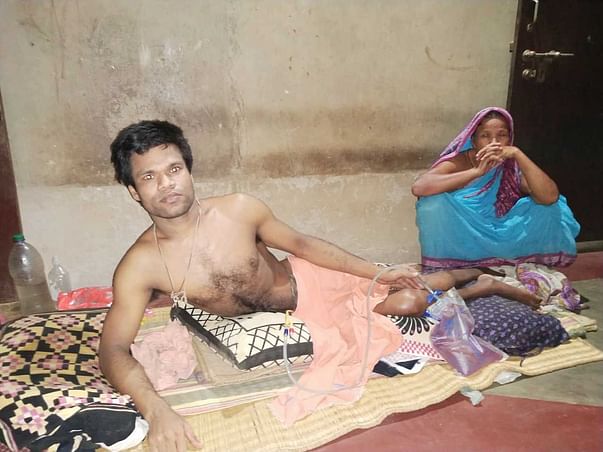 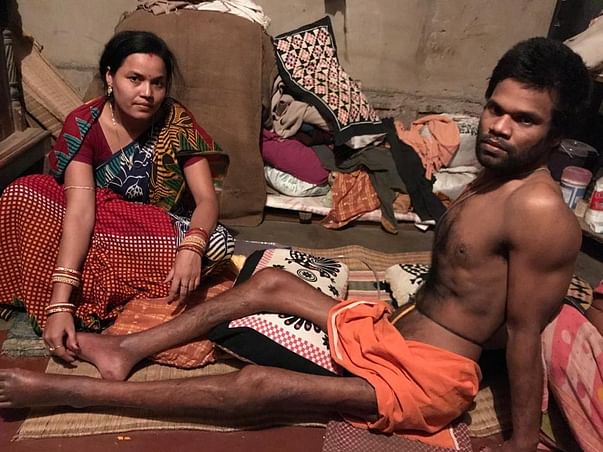 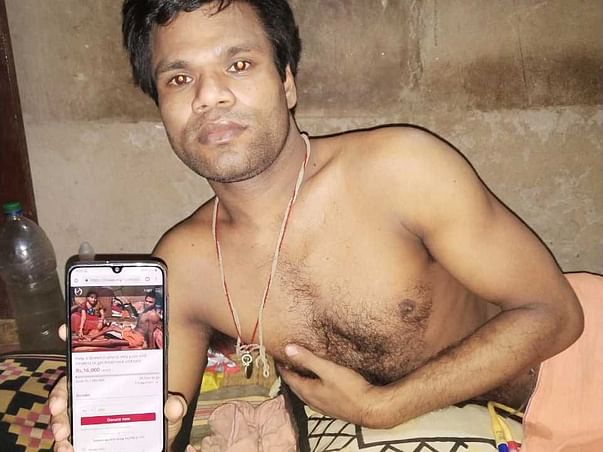 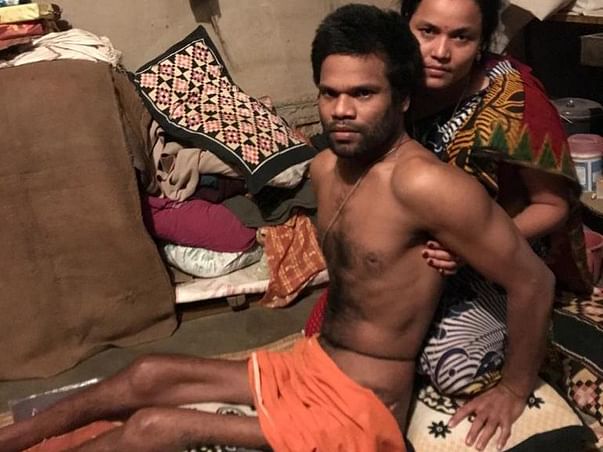 Share
Jaldhar Dash known as "Kuna Dash" belongs to Barapada village of Jajpur district of Odisha. He faced an accident when he was working on steel industries in SriLanka a few years ago. He is suffering from spinal cord injuries. That company where he was working rejected to afford the medical operation cost because of Kuna was working as labor under a contractor so now he is helpless. Due to lack of fund, he returned to home without treatment.
He belongs to a Brahmin family of 4 members. His father was a priest, so his earning was negligible. Only one income source was Kuna, but after his accident, his family suffered lots of struggle to survive. Meanwhile, his caretaking sister got married, and his father suffered from diabetes and kidney problem, so he also passed away due to lack of treatment. His mother, who was taking care of him now suffering from multiple old age diseases like diabetes, high bp, and muscular weakness problem. So she unable to take care of son Kuna.
His married sister is staying with him for a long time to take care of him. Once his sister returned to her father in law, no one with him to provide living support.
He is unable to afford his monthly medicine and catheter cost. He has no suitable toilet, house, or even a bed, so due to lack of a supportive mattress, he is suffering from multiple bedsores regularly. He has great hope that he will be cured very soon, but treatment is a dream for him as his basic requirements like food, medicine, and rehabilitation is must need to live a life first. Our villagers, his relatives and some great heart peoples like you affording his living and treatment cost from a long time, but now it seems impossible to live as no one is there to take care of him but still whenever I visit him he always welcomes me with a smile.
So I am requesting to all of you to help him as much as possible you can afford to get him necessary medical treatment, a motorized wheelchair, some foods and clothes for him. So he can get proper treatment and care.