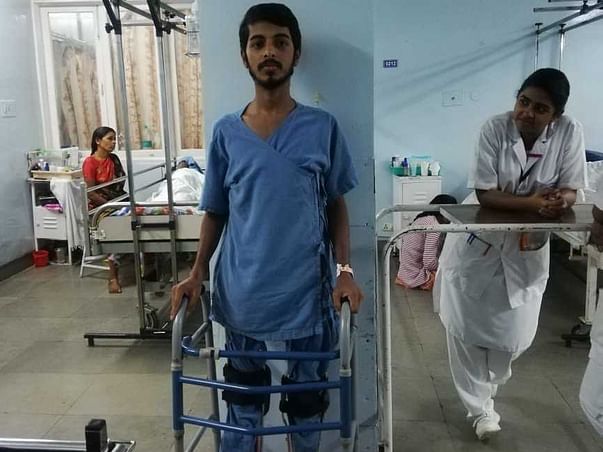 Share
My brother,Jahid Hassan is 19 years old had sustained a spinal cord injury in 2018 after a fall from a tree while working in the field. Since the injury he has been unable to feel or move his legs and is unable to control bladder and bowel habits.Since he was lying on the bed he developed pressure ulcer on the back and he was underwent flap surgery recently in December 2019. But now there is a  recurrence if ulcer and the doctors have said he might require another surgery  in 2 months if it does not heal and until then he is not allowed to sit.
My brother is a very hardworking boy and we stay in a village with no educational opportunity.He completed his 12th standard education after sustaining the injury with catheter and wheelchair.He did not take a break inspite of the injury. Our parents are farmers and now we have sold the land we had. He is very keen in pursuing studies and it has been very difficult in the last few months bearing the expenses of the surgery. I kindly request small donations which will help cover his surgery cost and atleast help him complete his degree in arts so that he can be independent.

Donate
0%
Be the first one to donate
Need Rs.6,00,000
Card, Netbanking, Cheque pickups
Or Donate using