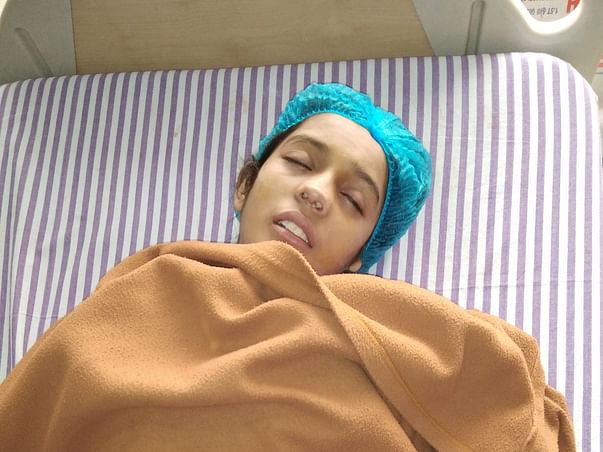 Hello, my name is Sanjay I am from Gujarat palanpur i have seen your detail on site. As my sister is being suffered from NOSE CANCER.As my father is also suffering MC INFRACT .i want immediate funds for treatment so I can save a life, my sister.
Cancer has caused a blockage in the nose and causes episodes of nasal bleeding. She has already been treated with radiation therapy which has caused considerable damage to the bone in the skull base region.A conventional surgical approach to this would have caused disfigurement of the face. however, was lucky as doctors at a MAVJAT MULTISPECILIST hospital operated upon her through the nose to prevent disfiguring of the face.Dr. KUSHAL PRAJAPATI cancer surgeon, said 27 years back, OLD WOMEN had been treated for nasopharynx cancer in nose.