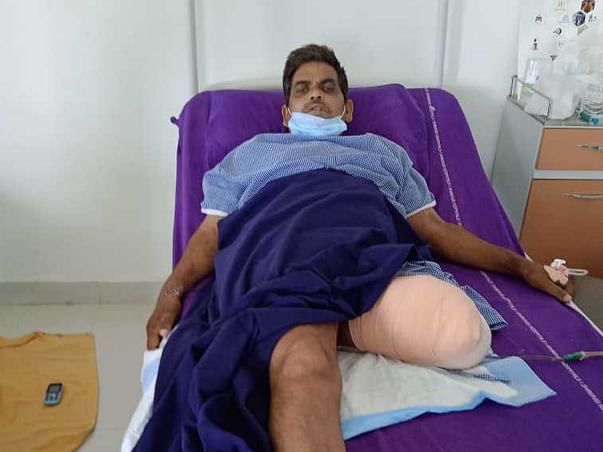 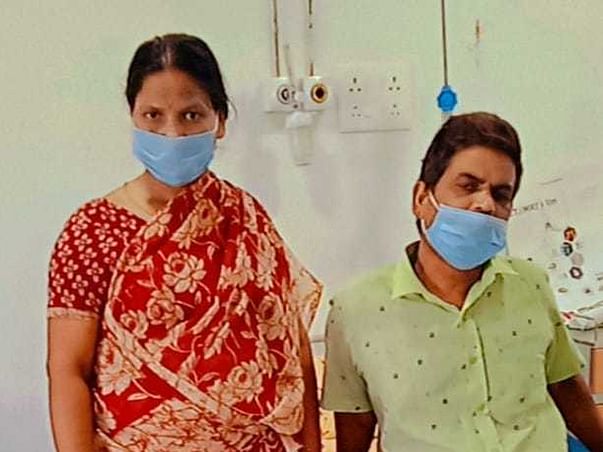 A 45 years old male Patient (Vijaykumar/Gorak sah) admitted to the hospital
with complaints of Gangrene of the left lower limb due to a popliteal artery block. He
had met with a road traffic accident 3months ago. At that time his wife
underwent surgery for a knee injury in the same accident. He thought he had a
just minor wound but later it became complicated. He is a hypertensive patient
but in course of treatment, he also diagnosed with uncontrolled Diabetes.
His Consultant Doctor (vascular surgeon) advised for surgery of below-knee
amputation.
The surgery is done 5days ago. The total bill for surgery and post-surgery treatment is
around 3.5lakhs .till now they’ve paid around 1.2lakhs and they don’t have
money now and they’re looking for financial support.
Earlier he used to work as a Security guard at Meerpet Hyderabad.
He is a father of 3 daughter’s who is below 15years of age,two daughters
started working after their parents met with an accident in a Drug Store for a
Salary of 7k/month.
They need around 2.5lakhs for treatment and to pay the due bill at the hospital.