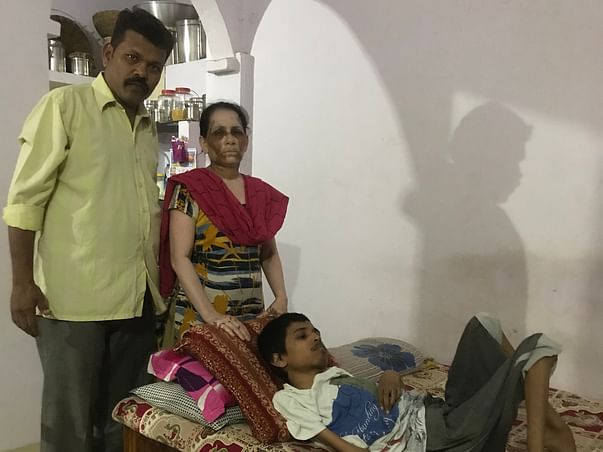 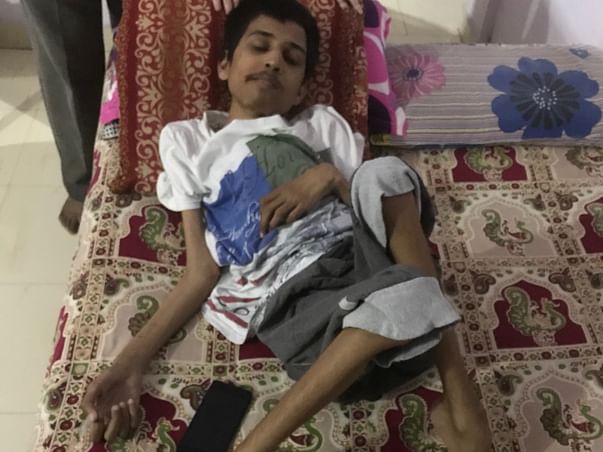 Share
Gaurav was in sixth standard when the first symptoms of this cureless disease started appearing. First affecting his legs, the disease has affected majority of his muscle groups from below upwards. He is now unable to walk but he can swallow food and can talk although it takes a lot of effort.

Though he could study only till sixth standard due to this disease, Gaurav is a bright person. Painting used to be his hobby when his hands were functional. He can speak in Japanese. He is aware of the fact that this disease is incurable and will soon affect the cardio-respiratory muscles of his body which makes breathing difficult for the patient and can end the life of the patient. This doesn’t stop him from smiling though. He is a very strong-willed person.

Gaurav’s family has taken him to every doctor possible in the past 7-8 years, but now even doctors have given up the hope for his cure. Now, his family has to take him by road every Saturday-Sunday to Chhindwara, 130 km from Nagpur to give him ayurvedic treatment which is just to make his time more comfortable. This needs 4000-5000 rupees every week.

Gaurav’s father, Kishor Bakde, is a security guard in Government Medical College, Nagpur and his mother Mrs Sunita Bakde is a housewife. The expenses of Gaurav’s illness has strained them financially a lot and they need to ask for some financial help to continue his treatment.

By this fundraiser, we want to make life a little less harsher for this family.