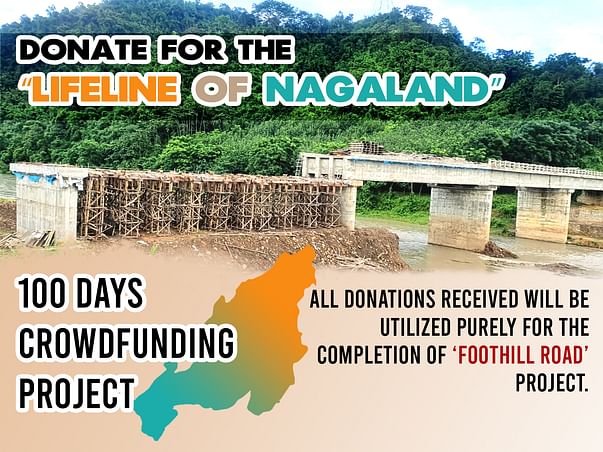 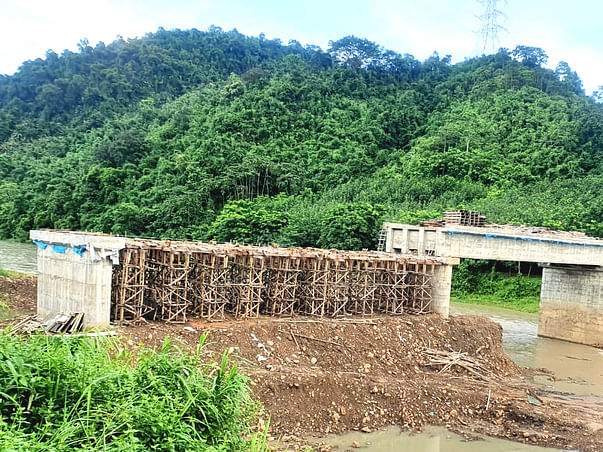 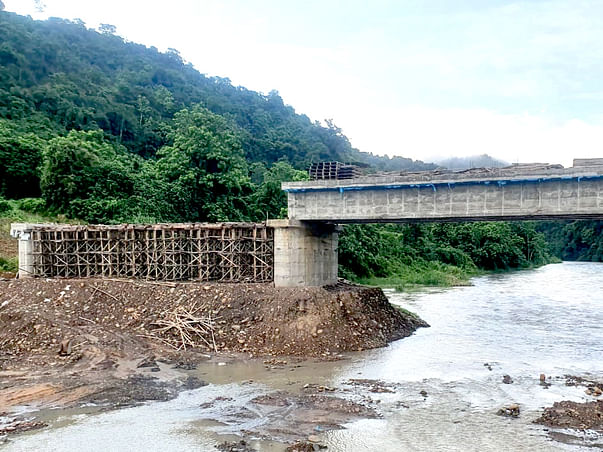 Donate for the “LIFELINE of NAGALAND”

INTRODUCTION:
The “FOOTHILL ROAD” also known as the “Trans-Nagaland Expressway” and rightly referred to as the “People’s Road” is approximately 396 km long project which was conceptualized by the Government of Nagaland in the year 1974. Even after 4 decades, this road is far from completed due to mismanagement, misplaced priorities and lack of planning. A completed “FOOTHILL ROAD” will connect 7 of the 12 districts of Nagaland, covering 14, 03, 705 (1.4 million) population out of the state’s 19, 78, 502 (1.9 Million) population, and serve as a crucial Life-Line for the people in terms of communication and economic development.

CURRENT SCENARIO:
The orphaned “FOOTHILL ROAD” project was revived in 2013 by a co-ordination committee called Nagaland Foothill Road Co-ordination Committee (NFHRCC) comprising of 11 representatives from 11 tribal bodies (Hohos) which appealed to the State Government for the completion of the road. Individuals, civil societies and churches, understanding the crucial purpose of this road, made their valuable contributions in cash and kind but yet again the project came to a grinding halt after August 2016, owing to insufficient funding and misplaced priorities of the Government. According to NFHRCC, 90% of the earth-cutting work has been completed. What still awaits completion is the remaining 10% earth-cutting and the completion of a major bridge over the Doyang River after which the roads will be at least motorable giving great solace and relief to the suffering population.
The aspiration of the people is once again at crossroads because without this Life-Line the people of Nagaland has no other alternative but to traverse through the neighbouring State of Assam to reach hundreds of villages in Nagaland wherein the common people are forced to endure unimaginable hardships by way of illegal taxations, police harassment and racism. In order to usher peace and pave the way for friendly co-existence between Assam and Nagaland states, the “FOOTHILL ROAD” has to be made functional without delay.

THE APPEAL:
ZHOKHOI CHUZHO, a dynamic Naga Bollywood actor, also President of RISING YOUTH, is undertaking this huge responsibility to crowd fund the completion of the FOOTHILL ROAD. The mission is Herculean and therefore every penny matters for which ‘No Contribution is Small Contribution’. And as they say, “Nobody has ever become poorer by giving.” Your little donation or contribution towards this urgently required cause will be the cornerstone around which peace between Assam and Nagaland and the edifice of Nagaland’s prosperity shall be built.