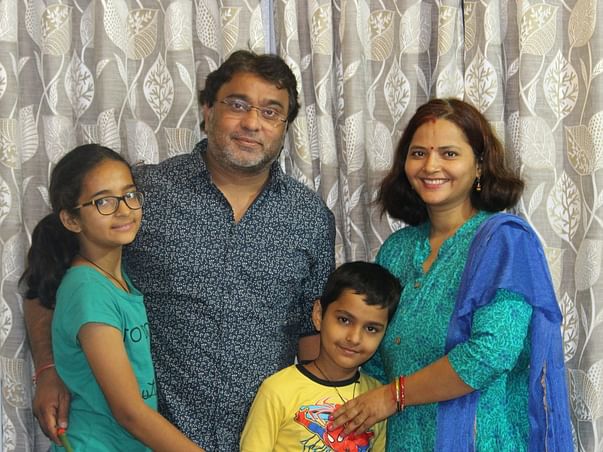 Our dear friend Gopal Mishra passed away on 28th April 2021 after fighting a long battle with COVID-19. He was suffering since beginning of April and lost this battle on 28th April.

Gopal was incredibly caring, smart, and good-natured human being. His ever smiling face and jovial nature will always be etched in our memories. He was a friend, a mentor and a leader to many of us.

Gopal is survived by his loving family, including his homemaker wife Neelam, his 12 years old daughter Aadya, and 7 years old son Devansh, as well as his sisters and septuagenarian parents. He was a doting father to Aadya and Devansh and they were the center of his universe.He loved taking his kids to the badminton practices. He was very fond of cooking and would like to cook delicious meals for others. He liked to ride his bike to various trips. He liked traveling a lot. He still had so many adventures left in him. He was generous to share a lot of anecdotes about his travel, cooking & life with us.

Gopal as a colleague and a friend

He joined Nuance in Lucknow. Over the years, he moved to Pune and built a supportive and collaborative team. More than being a thoughtful leader, he was a devoted friend to many. Those of us who had the privilege of knowing Gopal, also know that when we were around him, it felt like there was always a way forward. For Gopal, helping others to be their best and ensuring that all around him thrived was paramount. It was clear that he cared deeply about people around him. He made building deep and lasting relationships a priority. His harmonious and cooperative spirit made coming to work fun and interesting. He was always there for everyone and was passionate about his team and built his team as his extended family.

We hope with this fundraising, we can help the family build a fund to take care of Aadya’s and Devansh’s education.

We will miss you Gopal!

- Friends and colleagues of Gopal.
How the funds will be used:

The entire contribution will be directly transferred to Gopal's wife Neelam's bank account and his family will be the sole beneficiary of the fund.