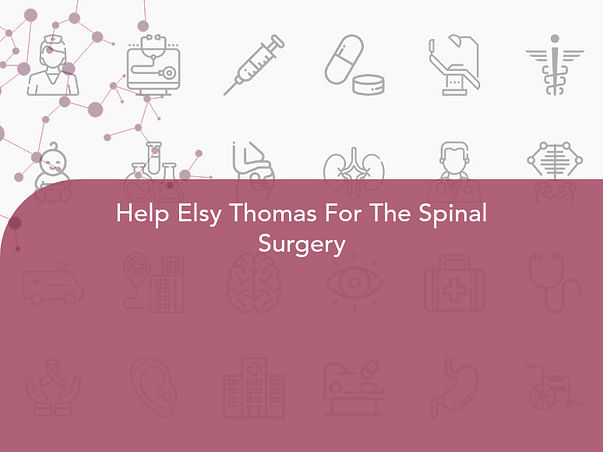 We are raising funds to go towards the spinal surgery of Elsy Thomas.

Elsy Thomas is a patient in need of urgent surgery for her back which is called the lumbar microsurgical discectomy. The doctor also assured that it is safe surgery. She is currently working as a nurse in Delhi to financially support her family in Kerala.
20 years ago Elsy had a fall which resulted in an unresolved spinal problem and she has been on painkillers ever since. Daily activities such as picking things up from the floor, sitting, and standing caused her excruciating pain and affect her ability to work. After a recent consultation with a doctor, it has been confirmed that a portion of her spine has been damaged and she will need surgery for her pain.
Despite the pain, Elsy has had no option but to preserve and support her family in Kerala including her husband who recently had a heart attack and both her mother and mother-in-law.
Elsy has been supporting everyone tirelessly, it’s now our turn to ensure Elsy gets the support she needs.