Shares
Share on Whatsapp
Tax benefits
When Doctor Regi M George and Lalitha got married, The couple found their calling in service to the underprivileged and wanted to use their knowledge where it was needed the most. In 1993 when they visited Sittilingi, a remote and ignored tribal area in Tamilnadu, the nearest hospital was 50 kilometers away and the place had the highest infant mortality rate in the country. They immediately knew they had to do something about it.

Twenty five years ago, they started by building a small hut for a hospital with just a single room, a hundred watt bulb and a bench.
Regi and Lalitha called their service the Tribal Health Initiative (THI). Their perseverance and continued service has brought about dramatic change in the living conditions of the natives.

Infant mortality rate in Sittilingi has reduced to 20/1000 which is one of the lowest in India and there are no mothers dying in childbirth for the past 5 years.
The nutrition levels of children and the general well being of the people have improved to a great extent.Now the hospital has gradually increased in size and grown to a 35 bed facility with an ICU, X-Ray, Ultrasound, a modern operation theatre and all the other latest facilities so that no tribal would have to go to the city to get treated. It is the only hospital for a 100 km radius now and they treat around 100000 patients annually. Today, over 21 neighbouring villages are benefiting from the Tribal Health Initiative that sprung at Sittilingi.

When they first came here 25 years back in 1993, they were faced with a lot of challenges. With absolutely no money with them they had to raise donations to do even the simplest of medical procedures, they were in isolation with no friends around and the nearest phone being 100 kms away. Their kids were just growing up and they had no schools for them here. They faced tough resistance from the villagers too but once they saw the couple struggling and still living amidst them with an aim making a difference, the villagers started having a lot of love and respect for them. They are now adored as elders in the society.
"We have been providing low cost care to the tribals for the past 25 years but as we improve the quality of treatment and keep doing more complex surgeries we will require funds to keep this hospital running. We will need to pay our staff, pay for the medicines and maintaining the equipment also.

It is unfair to ask a tribal population to support this level of healthcare for them. If we stop doing this then they won't have the means to visit the city for treatment, they will just go back to their huts and die."

Dr Regi & Lalitha need your support to keep this running.

UPI: rzpy.givetomlpthi00000001@hdfcbank (Copy to clipboard)
Or
Click here to read the instructions before you make a bank transfer. 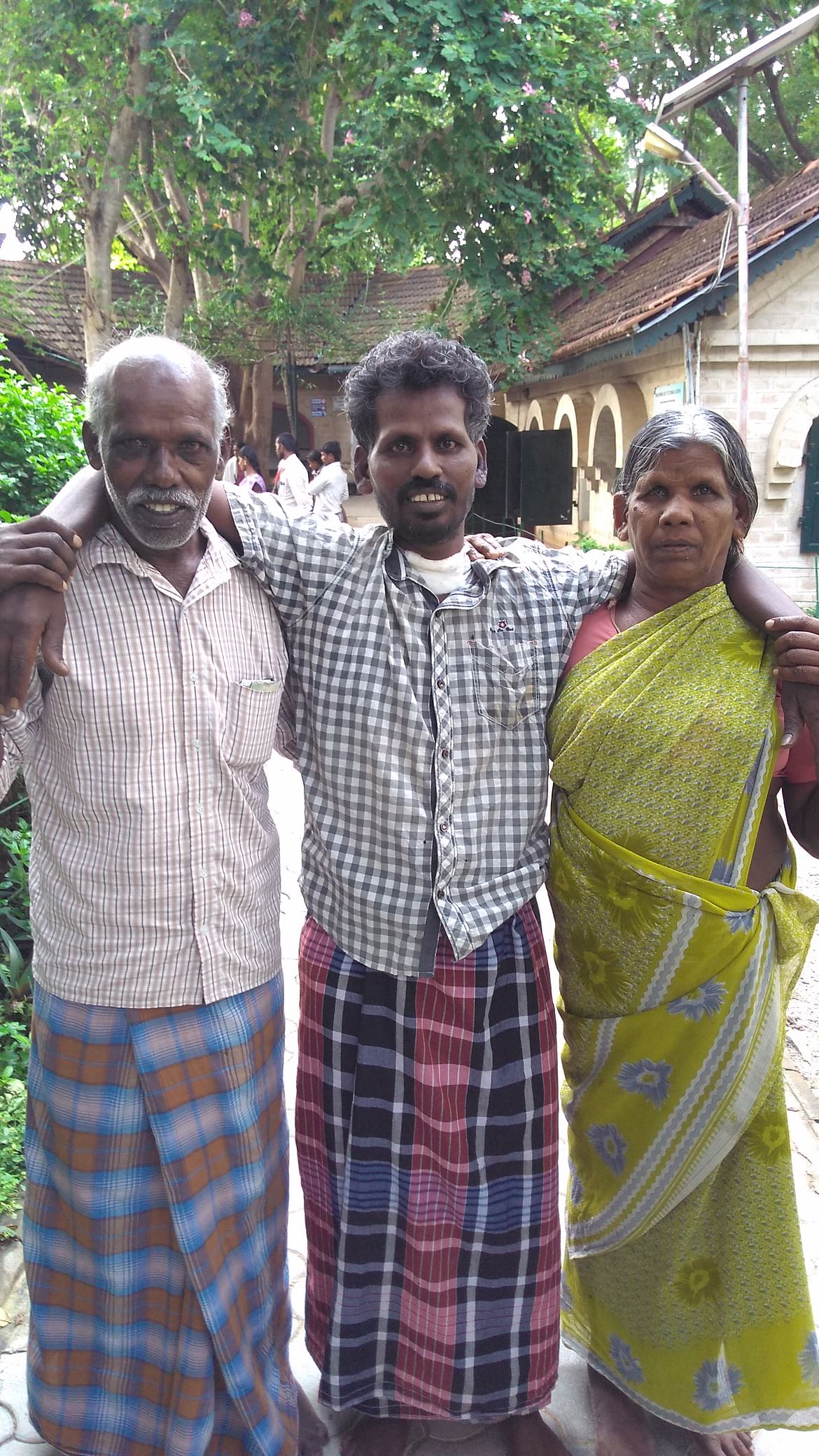 An epic battle won: Mayilsamy, from Naikuthi village , downed a whole bottle of pesticide in a fit of depression a few months back. He was brought to the hospital unconscious, in severe respiratory depression. We put him on the ventilator – and it took 20 days for him to get out of it!! This was the longest we have done – and he walked home fine, now back to farming. No bed sores, no pneumonia – all complications of long term ventilation. Kudos to our nurses – who looked after him so well; and these are all local tribal girls, trained in house by us. Mayilsamy’s smile is for them.
Read more about  the latest news from Sittilingi by clicking here.
Blooming Mother and Child program: Last year we started our Mother and child program afresh. The Govt offers antenatal checks and deliveries free – along with an incentive of Rs 18000/- for each mother !! Unfortunately, most tribal mothers think it is low quality care and many do not make use of it. So, with the help of Indus Biotech [as their CSR], we started offering all antenatal care free including medicines and lab investigations and a nominal amount for scans. All deliveries are at Rs. 1000/- and should they need a Caeserian, it is just Rs.5000/-. The mothers get a ''baby kit'' as soon as they deliver and all babies born here get a Pink Card which makes all treatment here free for the next 3 years. Needless to say, we have seen a 25% increase over the year and every day about 30 – 40 antenatal checks in the OPD. Could this be a solution?

This year we progressed on many fronts – the safe delivery initiative kicked off to a flying start, our farmers have adjudged the best collective in Tamil Nadu and we took our first steps into local governance and Gandhiji’s dream of Gram Swaraj. Read more about it here in our Annual report -

Report fundraiser
See how thousands are crowdfunding for their causes on Milaap
Rs.1,120,424 raised

Thank you for your great work !

May your service continue to help people. May god bless you with abundance

Thank you for your great work !

May your service continue to help people. May god bless you with abundance