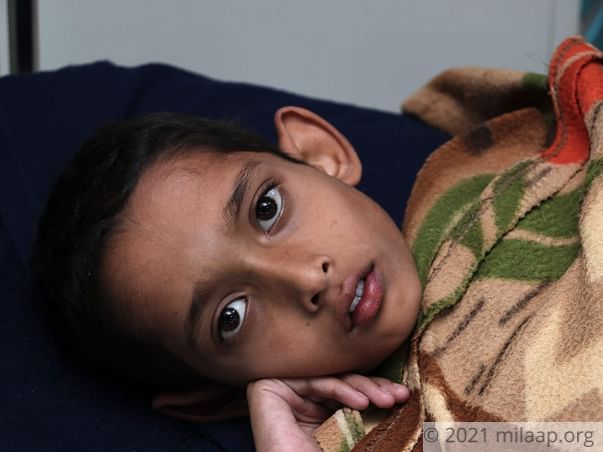 Until 6 months ago, Deekshith showed no sign of any pain. His days went on just as they always did – school, homework and then cricket with his friends. Shivananda and Kusuma had no reason to worry about his health either. He was active, bright and never missed a day of school. But as their life went on, rather normally, a cancerous tumour was growing in 9-year-old Deekshith, completely unaware to them. “They told us that the tumour in his body has been growing for 5 years now, but he didn't show any symptoms. If only we knew earlier, maybe he wouldn't be in so much pain now,” Kusuma says, tearing up.

Kusuma works as a helper in the school that Deekshith studies at in Kumbalgodu, Karnataka. All the teachers in the school always tell her that he’s the smartest in the class and the first to answer all the questions. Kusuma couldn’t have been prouder of her son.

However, six months ago, Kusuma noticed swelling in Deekshith’s stomach. He said it hurt a little bit, but he insisted on going to school anyway. ‘It’s nothing amma,” he said and waved her goodbye.

His cancer was detected 6 months ago, shattering their lives

Deekshith’s swelling only got worse. The pain increased, and he got weaker. When his parents finally took him to Bangalore for tests, they were told that he has a cancerous tumour in his left kidney (Wilm’s tumour), and it was very serious. They were shocked to find out that it had been growing inside his body for 5 years. “I wish there was some way we could’ve found out earlier,” Kusuma laments. His left kidney can't be saved, but he has a chance to fight the disease – Deekshith was immediately started on chemotherapy.

Deekshith now needs to continue chemotherapy and have surgery, but his parents can’t afford it. Kusuma’s income as a helper is just about enough to afford their daily meals. Shivananda repairs TVs for a living and makes Rs. 500 in 2-3 days, but only when there’s work. With an increasing number of people opting for LCD TVs, he’s running out of work.

“My husband had decided that it was time for him to look for a new job, but just then, we found out Deekshith has cancer. Now, all we do is try and find a way to continue his treatment. We’ve already borrowing 70,000 as a loan.” – Kusuma

Deekshith can only survive with your help

Deekshith is getting better with chemotherapy, but his parents and doctors efforts will be in vain if he can’t continue the treatment. Their dire lack of funds stands in the way of his complete recovery. Deekshith is their only child. He is brave and resilient, but he needs your help to make it out of this, victorious. 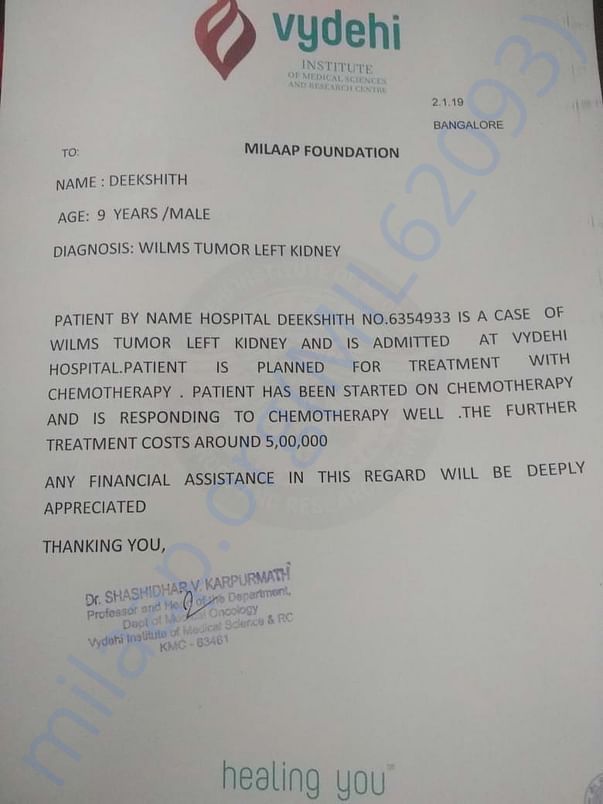 Scan & donate with any app
check_circle_outline Download payment receipt
Report fundraiser
Know someone in need of funds for a medical emergency? Refer to us
Rs.13,261 raised

Hope he recovers soon and help reaches you in time.

Hope he recovers soon and help reaches you in time. 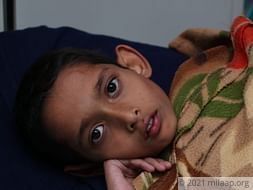