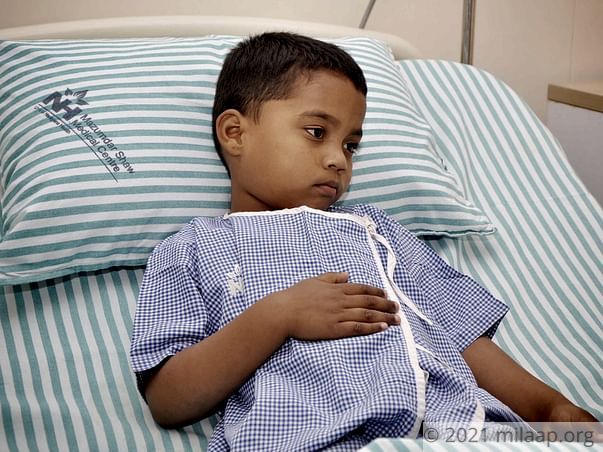 Every morning, after he’s had a bath and is ready with his school uniform, Dayananda (4) spends five minutes praying to every God he knows. He kneels beside his bed and says, “Dear Lord Ganesha, please help me become healthy again.” He believes that one day, God will hear him and make him like every other child in his class. It’s been three years since he’s been diagnosed with a severe blood disease. When once he was terrified of the hospital, he now knows his way around. Blood transfusions and needles have become a part of his life – and this painful life is all he’ll ever know if he doesn’t get a bone marrow transplant soon.

Sumitra and Sreenivas had never heard of Thalassemia before his diagnosis. This blood disease leads to fewer than normal red blood cells in the body and low hemoglobin. Children with this disease often experience fatigue, weakness and slow growth. Dayananda too gets weak every 15 days, for which he needs blood transfusions.

“Every time we take him to get blood, we meet parents whose children are also suffering from the same disease. We didn’t know how dangerous it is until then. The disease hasn't broken his spirit, but sometimes he's too weak to even smile.” – Sumitra, mother.

While blood transfusions are keeping him going till now, it’s not enough. Regular transfusions lead to an iron buildup in the body which then affects vital organs like the liver, pancreas, heart etc. The only curative treatment is a bone marrow transplant. His younger brother is a matched donor.

Draught and this deadly disease have left the parents helpless

For the past 3 years, Sumitra and Sreenivas have spent a minimum of Rs. 2,500 every month on his treatment. Adding to their distress, their hometown near Davanagere, Karnataka hasn’t received ample rainfall in 3 years – making it difficult for them to grow anything on their small piece of land. It’s their only source of income.

“Two years ago my husband decided that we couldn’t go on like this. Farming wasn’t enough to take care of the house and our son's medical bills. He started studying to become a lawyer and started practicing just 6 months ago. We’ve spent more than we could afford over the past few years on his treatment. The transplant is beyond our means.”

You can help change Dayananda’s life

Dayananda’s parents are doing their best to afford the transplant costing 18 lakhs. But none of it is enough. Dayananda is a bright young boy, who gets along with anyone he meets. This dreadful disease stands in his way. He’s been living with Thalassemia for 4 years now. His misery can only end with your support. His younger brother is a matched donor, but Dayananda can only have the transplant if his parents can afford it – they can’t do it without you. 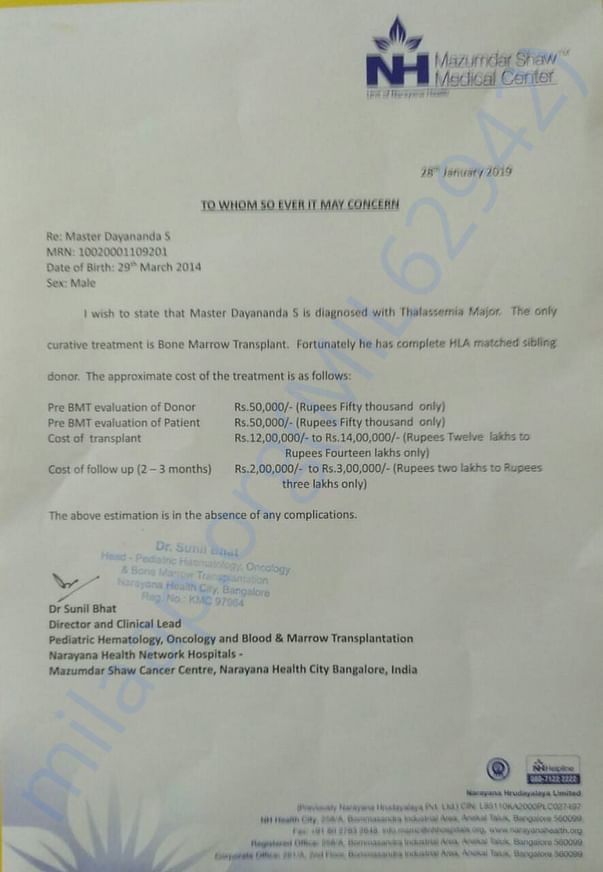 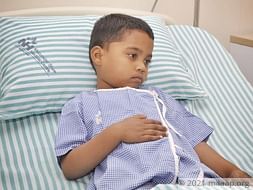