8-year-old Body Has Been Pricked So Much With Needles, Can't Find Vein | Milaap

8-year-old Body Has Been Pricked So Much With Needles, Can't Find Vein 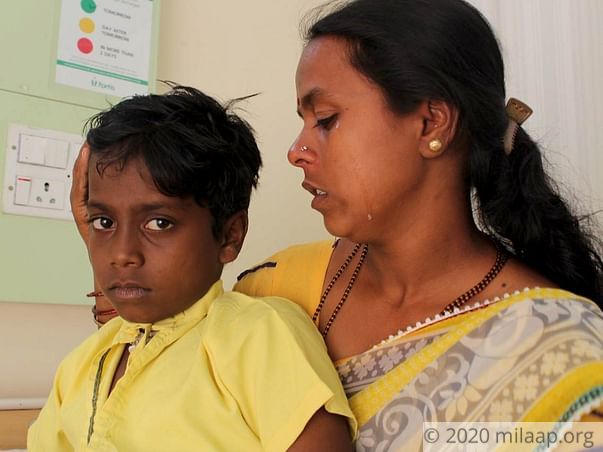 Darshan closes his eyes and clenches his fists tightly as he waits for the needle to pierce his skin. The pain is disturbingly familiar, but he still winces when it takes over his small body. Every two weeks, Darshan has to get a blood transfusion or he will die due to a condition called thalassemia, which produces dangerously less amounts of haemoglobin in his body. But now, his arms have been pricked so much that doctors struggle to even find a healthy vein. These transfusions were prolonging his life, but even they have become impossible now. Only an urgent bone marrow transplant can save this child, but his poor mother does not have enough money for the relatively affordable transfusions, let alone the expensive transplant.

Darshan may only be 8-years-old, but he has already gone through more pain than most adults do in their entire lifetime

Darshan was diagnosed with Thalassemia, a disorder that affects the capacity of blood cells to carry oxygen when he was barely 5-months-old.

“The first time he got a transfusion is so vivid in my memory. They pricked and pricked, and they found a vein with so much difficulty. My baby was inconsolable for hours after he got it. I cannot forget it; sometimes it comes back to me when he gets transfusions today even.”-Nethravathi, with tears in her eyes.

Thalassemia has pervaded Darshan’s life to the extent that the medicines he eats to control it make him extremely drowsy. He cannot even walk properly because of the high dosage, but right now he has no choice; without them, he cannot exist.

Darshan’s mother, Nethravathi, knows exactly when the hemoglobin levels dip in her son’s body because he cannot even sit up properly

“He may have been laughing and playing with his sisters just minutes before, but suddenly he’d just sit in one corner and watch them playing, impassively. Sometimes I have even seen that he loses consciousness completely and wants to lie down without eating anything. That is when we rush him to the hospital. Usually, every two weeks his condition deteriorates like this.”-Nethravathi.

To add to his misfortunes, this resilient child even got a deadly tumor removed from his stomach last year

As if the trauma of regularly getting pricked with needles wasn’t enough, Darshan got a lump in his tummy that was diagnosed to be a tumor. He had to get surgery immediately or it would have turned fatal. His mother begged and borrowed to get the surgery done at last, saving his life.

“My husband and I were shocked when the doctors told us that in addition to the deadly blood disorder that he is already fighting, he also had a tumour. We couldn’t eat or sleep for days, but somehow we got the surgery done free of cost. But we had to borrow heavily for medicines and hospital stay.”-Nethravathi.

Without an urgent bone marrow transplant, Darshan’s life will be reduced to a never-ending cycle of needles and pain

Darshan goes to a government school like his sisters Lakumi (6) and Yashaswini (4), but he misses more classes than he attends. But he still manages to score good marks in his exams, and even helps his sisters with their homework.

“My son wants to be normal; I can see that he wants to go to school and be able in life. He once told me that he would earn better than us one day and help us in our old age. But how will he do all of this if his life stops every 15 days? Needles cannot sustain him for long. Iron deposits in the heart and other soft organs can kill him soon, if he does not get a transplant.”-Nethravathi.

Nethravathi and her husband Harish are daily wage workers who live with their three children in a two-room house in Shimoga. Their daily wages are sometimes not enough to feed their children three square meals every day. Darshan’s blood transfusions cost Rs 5,000 per month while they earn only around Rs 300 a day. Now, they need thousand times that amount to get him a life-saving bone marrow transplant, which is out of their reach.

“We live in a makeshift house which only has a kitchen and a hall. We don’t have beds even, and the whole family (all 5 of us) sleep in the hall. That is how poor we are. We cannot even afford his transfusions going forward, how will we afford his transplant? I hope God finds us a way to get him the transplant because that can solve all our problems, and Darshan can dream of a future.”-Nethravathi. 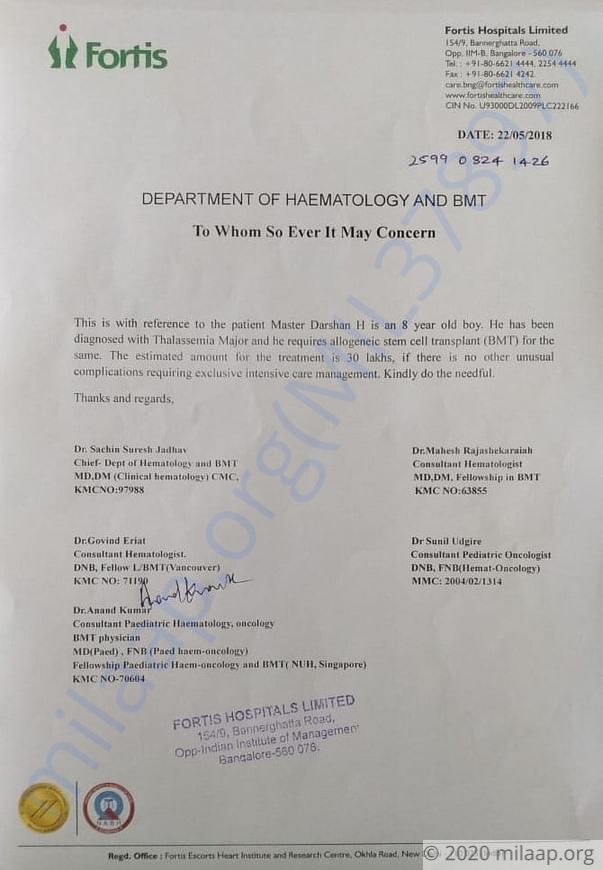 Donate
Report fundraiser
See how thousands are crowdfunding for their causes on Milaap
Rs.49,101 raised

Donated to this campaign via Paytm? Click here if you can’t find your donation listed below.
As
Aligundla donated Rs.200

Get well soon .God bless you

please donate,u may leave liquor for one day

Paramatma Please you are source of inginite love, succour and kindness. Shower yoir lobe on child and please return his health back to normal Pranam Naman

Donated to this campaign via Paytm? Click here if you can’t find your donation listed below.
As
Aligundla donated Rs.200

Get well soon .God bless you

please donate,u may leave liquor for one day

Paramatma Please you are source of inginite love, succour and kindness. Shower yoir lobe on child and please return his health back to normal Pranam Naman 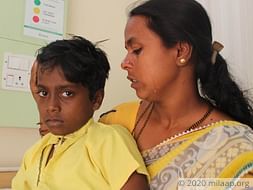 8-year-old Body Has Been Pricked So Much With Needles, Can't Find Vein