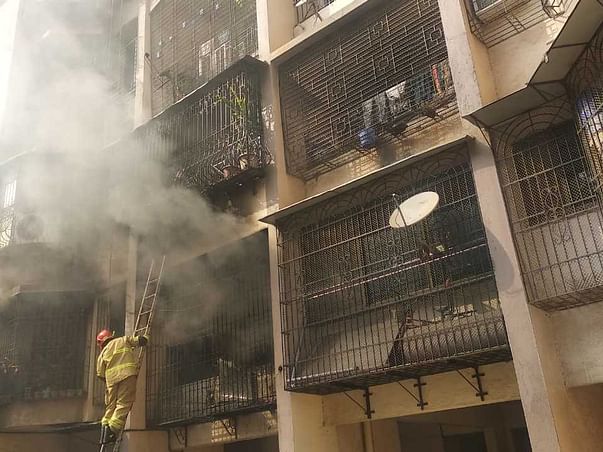 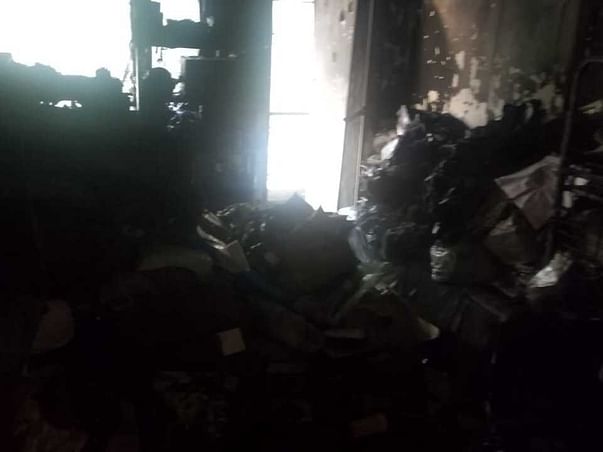 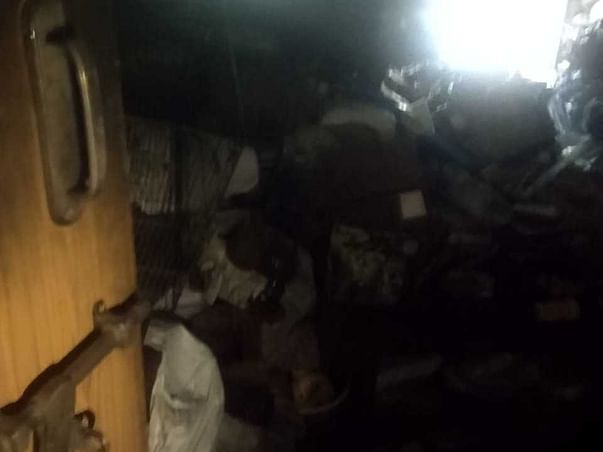 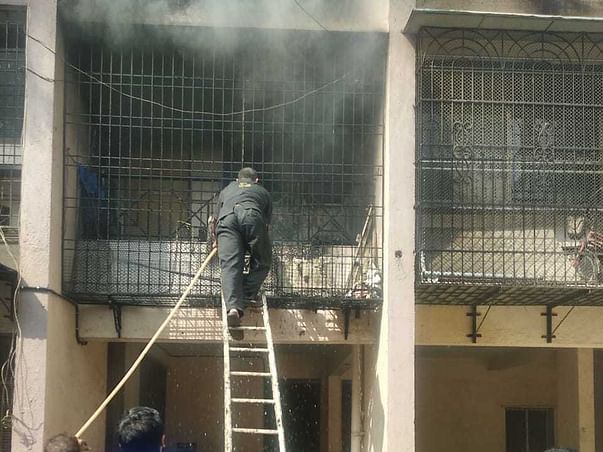 This fundraiser is for my father's school friend the son of an ex-senior scientific officer of BARC. He is currently jobless who is staying with his ailing mother and taking care of her. His father expired many years ago. Chiru & his mother were staying happily in their small world but 16th December 2019 was a tragic day in their life. Their house caught fire. Everything they had is turned into black ashes. By God's grace Chiru's mother is safe but under a lot of trauma. She was home alone at that time. Here is what Chiru has to say...

So this 🔥 fire incident happened on Monday 😲.

The day started as usual.

I had gone out to buy chapatis for lunch maybe around 12:30 PM.

I was returning when I saw one neighbor waiting to get his grandchild Vishnu from school bus.

Since I am fond of Vishnu, I too started to wait for the school bus for Vishnu.

About five minutes had passed, one bai told uncle,

I quickly left uncle at bus stop and rushed to Ch1 building where I stay.

Thick black smoke was coming out of ch1 building.

It's  a 7 storeyed building.

People had rushed out of the building and standing outside, watching.

I immediately thought of mummy and rushed to my flat, and to my horrible shock, I found it was my flat where the 🔥 fire had struck.

Everything was dark inside with smoke. The heat was tremendous. The living room had turned into a furnace.

I shouted "maa" "maa" few times, but I couldn't get any response.

I thought my mummy must have breathed her last, and fire must have got her.

I tried to go inside the house, but I was pushed out by the heat and smoke.

I put water on my self, took a deep breath, and started to go inside.

But the heat came on my eyes. It was simply not possible to go inside.

I started asking people have you seen my mother anywhere?

I immediately went outside, and to my relief, saw mummy standing in balcony, still alive.

Smoke was coming out from all around her. But she was able to breathe fresh air.

Ya, so once I saw mummy in balcony, I again ran back inside house and tried to go inside house, but no chance. Living room was a furnace.

Soon 🔥 fire personnel arrived, and I heaved a sigh of relief. Now mother can be rescued, I thought.

But, these fire fighters, could make no progress.

They to failed to save mummy.

They were asking me general layout of our flat.

I explained them, but even after trying for half an hour, they could not bring mummy out.

They went inside, and I started waiting, expecting my mother should be brought out any minute.

But another half an hour passed, nothing.

Then suddenly I heard my mom's cries, and realized she was being brought out.

I was relieved to see mummy, and she was taken down.

I ensured she was okay and again came up to my flat again to see progress.

But not for long.

Soon someone told me I have to take mummy to hospital.

I was confused, now what happened?

One Dr was examining her.

It seems she had complained about breathing problem, so Dr was called.

Dr checked her and told me she needed to be given oxygen, and kept under observation for one day.

Other neighbor called BARC kharghar dispensary, but they said it's better to take her to hospital casualty, because that's better equipped.

So, a car was arranged, and I went with mummy to BARC hospital casualty.

After two hours of observation and oxygen, mummy was allowed to go home.

By the time I came home, the story of 🔥 fire was long over.

All my belongings had been thrown out of flat. Sunita was keeping an eye on my things.

When in hospital, I had requested Sunita from CBD to go to kharghar flat and tell me what was happening.

Fire personnel threw all my things outside.

Worse than any flat seen in horror movies.

For few nights me and my mom slept in neighbor house.

From yesterday 19th December 2019, we shifted in our house.

🏠 House has got a black coating throughout, all rooms. Though the fire was contained within living room, the heat melted plastic items in all other rooms

Was staying with neighbor.

From yesterday staying in our flat.

All rooms black, and all rooms have molten plastic objects. But fire didn't travel to other rooms. Fire was contained in living room.

All my living room clothes burnt, and clothes in room blackened.

I was wearing same 👗 dress for three days continuously.

Then yesterday one uncle gave me his green shirt and 👖 jeans and banyan.

Mosquitoes have free dinner. You must have heard windows 10 getting deleted.

Our windows 13 was deleted. (13 is the flat number.) So mosquitoes now have free pass. Cannot sleep for a single night.

Chiru is a very Chirpy and positive person. Please help us regain his trust in god and positivity. As well as help his mother get out of trauma. They require around Rs 3 lakh to renovate their house again and make it liveable again.