I support Down Syndrome, Will you? | Milaap
Milaap will not charge any fee on your donation to this campaign.

I support Down Syndrome, Will you? 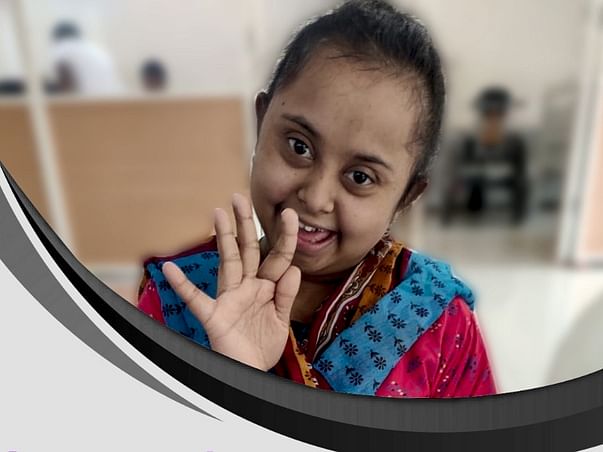 Did You Know? - Every year between 23,000 and 29,000 children are born in India with Down Syndrome, which is the highest in the world.  But the survival rate is only 44 per cent for those who have a congenital heart disease.

Down syndrome is the most commonly occurring chromosomal abnormality, resulting when an individual possesses three, rather than the usual two, copies of the 21st chromosome. This excess genetic material affects a person's physical and cognitive development. People with Down syndrome will have some degree of Intellectual Disability , usually in the mild to moderate range. There are many characteristics associated with Down syndrome, including low muscle tone, an enlarged tongue, a flat facial profile, and increased risk of related medical conditions. However, every person with Down syndrome is a unique individual and may possess these characteristics to different degrees or not at all. In addition, all of these characteristics are found in the general population.

India has the highest number of people suffering from Down’s Syndrome in the world. The numbers are alarming but what is more frightening is the fact that this condition is fatal in India due to negligence, lack of awareness, and obsolete medical and technological facilities. This congenital condition often comes with congenital heart diseases which can be treated. But a vast majority of Indian doctors advise against surgery for infants whose body weight is less than 10 KGs because they are of the opinion that such kids have a slim or poor chance of survival. This leads to further complications like pulmonary hypertension which can lead to a child’s death. Out of the 23,000 to 29,000 kids born with Down Syndrome in India every year, the survival rate is only 44% for those who have congenital heart disease. Improved life expectancy in rich nations has been mainly attributed to early surgical intervention and better medical care.

As a society we need to increasingly work towards the widespread education, knowledge and acceptance of Down Syndrome and diseases that come with this condition.

Amount you donate will be used towards -
Therapy support to achieve their Developmental milestones (Include Speech therapy, occupational therapy, special education, vision therapy) - Rs. 12000/- per month for one child
Teaching-learning material and Adaptive Aids to include them in mainstream school - Rs. 2000/- per month for one child
Assistive devices like Walker, rollator, and toilet chair to make them functional independent for each assistive device - Rs 5000/-
Surgery for congenital life-threatening heart defects - Rs 20,000/- onwards
Support for their Nutrition, per child - Rs 500/-
Support for Therapy Aids - Rs 100/- to 300/-

Scan & donate with any app
check_circle_outline Download payment receipt
Report fundraiser
See how thousands are crowdfunding for their causes on Milaap
Rs.4,706 raised

Thanks a lot Prarthana for starting such an initiative for down syndrome kids.

Thanks a lot Prarthana for starting such an initiative for down syndrome kids.

You are sending a message to
Prarthana Prateek Kaul
Go back 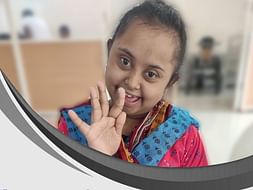 I support Down Syndrome, Will you?