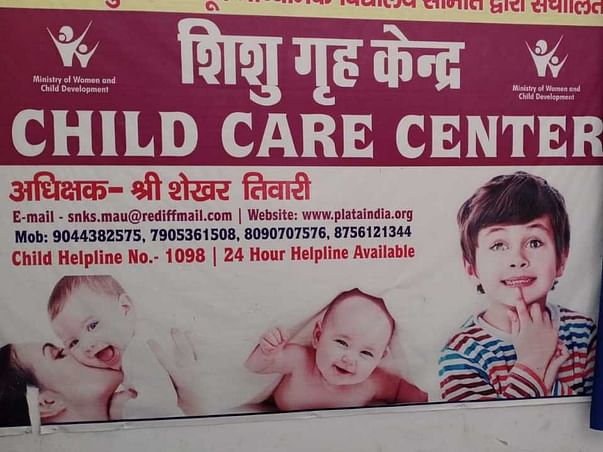 My organization Premlata Manju Tiwari East Secondary School Committee has been working for public
interest in Jamalpur, Mohammadabad Gohna District Mau since 2005. Women children, elders, and other
social work participate extensively. A severe problem was coming to light in the district due to
several rains, in which newborn babies were being received in the district and the adjoining districts,
but due to their not being a central home, those children were sent to Allahabad or Varanasi. Due to
the high number of central homes in those districts, the department had to face a lot of difficulties
in keeping children. The institution is a social organization. All the officials of the department are
interacting with the organization, departmental officials contacted the organization to get a solution
to this problem. In order to get approval to do this restructured work in the organization, the
date of taking approval from the District Magistrate was given to the institution on August 28, 2018, by
the Government of Accreditation. Now the movement of children has started in the institution, in this,
the organization is providing the maintenance, education, and entertainment of children between 0-10
years of age. But in front of the institution, a lot of money is being spent on the care of children,
food and drink, medicine and other things. Currently, the grant is not being received by the government
at present, at present, 6 newborns, 6 children above five years of age are residing in the institution,
the organization faces a lot of difficulties in arranging for the maintenance and milk of these
children. Have to do, 12 workers are also kept in the organization to look after these children.
You are requested to please help the organization.