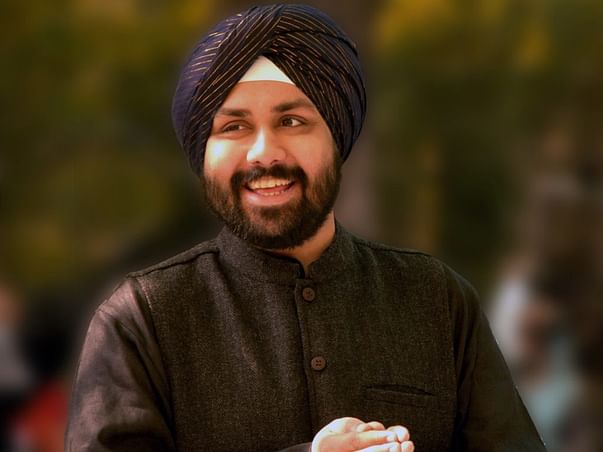 In 2012 the world came to an end for some of us when Arjan Vir Singh passed away after being diagnosed with leukemia. Although he was only 26, Arjan always maintained a child-like innocence about him that was his biggest allure. His connections with the world were never weak, fickle, and manipulative, he always felt and spoke from the heart. His friends and his family were his closest and truest allies. He meant the love he felt for them.
When Arjan left school, he knew that his forte lay in the realm of graphic design. He had a penchant for fantasy books and had begun to devour works by Robert Jordan, Terry Pratchett, Terry Brooks, GRR Martin, JRR Tolkein, Neil Gaiman, and others from an early age. He also loved losing himself in comic books and animation shows and video games. Some of the themes such as love, divine justice, honor, courage, and valor would even percolate through to his poetry which he began to furtively write in school. Little did we know that it even found its way in his short but inspiring life.

Those who knew Arjan only knew the soft and sensitive side to him. As a romantic, a dreamer, a creative genius ready to embark on a journey that would take him across seas to adventures that were constantly taking shapes in his mind. It was only when Arjan was detected with cancer did we find that beneath the soft veneer lay steely nerves and courage we often fail to find in the best we know today.
Arjan did not merely give in to cancer. He fought it like Greek heroes would in great battles that we read in epics. Cancer did not take him down. He overwhelmed cancer and took it away with him.
His life is a constant reminder that no matter how horrifyingly grave the danger in front of us takes form, we need nothing but love and dreams to confront it.
We wish to share his story not because he was our family and friend but because his undying spirit still burns no matter how long and cold the night is. Arjan Vir Singh’s story is a story of life.
We request you to donate so that we can test new donors to be added into the database ensuring all patients get a match (fully matched stem cell donor) in time.