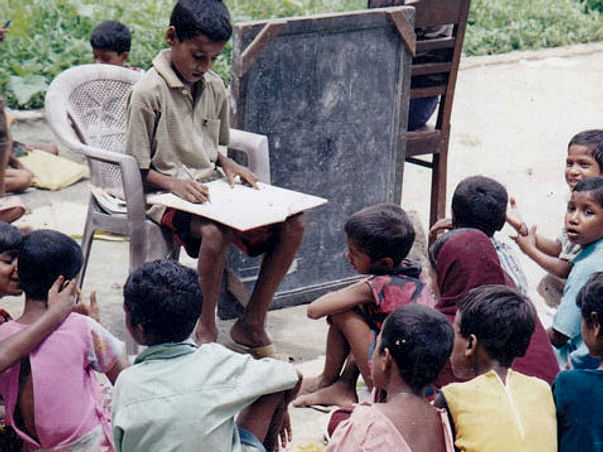 At the age of nine, when most kids cannot even do their own homework, Babar started a school of his own and was titled the ‘Youngest Headmaster in the World’.

When he was a class 5 student, Babar would travel 10 kms everyday to get to his school in Beldanga town in Murshidabad. On his way back home, he would see some of his friends working in the fields, grazing cattle and other strenuous labour that a kid their age shouldn’t be doing. Babar gathered these young kids and started teaching them what he learnt in school that day. His makeshift school started under a guava tree in his own backyard. Eventually, the few kids turned into a large number, who would eagerly wait for Babar to return from his school.

Babar’s teachers thought he was stealing chalk from school

Babar would take broken pieces of chalk from his school after classes. His teachers thought that he was stealing and reprimanded him. But when they learnt that Babar was using them to teach poor children, the teachers started giving him a box full of chalk every week.

He didn’t require fancy resources to run his school.

He would use the terracotta tiles at home to make a blackboard and used newspapers as reading material. “I just wanted to impart education somehow. I didn’t care about the syllabus, I thought if they learn any small thing, it will be an achievement,” says Babar. All he needed was his student’s passion to study to keep his school going.

To ensure the students regularly attended classes, Babar would buy them sweets from his own pocket money. Yet there were a few parents who were skeptical about sending their kids. To convince them, he would collect some rice from his relatives and give it to the parents and in return, the parents would have to send the kids to his school- such was this nine-year-old’s dedication.


Picture Courtesy: https://babaraliheadmaster.wordpress.com/pictures/
Babar started his school with a handful of kids, but today he has taught more than 6000 children from class 1 to 8—a few of whom who have returned to his school to work as teachers. Children at his school- Ananda Siksha Niketan- do not have to pay any fees. The school has been recognized to have helped literacy rates in Murshidabad.

In 2009, Babar Ali won a prize from the program Real Heroes of the Indian English news channel CNN IBN for his work and was awarded the NDTV ‘Indian of the Year’ award. His story became a part of the syllabus for the CBSE 10th standard English textbook, PUC English textbook for Govt. of Karnataka, and also in a curriculum in Europe. He was featured on Aamir Khan’s TV show Satyamev Jayate in July 2012, and is regularly invited to speak at various conferences and forums all over the world.

What does he need funds for?

Babar has indeed come a long way, but he has plans for the future too. He says he wants to create a “dream school” for kids from underprivileged backgrounds and give them good facilities for free.

"Education for all will remain my life mission and, to realise that, several institutions and individuals need to come together. We need people of all sections to come forward and work to bring in quality education for all our country's children, irrespective of their social classes," stresses Babar.

Help Babar Ali realise his dream of ‘Education for All’

UPI: rzpy.givetomlpanandasi002@hdfcbank (Copy to clipboard)
Or
Click here to read the instructions before you make a bank transfer.

Report fundraiser
See how thousands are crowdfunding for their causes on Milaap
Rs.17,393 raised

BA
You are sending a message to
Babar Ali
Go back 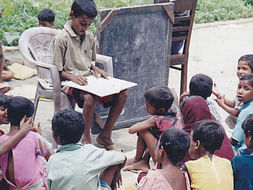