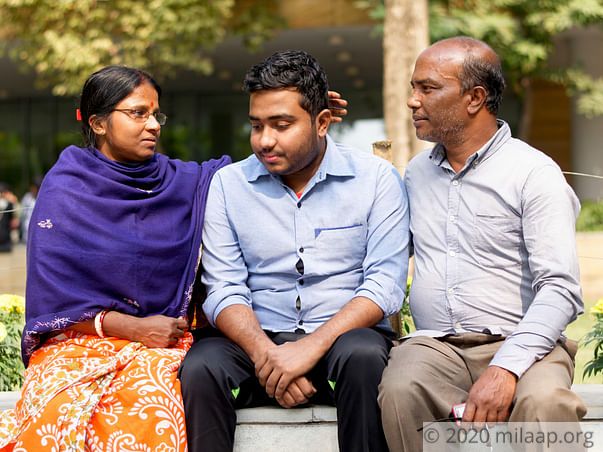 As Atanu was being taken away for his transplant, Animesh and Madhavi stood outside the door of the operating theatre until they could no longer see him through the glass on the door. They then slowly made their way back to the chairs and sat in silence. While they didn’t say anything, their demeanour, the jaded look on their faces and sadness in their eyes were enough to tell even a passerby that they were broken.

“All I could think about was that Atanu wanted to finish college and become a software engineer. For the past few years, he’s been working so hard. When everyone else his age was out with their friends, going for movies or out to eat, he would stay in and study. We often pushed him to go out more, but he would refuse. He always wanted to do well for us and his younger sister. But now, cancer stands in his way.” – Animesh, father

Atanu, a bright student, has many dreams for his future

In 2014, when Atanu completed his cancer treatment and went back home to Bangladesh, everyone thought it was the last of his struggles. Atanu had missed a year of school because of treatment, but he didn’t let that deter his spirit, he started school again, and worked hard. Atanu, a scholarship student, always aced all his exams.

“We all knew that he was meant for great things, but three years later we found out his cancer relapsed. He’s 19, with his whole life ahead of him. How can this happen to him again?” – Animesh

This time, however, chemotherapy wasn’t enough to treat him. He needed a bone marrow transplant. Atanu underwent the transplant two days ago, but his fight is ongoing – he needs to stay in the hospital under strict observation for at least 4 more weeks.

After spending lakhs, his father doesn’t have the means to continue his treatment

Unfortunately, Animesh and Madhavi don’t have the means to continue his treatment. Animesh, who works in a garment factory, has already gone above and beyond his means to afford Atanu’s treatment all these years. This is the final step towards his cure, but they have nothing left to save him. Animesh can’t help but break down every time someone asks him about his son. The thought of not being able to continue his treatment haunts him day and night.


Atanu with his sister

Together, we can help this determined boy fight cancer

Atanu remains quiet and doesn’t say much, even with his parents around. All he says is that he wants to go back home. Atanu is ambitious and is willing to go that extra mile to make his dreams come true, and he can – with your help.

UPI: rzpy.givetomlpatanukis001@hdfcbank (Copy to clipboard)
Or
Click here to read the instructions before you make a bank transfer. 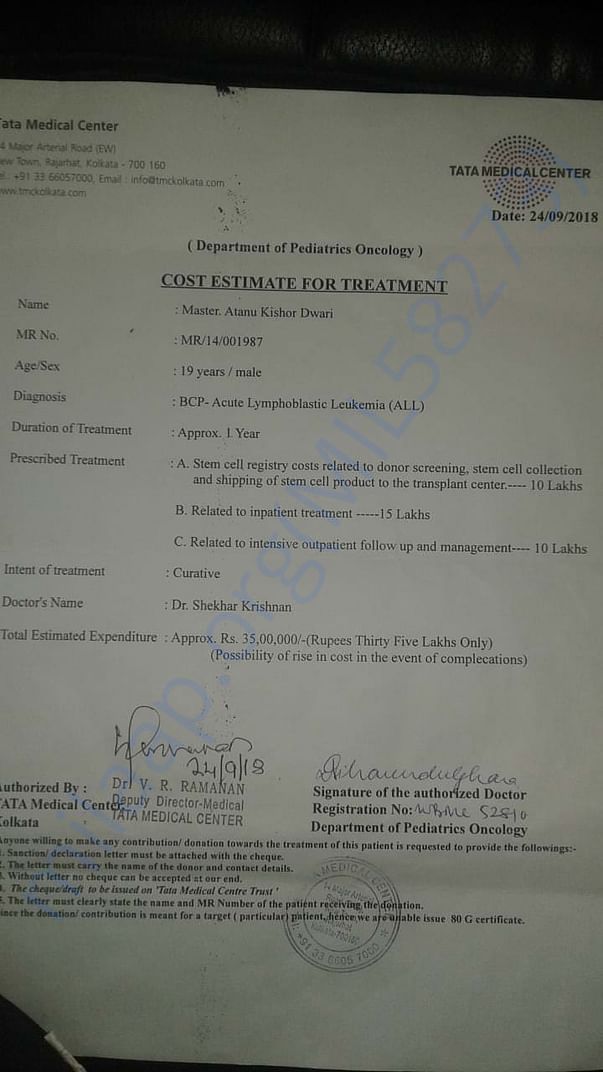 UPI: rzpy.givetomlpatanukis001@hdfcbank (Copy to clipboard)
Or
Click here to read the instructions before you make a bank transfer.

Donate
Report fundraiser
See how thousands are crowdfunding for their causes on Milaap
Rs.11,361 raised 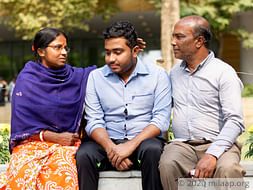