Help 'JeevAsra' Provide A Better Life To The Indian Stray Dogs | Milaap
This campaign has stopped and can no longer accept donations. 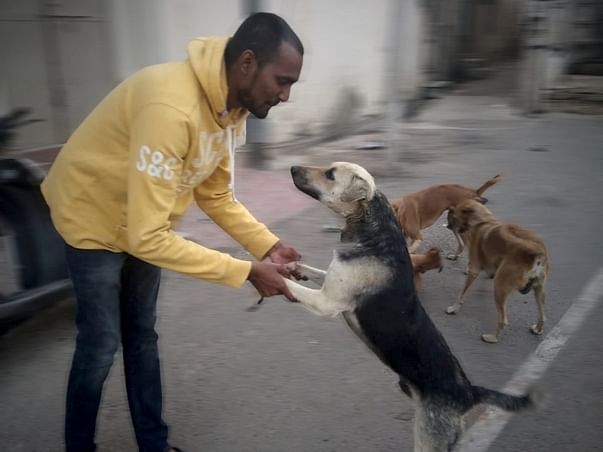 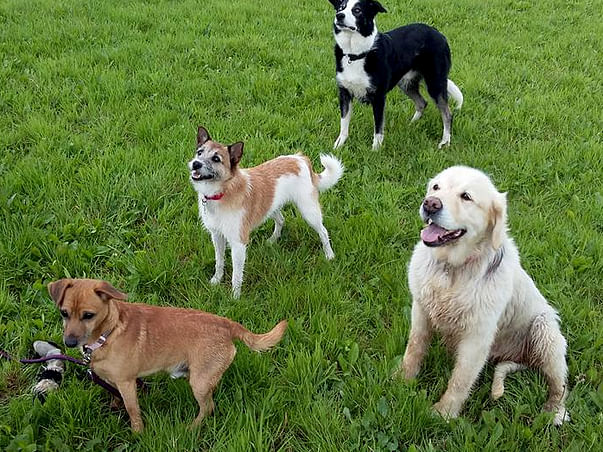 Ashwani Sharma (The Founder of 'JeevAsra') was born in Ajmer, Rajasthan. He did his schooling from Ajmer and went to Mumbai for his higher studies. From his childhood, Ashwani grew up with pets. At some point in his life, he has had dogs, cats, rats and even rabbits as his pets. Ashwani has always been an introvert who finds solace in the company of animals. He firmly believes that this world should be as good of a place for animals as it is for humans.

One day (when Ashwani was in Mumbai) Ashwani was riding in a rickshaw to his college. That day, it was raining heavily and he was running late. While crossing a bridge he saw a puppy standing dangerously close to the edge of the bridge; shivering in the rain. The puppy was desperately looking for some help but couldn’t find any. Seeing that puppy, Ashwani stepped out of the rickshaw, took the puppy with him and dropped him off to a place where the puppy could find shelter and was in no danger from falling off the bridge, that day Ashwani realized that life is not easy for stray dogs and how much it will help to have an organization where these animals can lead a better life and the idea of 'JeevAsra' was born.

THE PROBLEMS THAT STRAY DOGS FACE:

It is quite obvious that when we go abroad; say America, there are hardly any stray dogs roaming around on the streets but in stark contrast, Indian streets are home to roughly around 3.5 crore stray dogs.
1. Most of the stray dogs do not have access to healthy and regular food. They can be found in dumpsters scavenging for anything to eat.

2. Most of the stray dogs do not have a shelter and can be seen sleeping on roads or under cars. In adverse weather and environment, they have to face many difficulties since they do not have proper shelter.

3. Most of the stray dogs are prone to many diseases like rabies, infections, etc. because of the environment that they live in.
4. A dog that is out on its own can cause a collision when it runs in the road, which might even result in injury to other people and also to itself. There have been ever increasing accidents to stray dogs.

5. *THE WORST OF THEM ALL* Mass Killing of Stray Dogs is common in India. In 2008, the Kashmir government passed an order for getting rid of its 1,00,000 stray dogs by poisoning them stating that “that is a humane way of killing them.” In 2015, the Kerala Government also passed an order to carry out mass killings of its strays because they were creating a menace by biting people. Sadly, since time immemorial, the only solution that we end up adopting is practicing inhuman cruelty and violence on these innocent beings.
Their fault? They are born on the streets and no civilized family wants them.

There are a few solutions using which we can provide these stray dogs a better life. To name a few: Sheltering, Neutering (The process of removal of an animal's reproductive organ so that it cannot reproduce further), non-governmental rescue actions and programs. The most effective way is obviously; 'Sheltering.' If we can provide decent shelter for these dogs with enough food and a healthy environment to live in, we can solve all the problems that these dogs face and cause. They can have a shelter, enough food, proper vaccinations so that they do not catch deadly diseases and also that they do not transmit these diseases to us humans. There will also be no issue of these dogs running into vehicles and we can also put an end to the most inhuman way of them all; 'MASS KILLING.'
So, with this one gesture and measure, our organization 'JEEVASRA' will ensure that we solve the bulk of the problems caused to and by the street dogs and also save the lives while controlling their population.

The funds that we raise through this campaign will go into:
The rent of the land on which the facility for the dogs will be built (This is the address where the facility will be built - Plot number 15, Sparsh Industrial Area, Derathu, Near Ramsar Road, Nasirabad, Ajmer): Rs. 20k/month
Daily necessities of the dogs (Food, Bath, Cleanliness, etc.): Rs. 20k/month
Medical needs of the dogs (Regular vaccination and emergency treatment): Rs. 10k/month
Construction of the facility for the dogs: Rs. 60k

These voiceless creatures have been facing all sorts of cruelty due to us humans. It is high time that we take the responsibility of our actions in whatever way we can. We are trying our best to give these creatures the life that they deserve.
*We urge you to help us in our initiative by donating to our campaign. Any amount donated to this campaign will be of great help to us and to these dogs.*
Donate

You are sending a message to
Ashwani Sharma
Go back 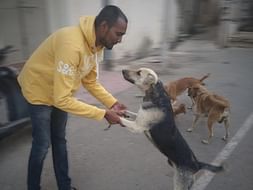