Fund To Cover Legal Fee | Milaap
This campaign has stopped and can no longer accept donations. 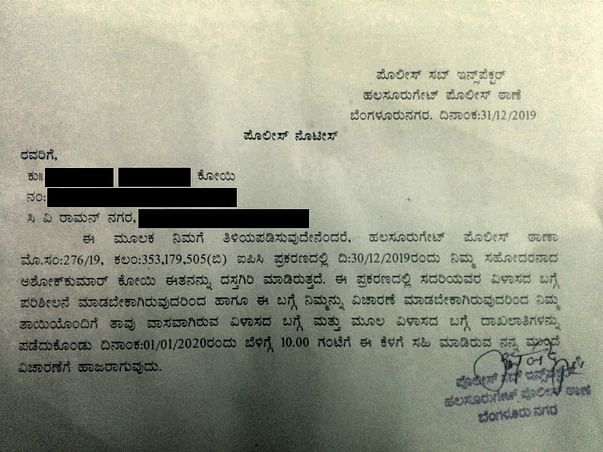 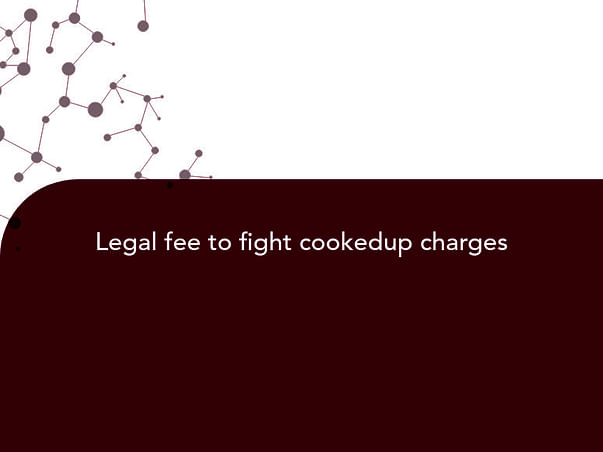 Previous Next
I was arrested by Bangalore Police for wanting to go and do a bike rally to protest at detention center in Sondekoppa, Nelamangala, Bangalore from Mysore bank circle, Bangalore

Police filed charges of Assaulting a police officer, not disclosing info when asked by authorised police officer & finally Making statement intended to cause fear, or alarm the public, when I specified my intent to go to detention centre & asked people to join me for bike procession. Does that amount to causing alarm & fear? To whom?
Using these charges, they ceased my bike, mobile, DL & Hall ticket & filed cases against them as accessories to a crime
They also sent police to my home demanding my sister & mother to showup at station when they had nothing to do with this
I intend to fight these charges as they are not back by evidence

As of now I paid a total fee of 20,000 to lawyers as fee for getting my bail. One generous member of our anti-NRC group funded this fee. She would like to remain anonymous. Since 20K is quite a sum, I would like to pay her back so that its not a huge burden on her

I approached few lawyers who offered help pro-bono, but not all lawyers are created equal & even after pro-bono, there are still costs

One lawyer informed me that it will cost me roughly 5K to get bail for my bike, mobile & other items. On top of this I need to fight the case in the court by paying lawyers

I am told getting these items released can take as long as a week to 20 days, which means, my commute is quite restricted. Also, since my mobile is ceased, I need to rely on mobiles of my family members to communicate with anyone without knowing who is who when they call me

This is a request to spread the load across so that I can fight these charges. I will be sharing the details of the expenses as soon as I incur them on my twitter at @thekalinga. As of now, I am not sure about the cost of overall legal expenses as I was never taken to a court/never involved in protests in any serious form before in my life

If we raise more funds than that are required to cover my legal expenses thru this campaign, I will be donating the funds to any organisation that is fighting legal cases in a transparent manner for others like me who are charged when it comes to NPR, NRC & CAA

Chip in & help me out on this

Ask for an update
Donated to this campaign via Paytm or bank transfer? Click here if you have not received an email confirmation from Milaap.
Friends,

As some of you already know, I have already spent 20K as fees on getting bail & one of the member of our group has contributed that sum. I will be paying ~20K to that kind donor out of this funds

Also, I approached an NGO w.r.t legal help. They're quite nice & told me they'll bear the costs, which is a good thing

I'm slightly inclined to pay this NGO part of the rest of the amount later as they are willing to do this on a genuine pro-bono basis, not the sorta-kinda pro-bono

Again, I will ask the views of the funders before I make any payment as the money raised belongs to funders, not mine

So, I will try to be as transparent as I can.

AK
You are sending a message to
Ashok Koyi
Go back 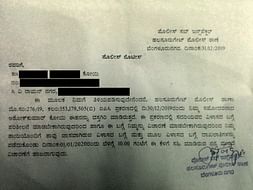