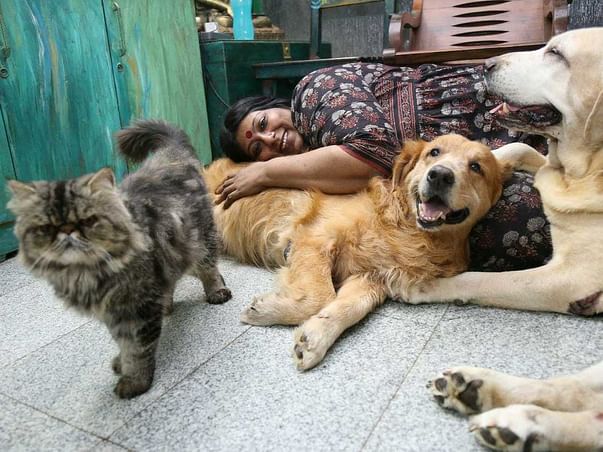 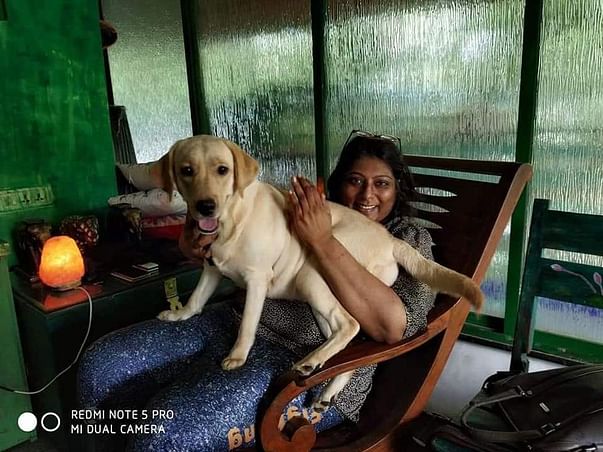 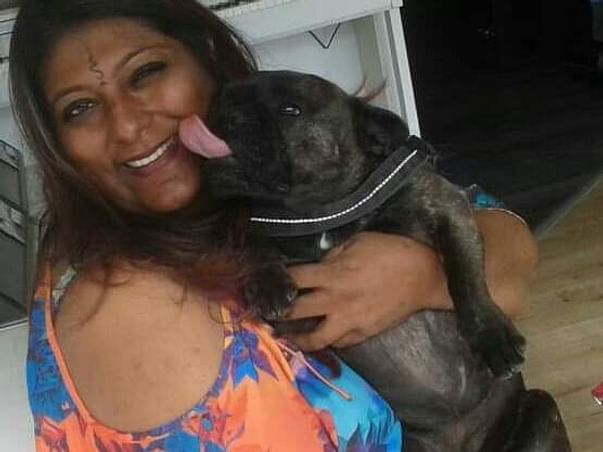 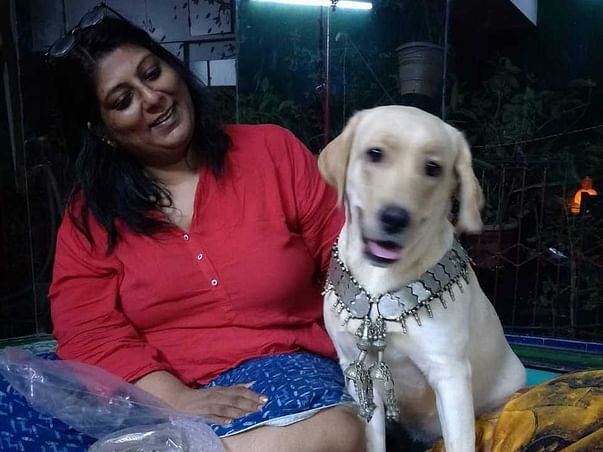 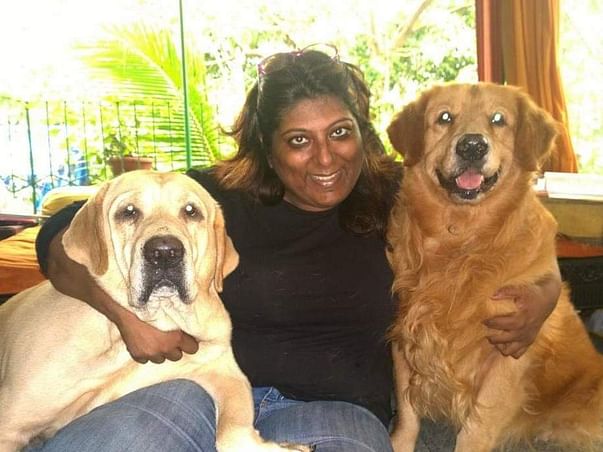 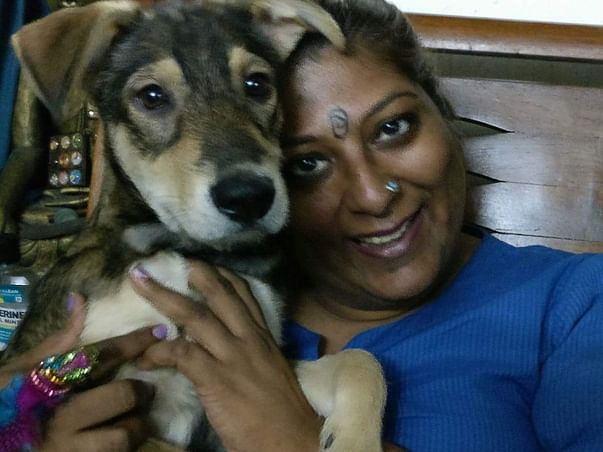 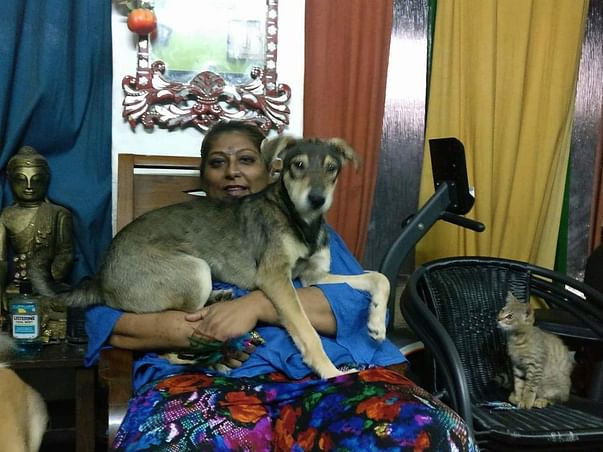 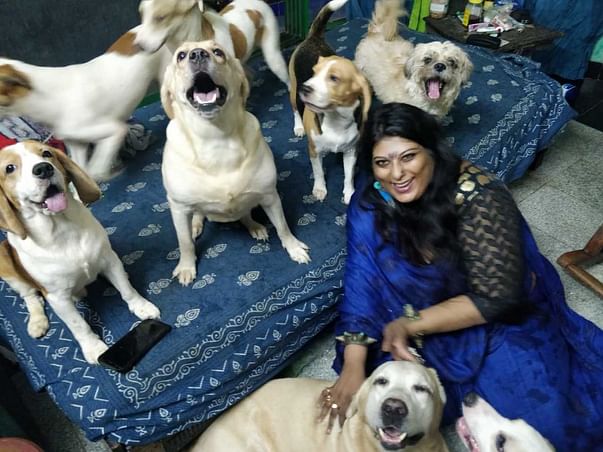 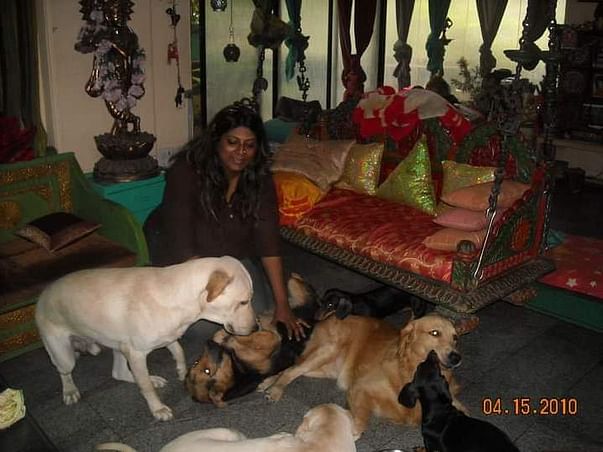 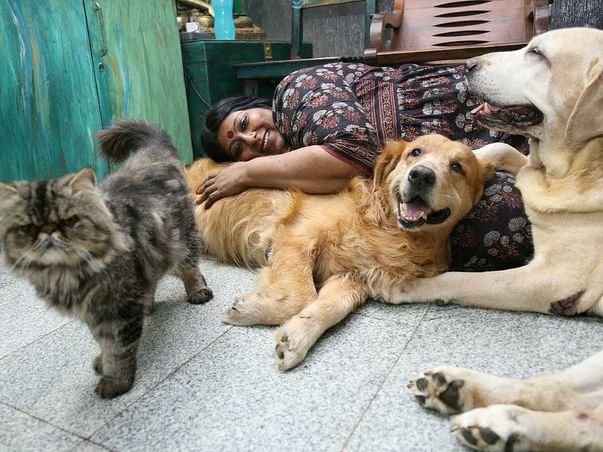 If each person in this world feeds a hungry child and adopts a stray, we would have no stray animals.

THE HUMBLE BEGINNINGS
With this simple principle in mind of Athithi Devo Bhava (A Guest at your doorstep in any form is God), Anusha Srinivasan Iyer welcomed an abandoned and frightened dog. This was in 1990. Anusha was 19 then. TP aka Timepass, a black wag-a-lot followed Jimmy home one day from her walk.
22 years later, when Jimmy expired, the house was a home for many an abandoned animal. With over 111 rescue dogs and cats, Pawsitive Home had opened its heart to rescued and abandoned animals. And how!
It was as though God decided that it was time it rained cats and dogs!

HEART-WRENCHING STORIES
Taking a look at few of the stories of the Pawsitive family members, there is
Fox -- the Indie breed who had been left in the trunk of a car to die for three days Misty -- the golden retriever was a bag of bones after being abused at a puppy-mill where she was beaten, starved and left to die with bones that healed without medical treatment, Kunju the Lhasa Apso who found himself out of his home one night, Jerry the lab who was on the streets as his owner left the city, Snowy a lactating mother thrown out of a running car, Snow the Husky whose owners were unable to manage his expenses, Quinn the Mother who brought home with her five energetic pups, Chapati the adult Persian who walked in one morning with matted hair, Bholu the white cat who was abandoned by his owners as his kidneys failed, Socks the kitten who brings in all neighbouring hungry kittens for food, Lola and Charlie the loving cats whose owners couldn’t take care of Lola’s medicals, Dobby the lame grey Persian boy who learnt to run on all three... the list goes on...
While those who come are welcomed, the space and the resources need more than just a sprucing up.
EVERGROWING FAMILY
Pawsitive is evergrowing, and needs a new home to accept more family members with phone calls for help coming in every day.
And hence the need for Pawsitive Farm Sanctuary that needs to graduate from being a home to a sanctuary for every animal in need.
Pawsitive Farm Sanctuary aims to provide home not just for cats and dogs but also for old, maimed, abandoned and amputated cattle, donkeys and horses to graze and live as well as help wildlife rescue and rehabilitation next.
This new facility will be home for several more cats, dogs, cattles, horses, donkeys.
Pawsitive Farm Sanctuary will be built on a 2-acre land on the outskirts of Mumbai. It will have fencing, borewell, a goshala, two animal ambulances - one in Mumbai and one at the shelter, a vehicle for transportation, caretakers and an in house clinic.
The plan also includes solar/wind electricity generating rooftop.
The eventual plan post building the farm sanctuary will be to sterilize and vaccinate animals as well.
Plans are also on to have a  first aid facility for cats and dogs in the city, as well as sterilisation initiatives as well.
THE EXPENSES`
Currently the cost of about Rs 4 lakh a month on food, medicals, vaccination, accident case treatment, sterilisation, staff etc are being taken care of by Anusha Srinivasan Iyer from her earnings as a Image Consultant, Brand Strategist, Writer-Director.
But there is a need for 1.5 crore to build the sanctuary as well as provide the ambulance facilities. The sanctuary will also need  maintenance with an in-house doctor and support staff.
The updates as the progress on the campaign will be shared as will be the happiness of our members.
Thanks in Advance...
ZEE NEWS
https://www.youtube.com/watch?v=zm37SC12Kqw
NDTV GOODTIMES
https://www.youtube.com/watch?v=xmkLcv_oxUs
THE TIMES OF INDIA
https://timesofindia.indiatimes.com/city/mumbai/endangered-turtles-rescued-in-mumbai/articleshow/67673496.cms
MID-DAY
https://www.mid-day.com/articles/mumbai-three-endangered-turtles-rescued-from-andheri-to-be-released-into-their-natural-habitat/20295176
SIDDHANT SAMACHAR2whwwwwwwwwbhttps://www.siddhantsamachar.com/single-post/Therapy-dogs-greet-f,.ans-with-pawtraits-at-Versova-Fest