HELP THE UNDERDOGS! | Milaap
This campaign has stopped and can no longer accept donations.
Milaap will not charge any fee on your donation to this campaign. 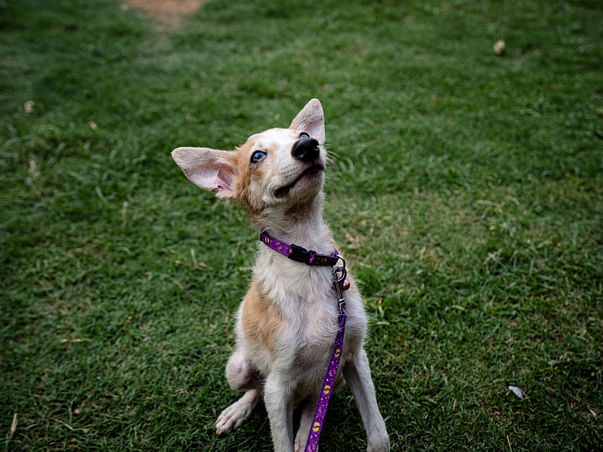 Hello, I am Anoushka, The Modern Mowgli.  I look after 140 dogs on the streets of Delhi and Haryana.

I have found homes for over 50 Indian dogs and cats within India. Due to dearth in local adoptions, rescuers like me have no choice other than to send our dogs seven seas away in the hope of a better home where they will be loved and spoilt just like they deserve.

I am trying to fund raise for two dogs rescued by me in the month of March 2019. I will start with my storytelling now, hope to meet you at the end!


I found two months old Jack, writhing in pain right outside the entrance to my college. He laid there, forlorn and crestfallen, bleeding from his neck. He was most likely abandoned within the university premises by a worker knowing I would find him and not deny help. He had come inside the fawns of another dog, their canines dug deep into his neck, he remained there squealing for help. He was alive but barely breathing.

He was fit as a fiddle within few vet visits and we moved him into a boarding where we patiently waited for a family to come and take all of his woes away. Days turned into weeks, weeks turned into months and now, our Jack has completed six months at a boarding yet not had even one visitor meet him in all these months.


He has watched puppies be received happily by their families, bouncing on their laps, kids leaping with joy upon reuniting with their dogs after being away for only few days. There’s nothing more he has wanted in life than to be the dog who is loved and not forgotten.

Our Alvin, the naughtiest chipmunk, came to us from the heart of Dili, lovers’ maze, Chandni Chowk. He had enjoyed the warmth and safety of his mother’s womb for months but when it was time for him to finally see the love of his life, his loving mother left for her heavenly abode, orphaning her two little ones. Before I could make arrangements for them to brought to me, Alvin’s brother was mercilessly crushed under the wheels of a car.


This orphan and distemper survivor has had his strength and will tested several times. Every time life threw a curve ball at him, he drew his bat out and swing it right out of the park!
Both of them have preserved and prayed for months and months. They have finally found homes in New Jersey and are ecstatic to meet their families and finally have lives that they always dreamt of.


Their families have covered a significant portion of their transportation yet we need to raise a lofty target! I hope you’re getting what I’m hitting at. We all need to skip a drink at The Piano Man or a coffee at Starbucks and donate it to a good cause and help them fly to their families overseas!
It would ensure that these two once anonymous dogs, Jack and Alvin, receive a second chance at life which they so rightfully deserve. In return, I can flood your inbox with pictures of them and it will leave you feeling warmer and happier seeing faces of the dogs you have saved.

I hope you will consider donating to this cause. You can follow us on Instagram to know more about us: @themodernmowgli19

Ask for an update
The dogs have safely reached their families in New Jersey. Attaching their pictures with their loved ones.

Scan & donate with any app
check_circle_outline Download payment receipt
Report fundraiser
See how thousands are crowdfunding for their causes on Milaap
Rs.135,695 raised

113 Supporters expand_more
This campaign has stopped and can no longer accept donations.
$150 Million +
Raised on Milaap
Are you in need of financial support for medical or personal emergencies, or a social cause?
Start a fundraiser
Campaign organizer contact_mail

May god bless u!

❤ you deserve a walked buddy!

May god bless u!

❤ you deserve a walked buddy!

You are sending a message to
Anoushka Mehta
Go back 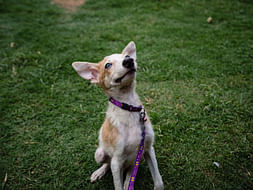