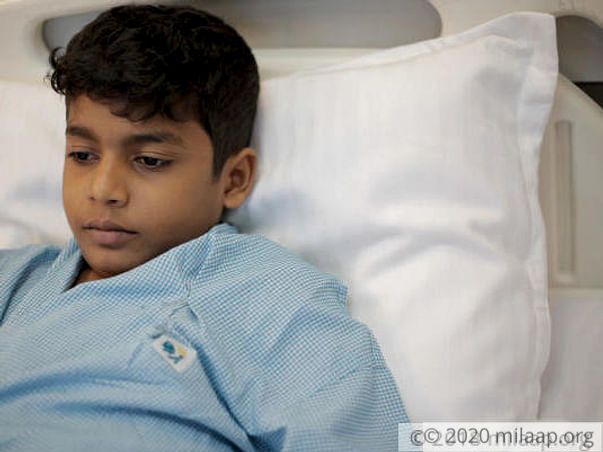 13-year-old Alwin Heltona was once the fastest boy in school. He had won so many medals in track events held at the district level that his father, Antonyraj, a poor fisherman dreamed of the day that his son would represent India at an international competition, and make him proud. But this father's hopes came crashing down 3 years ago when a severe fever affected his son's heart. Today, Alwin cannot even move due to extreme weakness. His heart has slowed him down, and it can kill him without urgent surgery. Antonyraj is just recovering from a surgery he had for a stomach ailment recently, and is unable to go to the sea. He cannot even feed his family of six now, and fears that he will not be able to save Alwin.


“My boy used to run like the wind. Now, he needs help to even walk a bit. He is very fatigued, but the sadness is what is affecting him more. He stares at the medals he won and sheds tears. We're scared for his life, but I have not yet been able to arrange the amount required for his surgery. I dread to think of what would happen if I am not able to arrange the funds on time due to my poor health.”- Antonyraj, father.

This child’s painful journey started with a seemingly harmless fever

Alwin and his family – consisting of his father Antonyraj, mother, Iswari and two brothers, Ajay (15) and Playton (11) – lived a modest but happy life in Thoothukudi, Tamil Nadu. Money was scant, but love was not and they were bound by a common passion for sports. Both Ajay and Playton are star volleyball players in their school and excelled at drawing too. Despite his poverty, Antonyraj tried his best to encourage his sons’ talents in the best possible way he could. Everything was going well for them until Alwin got a high-grade fever that did not subside even with medicines.

“His body was hot for weeks. Then he started getting really bad headaches that made him weaker. He had to be admitted in the ICU for almost two weeks before his fever started reducing. But his headache still persisted. I saw my son becoming someone else during that period – he had lost all his energy and couldn’t even speak properly. We believed that he would be fine in a few days but that’s not what happened.”-Antonyraj, with tears in his eyes.

Alwin was diagnosed with a severe heart disease soon after, that changed his life for the worse

This poor child’s fever had done irreversible damage to his heart – it had caused a narrowing of an important valve in the heart that carries oxygenated blood from the heart to the main artery and then to the rest of the body. This meant that the oxygen level in his body had become staggeringly low, resulting in a weak heart. Doctors gave him medicines for a year-and-a-half, but he continued becoming weaker and weaker. And the worst part – he could not participate in athletics anymore.

“His heart rate was so rapid that sometimes we felt like it would explode out of his chest! Even walking for 10 minutes would trigger this problem. He had also begun losing temper more frequently – which made his heart beat faster. His mother and I initially thought that it was because he was entering his teen years, but a doctor told me that it could be because of his bad heart.”-Antonyraj

Alwin has not been going to school since his condition worsened, he needs a surgery urgently to survive

Today, Alwin has become so sick that he has to call his mother for help to even get out of bed in the morning. He cannot reach for things easily either as he can only move his arm very slowly. For the past 1 month, Alwin has not been going to school for the same reasons. He eagerly listens when his brothers tell them about their day at school; he misses his friends badly but most of all he misses the speed with which he could get things done.

“Alwin does not say anything, but sometimes I catch him crying silently. Life has come to a standstill for my child and he can do nothing but hope that his parents will find a way to save him – how can we tell him that we don’t have the money for his surgery? The sadness may kill him before his heart does.”-Iswari, mother

Because of the recent surgery that he had, Antonyraj's ability to travel vast distances has been hampered badly. So now, his fishing trips are very brief and therefore he earns less than the Rs 8,000 that he used to earn every month when he was healthy. He had to borrow more than Rs 40,000 for Alwin’s treatment till now. A trip to the hospital in Chennai where Alwin is now being treated itself costs Rs 4,000. Medicine charges are extra – Antonyraj had been borrowing at high interest to pay for all this.

“We do not have a lot of time to save our son. Alwin is getting sicker, but there is not much that we can do – our relatives are poorer than us and nobody is willing to loan us money. Please help.”-

13-year-old Alwin has a severe heart ailment that has made him bedridden. He has become so weak that even performing daily activities have become difficult for him, and he is dependant on his mother. Alwin can be better if he gets a heart surgery, but his fisherman father cannot afford to arrange it on time as he is recovering from a surgery himself and has not been regularly going to the sea. 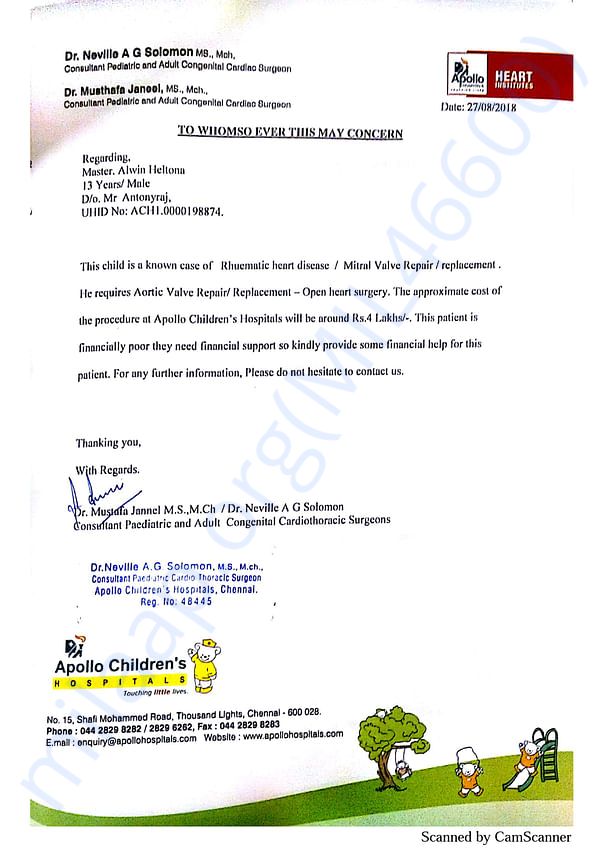 I am glad to see the love and support showered on my son Alwin.

I would like to inform you that he is currently at home and is being treated with medicines. He keeps having recurring headaches and also has pain in his legs. We are awaiting for funds so that we can get him operated.

I request you all to please share the campaign and pray for his good health so that my son can run and play around just like his brothers. Thank you all for the love and support.

Report fundraiser
See how thousands are crowdfunding for their causes on Milaap
Rs.8,105 raised

Donated to this campaign via Paytm? Click here if you can’t find your donation listed below.
ts
t donated Rs.300

The boy will get good soon

God bless u with speedy recovery

Donated to this campaign via Paytm? Click here if you can’t find your donation listed below.
ts
t donated Rs.300

The boy will get good soon

God bless u with speedy recovery 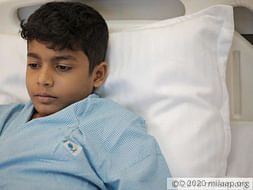