Cancer-Ridden Girl Thinks Injection Is Punishment For Being Naughty | Milaap

Cancer-Ridden Girl Thinks Injection Is Punishment For Being Naughty 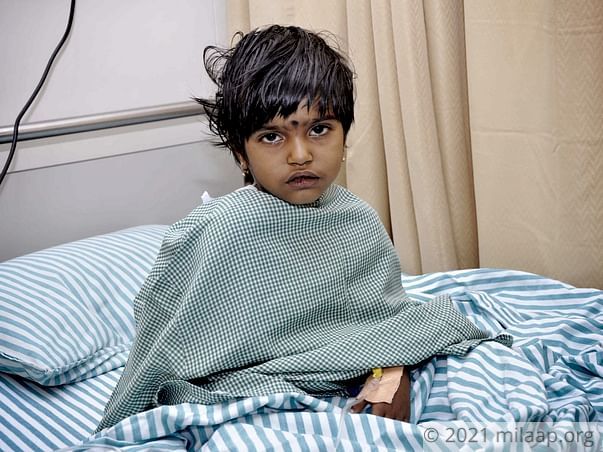 Just a sight of a needle and Akshara’s cries are heard throughout the cancer ward. This 4-year-old who would once happily go to her Anganwadi school in her village, is now engulfed by fear. Fear of the pain of the injections, chemotherapy and most of all, that her parents will leave her in the hospital. “She’s never seen a big hospital before or been to the city, she thinks we’ve got her here because she’s done something wrong,” says Gowramma.

Little Akshara is too young to understand blood cancer – a disease so dangerous and unpredictable that even the thought of it terrifies someone. Akshara has to live through it.

‘We didn’t know the leg pain was a symptom of cancer, we thought she was tired from playing’

Akshara was diagnosed with blood cancer about 15 days ago. What one would think were ‘growing pains’ for children, turned out to be this deadly disease.

“She came back home one day and told us her arms and legs were hurting. We naturally thought it was because she played in school. I asked her if she ran around more that day or if she played a new game. I remember a doctor had come to our village a few years ago. She told us that young children often have pain in their legs when they’re growing. I thought it might be that. But that night she got a fever. Ever since then nothing has been the same.” – Gowramma, mother

With the income of a daily wager, her treatment is unaffordable for these parents

Suresh and Gowramma took Akshara to Bangalore with the Rs. 5000 rupees they had borrowed from their neighbours in the village. They knew that it’s her only chance of survival. Akshara started chemotherapy 3 days ago, but this is just the beginning of her fight with cancer. She needs the treatment for at least 6 more months. The thought of not being able to continue her treatment worries Suresh and Gowramma every day. They’re just small-time farmers in a village south of Karnataka.


“We don’t even have our own land. I work on others’ farms for Rs. 150-200 per day. That’s barely enough to take care of my three girls and my wife. She can’t go to work regularly  because she has to take care of our daughters.”- Suresh, father

With little money in their pockets and hope in their heart, they plead for your help

Akshara’s favourite time of the day is playing with her sisters. They play hide and seek every evening after school. But now, Akshara is in the hospital fighting a deadly disease.

“Someone in our village asked us to take her to Bangalore, they told us she will be cured there because of the facilities. We reached Bangalore little money in our pockets and hope in our heart. We’ll do anything to save our daughter, but we need your help. ” - Gowramma 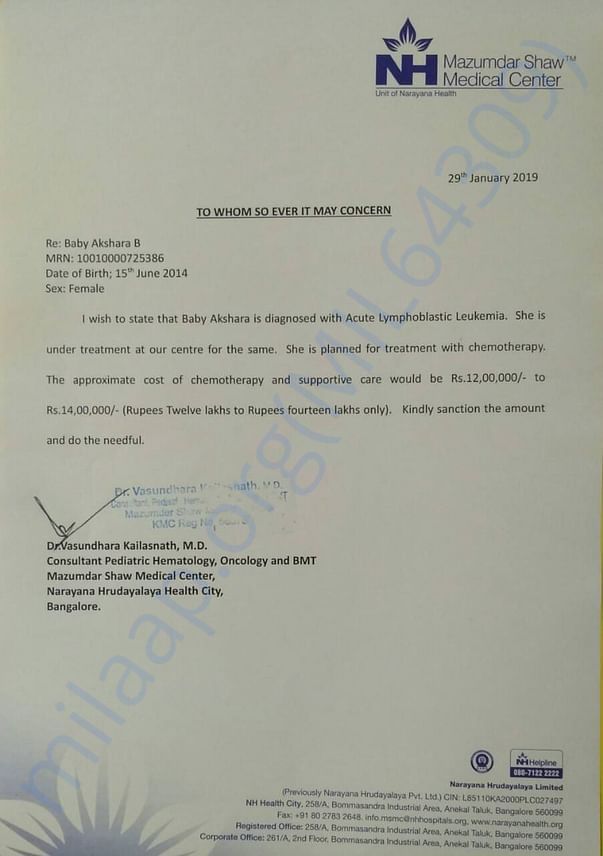 Akshara has completed one year of chemotherapy. She is currently undergoing chemo once in a month and she has improved so much.
It was only with your help that we were able to start my child's treatment.

Thank you!! May God bless you and your family.

Akshara is recovering well. She is going to the hospital for her regular check-ups

Akshra is doing well. She came for followup blood tests.

Scan & donate with any app
check_circle_outline Download payment receipt
Report fundraiser
Know someone in need of funds for a medical emergency? Refer to us
Rs.588,637 raised

Donated to this campaign via Bank transfer/QR Code? Click here if you can’t find your donation listed below.
A
Anonymous donated Rs.2,000
CW
Caitlyn donated $25

Donated to this campaign via Bank transfer/QR Code? Click here if you can’t find your donation listed below.
A
Anonymous donated Rs.2,000
CW
Caitlyn donated $25 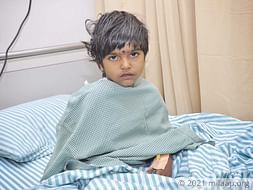 Cancer-Ridden Girl Thinks Injection Is Punishment For Being Naughty