This Teenager's Rare Disease Is Making Her Itch Till She Bleeds | Milaap
This campaign has stopped and can no longer accept donations.

This Teenager's Rare Disease Is Making Her Itch Till She Bleeds 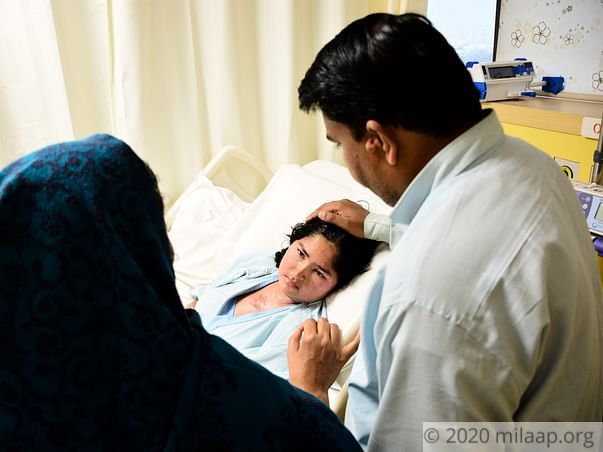 The fall of 2018 marked the beginning of what would be an ordeal of serious and seemingly unrelated illnesses for 17-year-old Afsano Bano. She was teaching grade 1 children as a part of her B.ED internship and enjoyed every moment of it. Her parents were brimming with pride – after her course, she would be the first woman in her family to graduate. However, the bright future they had imagined for her came crashing down when a rare disease that seemed to lay in remission for years was diagnosed at the most unexpected time.


Afsana Bano at school, taken during the internship

Afsana's father Noushad dropped her to the school that she was teaching at every day. But one day, after he had dropped her, she suddenly felt a little light headed. When she got home, she struggled with severe exhaustion but thought it may be because of standing in class the whole day. Despite her parent's advice she continued going to school because she believed that her students needed her more. However, two months ago, she developed rashes on her hands that began to itch so badly that she got bruises all over and it started bleeding.


"She always had a lot of stories to tell us and would always say that she wished she had money to help poor kids. All she kept talking about were her teaching experiences and the children. I regret every minute that I did not take her tiredness and rashes seriously. Within few days, we were shocked to see how the rashes turned into painful wounds." - Noushad.

The once-optimistic teenager now feels defeated by this disease

Afsana’s parents were worried and took her to a hospital near their home in Jaipur. However, her condition began worsening. She lost her appetite, couldn’t sleep because of the pain and constant itching, and had no energy to get up from the bed. After a long wait and a series of tests, she was diagnosed with Juvenile dermatomyositis, which is an inflammatory disease of the muscles, skin, and blood vessels that affects about three in one million children each year. It can become a chronic disease if left untreated.


Afsana Bano before the diagnosis

"She is trying her best to do things on her own, but weakness has taken over her body. She feels defeated. She has always been very disciplined, she never eats out and gets up early in the morning. She helps me mo to do all  the household work and then she goes to college. To see her so weak and helpless is so difficult. " - Shabana Babu, Mother.

Noushad is a daily wage construction worker. He earns around Rs 750 per day, but he gets to work only 4 or 5 days a week. Ever since his daughter's diagnosis, he's been running back and forth from the hospital and hasn't been able to work. Shabana makes pickles at home and sells it in the neighborhood. Along with the household work, Shabana also has to take care of her ailing mother who suffers from a heart condition.


"My daughter feels that she has become a burden to us and she cries uncontrollably. We do not let her know about the bills, but she knows that we cannot afford so much. I mortgaged my house and managed to pay the bills so far. But I don't have anything left now and I need 5 lakh more. I can't take her back home without getting her treated." - Noushad.

You can help Afsana Bano fight this disease

Afsana Bano's life and dreams have come to a standstill, she was waiting to finish her internship and become a teacher. She is very hard working and as the oldest sibling, she has always been responsible. However, a rare disease has shattered her completely. While the itchy rashes on her body have subsided, she still needs continued treatment to completely recover.
Estimation letter 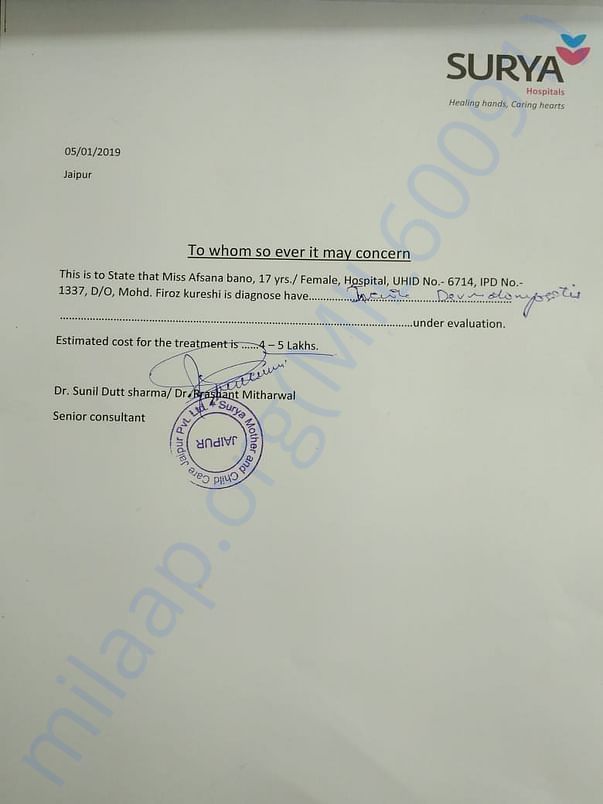 Report fundraiser
See how thousands are crowdfunding for their causes on Milaap
Rs.250 raised

Donated to this campaign via Paytm? Click here if you can’t find your donation listed below.
A
Anonymous donated Rs.150
IH
IMDADUL HAQUE PARVEZ donated Rs.100

Donated to this campaign via Paytm? Click here if you can’t find your donation listed below.
A
Anonymous donated Rs.150
IH
IMDADUL HAQUE PARVEZ donated Rs.100

p
You are sending a message to
pallavi.gupta
Go back 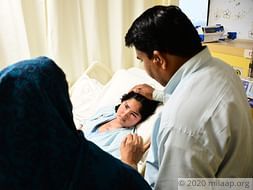 This Teenager's Rare Disease Is Making Her Itch Till She Bleeds