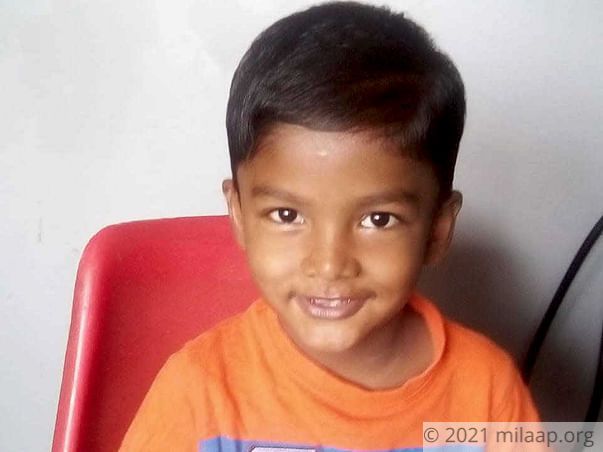 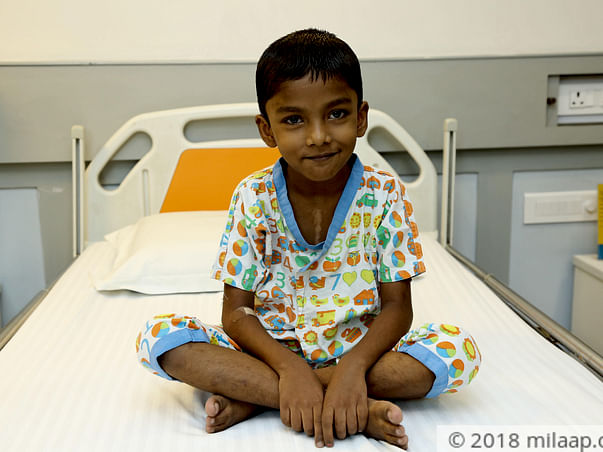 A few weeks ago, 5-year-old Abdullah asked his mom "Why is the sky blue?" and his mother Shakila Banu's answer only fueled his curiosity. More questions followed, faster than Shakila could keep up with as she was busy getting the family ready for the day. "Amma!" he said in a demanding tone. "I have asked you three times already. If you don't answer my question, you have to buy me chocolates!"  Shakila laughed as she shared this story of her son. Unfortunately, the little boy who is so full of life, full of energy and so lovable is suffering from dreadful heart disease and without surgery, he won't make it.

Abdullah has so many questions about the medicines, injections and the frequent scans, but his parents have no words or the strength to tell him about the disease.

Abdullah is the youngest son of Shakila Banu and Abbas. They have two daughters Mariyam(12) and Banu (10). Abdullah was seemingly a healthy child when he was born, the scary signs of his heart disease became prominent after 6 months of his birth. He threw up milk, had severe dysentery and did not gain weight at all. It was then his heart disease was diagnosed and he was given medicines. But it did not help him, he had to undergo a surgery when he was 2-years-old.


"His developmental milestones were delayed and he was weak and tired all the time. Looking at his condition, many said that he wouldn't survive. But he is God's child, he had the strength to fight. With great struggle, we got the surgery done." - Shakila Banu.

The surgery gave him a new life, but only temporarily

Abdullah's parents were very protective of him and thought he'll take time to recover completely and live a normal life. But to their surprise, Abdullah was seen very active and energetic within few days of the surgery. He picked up new words easily and his parents and sisters were very proud of his witty questions. He was playful and smart. He is in 1st grade now and stands first in his class. When his family and teachers were hopeful about his bright future, they got the worst news ever. Abdullah suddenly fell sick and had a severe cold and cough that refused to go away for 15 days. The doctors have said that he needs another surgery at the earliest to improve the pumping ability of his heart. Any delay in the surgery is a clear risk to his life.


"I never thought he had to go through the pain again. I can't come to terms with it. He is slowly losing his energy, he becomes tired within a few hours of playing which is very unusual. I live in fear each passing minute. I cannot imagine losing him. He is our only hope in life." - Shakila Banu.

Financial hurdles on the road to recovery

Abdullah's father Abbas has a small mobile repair shop and earns a meager amount. When Abdullah had his first surgery 3 years back, he had borrowed 2 lakhs and he just finished paying the debts. Now he needs 4 lakh for the surgery which is beyond his means.  He has been struggling to make ends meet. He does not know whom to turn for help and the few thousands that his relatives gave were enough only for medicines.

"He waits for me to come back home till late at night. Not even a day has gone by where he has slept without wishing me 'good night'. He always has some stories and dreams to share. I can't bear if I fail to save him." - Abbas.

Even a small contribution can save Abdullah

5-year-old Abdullah, a vibrant and cheerful boy is battling heart disease for the second time and he needs surgery at the earliest. This little boy spreads happiness and positivity all the time and he is the only hope and happiness of his family but they have nothing left with them to afford his surgery. Their lives will never be same if they lose him. 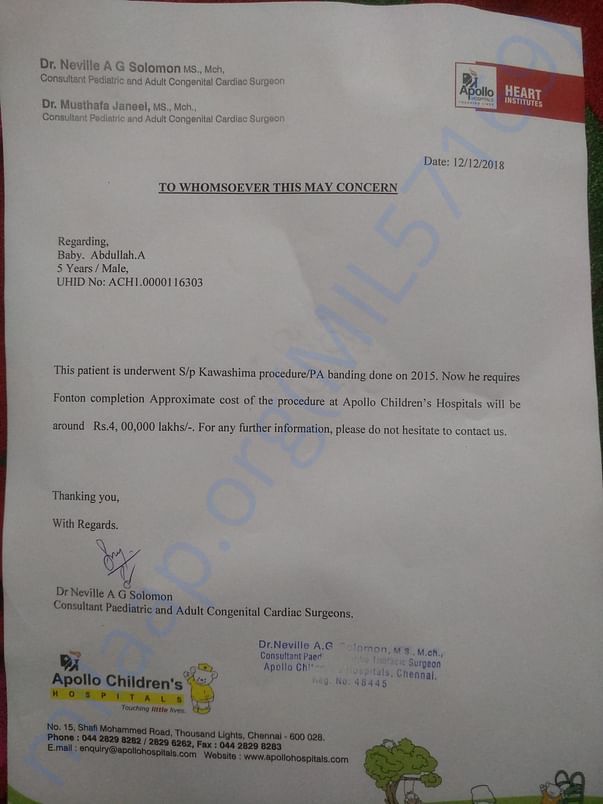 Scan & donate with any app
check_circle_outline Download payment receipt
Report fundraiser
Know someone in need of funds for a medical emergency? Refer to us
Rs.11,318 raised 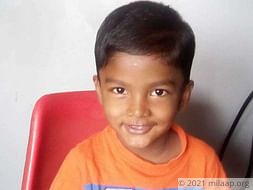