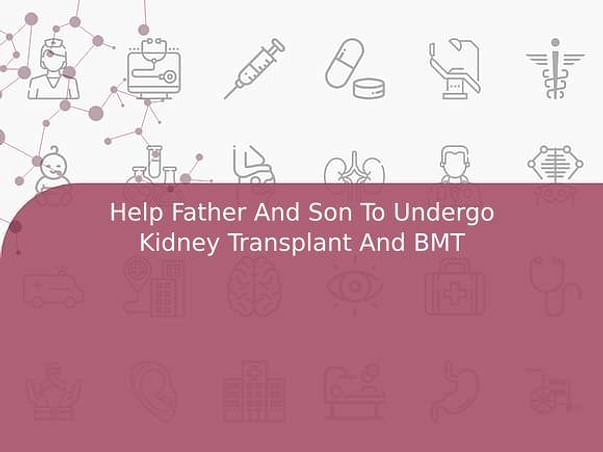 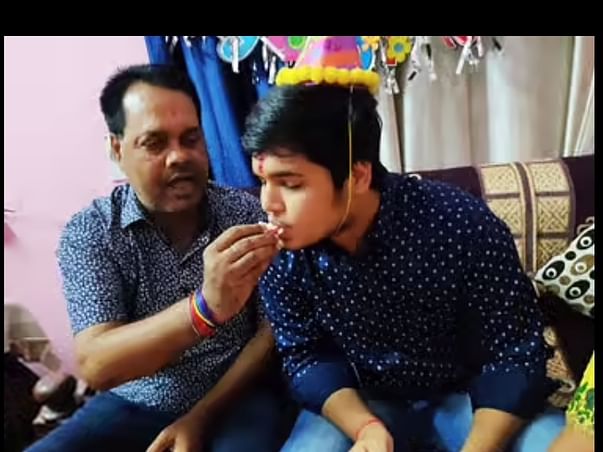 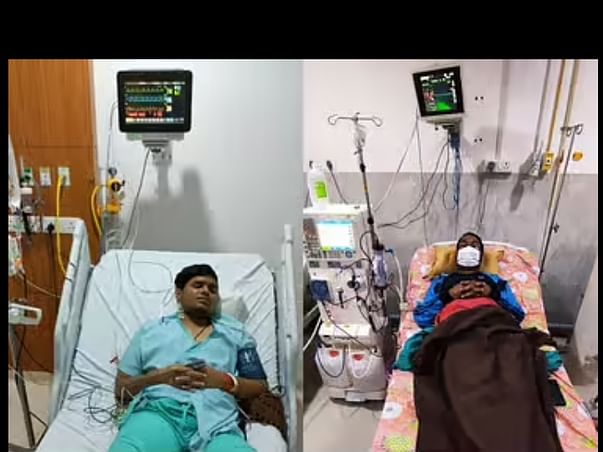 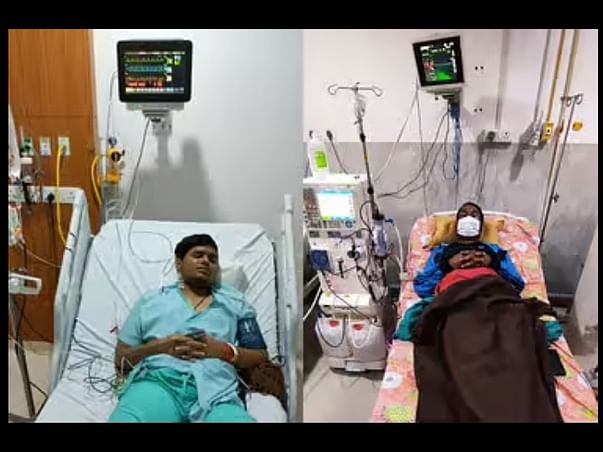 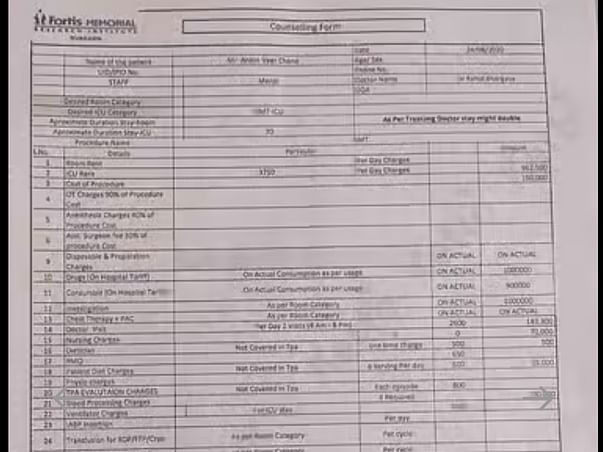 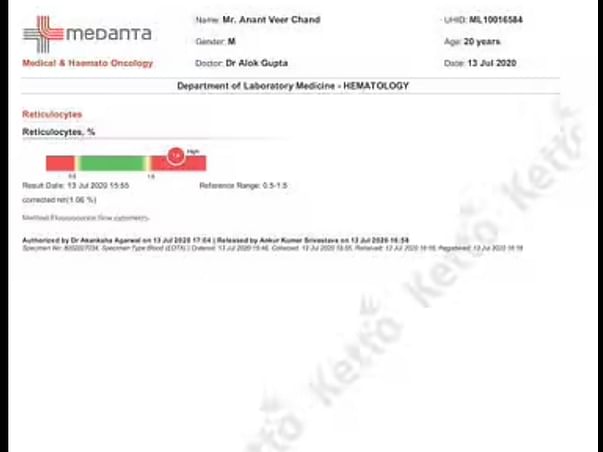 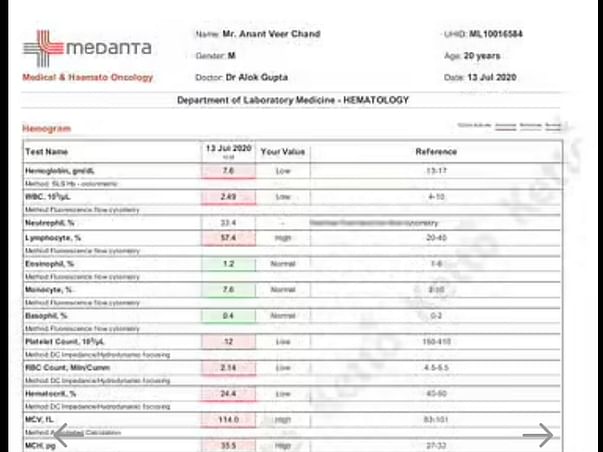 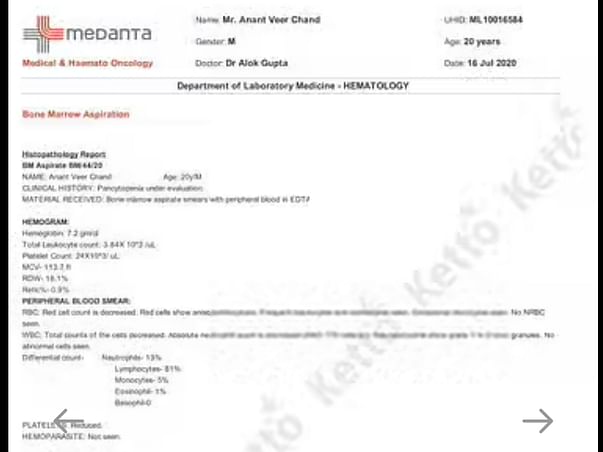 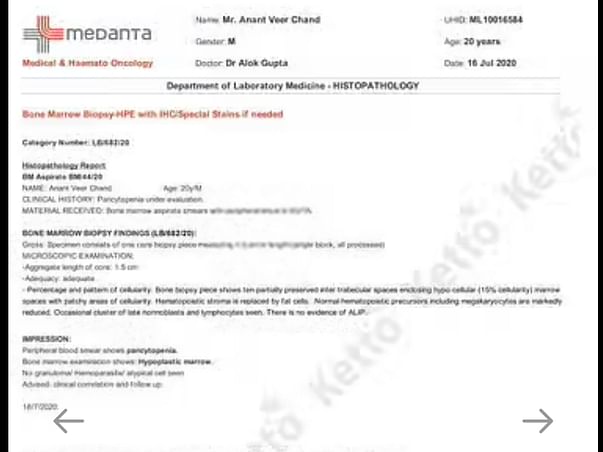 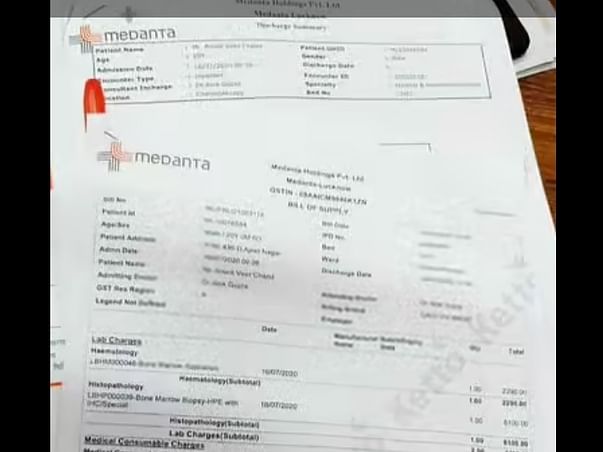 I am raising funds for my cousin Anant and his father Mr. Bhaskar Chand on behalf of his mother. Anant is suffering from Aplastic anaemia in which body fails to produce enough blood cells and the only cure is Bone marrow transplant. His father is suffering from chronic kidney failure and needs urgent kidney transplant to survive, his wife is donating the kidney in order to save his life.
It all started in Jan 2020 when the family became aware of his father's critical condition. After some problems in breathing and swelling of the body, he was taken to the hospital where the family came to know about his kidney failure. He was suggested dialysis thrice a week and a kidney transplant as soon as possible. All the tests were initiated, and the family was preparing themselves for his kidney tranplant. Since his father was the only bread bearer of the family, all his savings were used in the initial tests and they even had sell their lands for funding the transplant.
They being in the worse phase of their life were preparing for the kidney transplant but were unaware one more unwanted heart-breaking news. In June 2020 his son Anant, an aspiring doctor, was rushed to the hospital when his body became weak and pale. His body was unexpectedly swelled up. He underwent few tests and the family received a very shocking news of him suffering from a very rare disease, Aplastic anaemia.
The family was left with nothing to deal with these situations. The family of four was helpless to see the father and the eldest son in such life-threatening situation. In July Anant was taken to a hospital in Lucknow where now his initial tests and blood transfusion were to take place by the money from selling their lands, keeping his father's treatment at a halt. Seeing no improvement Anant was taken to a hospital in Delhi. Here the doctors suggested him immediate bone marrow transplant, but since there was no full HLA matched donor in his family, doctor adviced for an unrelated bone marrow transplant. After a world wide match was conducted by the doctors, a potential donor was found in another country. But due to the Covid situation he could not travel to donate his stem cells for the transplant. The family had no option rather than waiting. While Anant was undergoing regular blood and platelets transfusion twice every week costing around 20000 in each transfusion in order to survive him.
In the September 2020, due to very weak immunity he was infected with a viral infection and was rushed to ICU for 2 weeks. Seeing no possible donor immediately available, doctors suggest for an immediate but temporary solution of Immuno suppressive therapy called ATG, which costed 13 lakh for the procedure and 8 lakhs for the infection treatment accompanied with 5 lakhs of medication and post treatment. Meanwhile seeing Anant his father's health condition also declined exponentially and his creatinine level was shot up to 18. He was taken immediately to hospital and the doctors suggested for the kidney transplant in order to save him. The family had no way to arrange the fund for his father's treatment, eventually it was decided that a sum of 20 lakhs will be used for his father's treatment for Anant's collected fund.
Till now around 30 Lakh rupees have been used in Anant's treatment till now and 1.3 lakh required every month for his medication excluding his bone marrow transplant which still require a backup amount of 50 lakhs for happening in nearest future when the donor arrives. His father's transplant is planned to be done in Feb 2021 which will cost around 20 Lakh and some post treatments which will arrive with it. This cost will be compensated from Anant's fund collected till date.
The family still need an amount of 50 lakh to be collected till the day transplant occurs and and additional 1.3 lakhs every month to stabilise Anant.
Please help the family in their worst phase of life.