Help Me Continue To Educate Over 80 Slum Children | Milaap

Help Me Continue To Educate Over 80 Slum Children 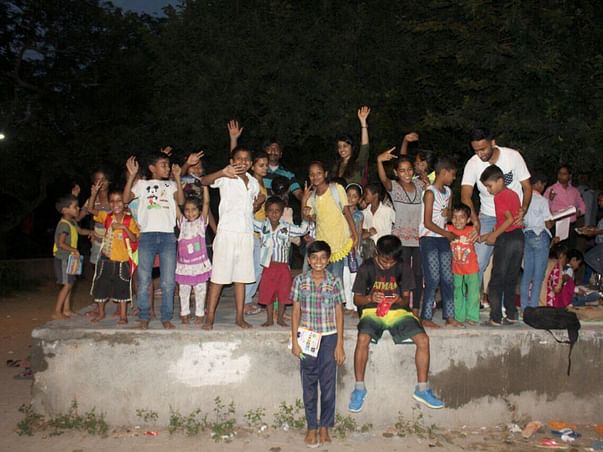 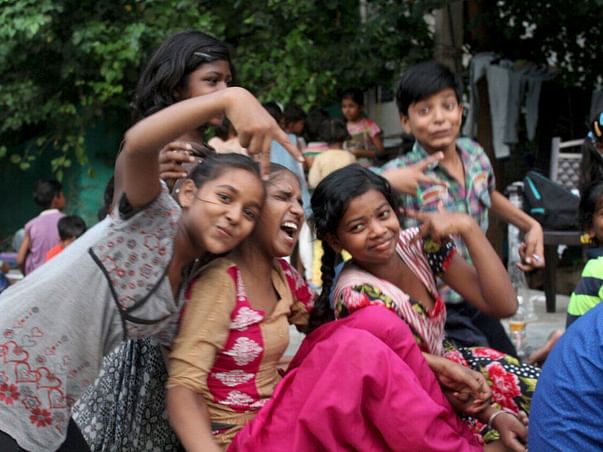 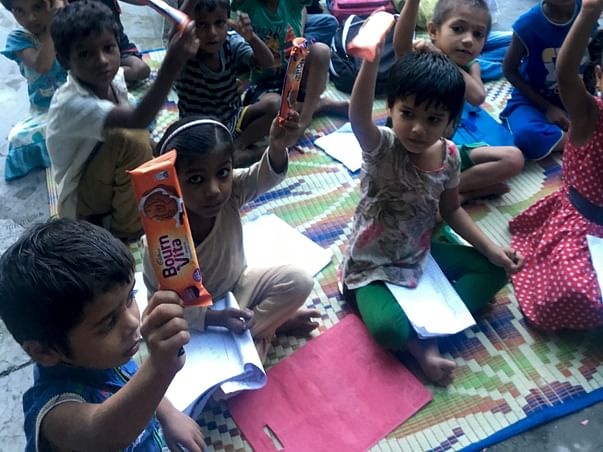 Previous Next
Dream of 80 children and my journey:
Delhi December 2015: It was a dusky, winter afternoon. The Capital City of India was reeling under the harmful effects of pollution with haze obstructing a clear view of the surroundings. Fuel guzzling SUV’s, buses, and bikes were whizzing past around me adding misery to the already bleak environment.

Tagore’s Kabuli Wala and weaving a dream: I was reading a short story, though I don’t remember precisely I think it was Kabuli Wala, written by the maestro Tagore to Sahana, Ravi, Ismile, Himu, Taniya and Imli.
A sudden harsh disruption: My train of thoughts was jolted by a loud, somewhat rude voice, “Hello Madam, what are you doing here again? Who will take your responsibility if something happened to you”.
I looked back and saw a pot-bellied traffic policeman. He came marching towards me with anger and frustration dripping from his face. The seven street urchin fled by the time he came near me. He yelled,” Madam, how many times I have told you it’s not safe here! These kids are only interested in money. They won’t learn anything.” His statement made me nauseated with anger, an emotion I experienced for the first time. I took a deep breath and faked a gentle smile, ”Sir, please don’t worry. I am teaching beneath this flyover just for a few days. I will rent a room soon and then teach them there.”
After a lot of persuasion, he left me alone. As he reached his designated traffic signal my eyes started itching. A tear rolled down.I silently told myself, “It must be Delhi’s pollution, cannot be tears. You are a fighter Jassi, cope with it.”
Delhi 2015: A robotic life without any purpose: I had a 1 room rented apartment in Delhi. The 400 sq. feet apartment, situated in the bylanes felt like a cave. Sun had disowned the place as the rays could not penetrate the canopy of the concrete jungle. The cave was where I slept and saved myself from the beasts lurking in every nook and corner of the concrete jungle. My job helped me in paying the rent of my cave and saved me from starving myself to death.
I had fulfilled the necessities to keep myself alive but my mind was fed up with the monotony of my life. I felt like a hamster waking up every morning, going to work, returning to the cave, feeding myself, going to sleep only to wake up and repeat the exact same sequence of events.
I wanted a purpose to live a meaningful life and I found a cause:


I need your support:
To run such a big initiative alone is a very difficult. It needs some financial expense to pay salary to teachers, bearing transport cost for children, buying stationary and school dress for them. So here I am humbly requesting you, if you think this is a worthy cause please help these kids. You are welcome to come and visit us anytime.
To know more about this you can Whatsapp me @ 8743952210 or write to me @ jazz.ghumman1609@gmial.com

Ask for an update
Donated to this campaign via Paytm or bank transfer? Click here if you have not received an email confirmation from Milaap.
Thank you everyone for your ever ending support, we have completed 2 years on 30th August and celebrated Siyahi's 2nd anniversary with great zeal. No. Of students have also been increases, we have rented a bigger room, hired more teachers to help students excel in academics. Along with education we are also try go help kids learning various skills like dancing, singing etc.
Dear Supporters,

We had started this initiative 1.5 years ago with scratch. Kid's who initially had great difficulty in coping up with their studies have shown great improvement in their final examinations. This month we have celebrated their victory, distributed medals & certificates to kids who have improved a lot, along with that we have distributed water bottles to all 80 kids so that they can beat the heat this summers.We have given them ICE-CREAM treat, kids were really happy & they performed the act on "Importance of Education" & "Stop child labor".

Here's a quick update:
We have converted SIYAHI classroom into complete digital classroom, People from Germany, US are teaching kids online through SKYPE. We have improved the infrastructure of our classroom.


Thank YOU everyone.
Load more
Donate
Report fundraiser
See how thousands are crowdfunding for their causes on Milaap
Content Disclaimer: The information and opinions, expressed in this fundraiser page are those of the campaign organiser or users, and not Milaap.
If such claims are found to be not true, Milaap, in its sole discretion, has the right to stop the fundraiser, and refund donations to respective donors.

Donated to this campaign via Paytm? Click here if you can’t find your donation listed below.
J
Joydip donated Rs.1,000

Good to this team. Was always passionate about making some difference in young children's lives through education (I believe schools are such powerful institutions, it has the power to shape the furure). Never got a chance, but this is my 2 cents towards this.

A
Anonymous donated $300
View all supporters

Donated to this campaign via Paytm? Click here if you can’t find your donation listed below.
J
Joydip donated Rs.1,000

Good to this team. Was always passionate about making some difference in young children's lives through education (I believe schools are such powerful institutions, it has the power to shape the furure). Never got a chance, but this is my 2 cents towards this.

You are sending a message to
Jassi
Go back 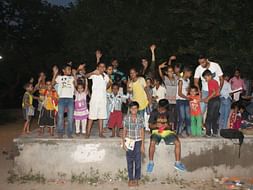 Help Me Continue To Educate Over 80 Slum Children