I first met Shila Ghosh in July 2015 for this interview: http://her.yourstory.com/shila-ghosh-0821

If you are regular on Facebook you might have come across Shila Ghosh's story. Her son, and the family's sole earning member, passed away in 2006 after a 13 year long battle with a terminal lung disease. During this period she had taken on several loans to help pay for his treatment. When he died not only did her family have no means of survival, they also had huge debts to clear.

Shila had been married at 14 and not allowed to leave the home thereafter. She has studied only upto class three. But when she saw no other recourse after her son's death, she stepped out of the house determined to earn a living for the first time in her life. She was well into her 80's and had never left her house on her own before.

Refusing to accept charity, Shila became a roadside entrepreneur. She travels 76 kms everyday from her home in Bally to sell crispies on the footpath outside Haldiram's in Exide. She is 87 today and can barely walk. Severe cataract hinders her vision. But she cannot stop working because her family's survival is at stake.

Her cataract was a problem even when I had interviewed her back in July. But the brave granny, who battles insurmountable challenges every day of her life, is too chicken to go under the knife. She would rather bear the pain and loss of vision than opt for medical care. Also there's the fact that she can't afford it.

Her family is alarmed for her and got in touch with me recently to convince her about the urgency of the matter. After much bribing and assurances, she has consented to the surgery. But the cost and loss of income scares her. She has cleared most of the debts that she had taken on for her son's treatment over the past decade. Now she, understandably, doesn't want to go into debt again.

Why should you help  Shila? If you have ever come across her story on social media before and marvelled at the resilience of the human spirit, then you know that she displays that resilience and strength in full form. Her actions inspire us and make us push ourselves. She makes us believe in the best of ourselves, in what we are capable of. This is not charity but a worthy tribute to a veritable superhero who walks among us.

And she is really really cute.

If she waits any longer, Shila risks her cataract bursting and losing her vision for life. Half of the funds raised will be for her surgery and post operative care. The other half will be for her and her family to get by on while she recuperates from her surgery, since she won't be able to earn during this time.

Shila's surgery will be done by Dr. Abhijeet Sen of the famed Drishti Pradip clinic in Jodhpur Park. She is currently undergoing preliminary treatment from Dr. Keya Sen regarding the same. 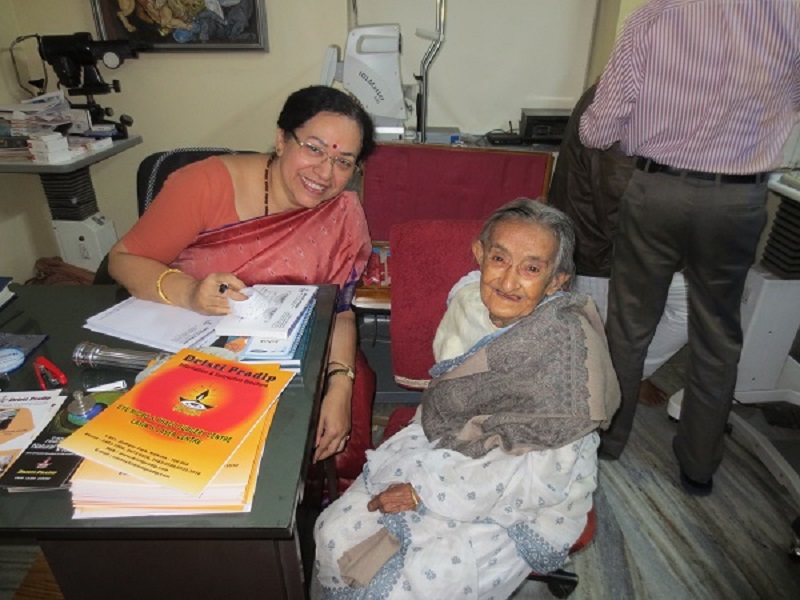 I will be posting regular updates on her medical care, pictures before and after operation, a breakdown of the costs and any other details that are posed to me.

Shila loves meeting her fans. If any of you are in Kolkata and want to pop by while she is admitted to the nursing home, I'd be happy to coordinate a visit.