I am fundraising to save a Family from Suicide | Milaap
This campaign has stopped and can no longer accept donations.
Milaap will not charge any fee on your donation to this campaign.

I am fundraising to save a Family from Suicide 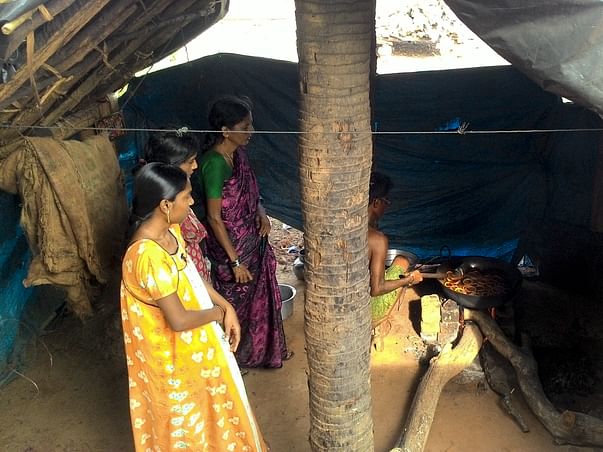 There is a family of Mr. Tatarao in Anakapalli, Visakhaptnam district in Andhrapradesh, who are at the edge of committing suicide for incapability to pay off the debts. Tatarao used to work as Superviser in AP paper mills, he got retired in 2010. His wife is  Savithramma, they have 3 daughters, eldest got married, and two of them yet to get married. With the amount of pressure he has due to the children marriages, after the retirement, he invested all his savings in a business, but nothing came back, as he lost all his investment and made a lot of debts in the business game, he did not tell all these things to his family members. He took money with an interest rate ranging from 3 Rs to 6 Rs for 100 Rs. Money lenders started pressuring him, finally. Savithramma and his children got to know the situation, came to know that they are in the huge trouble. They did not konw what to do, they were looking for the solution. They were suggested that his wife is good in cooking, if they start making use of her skill, they will probably generate some income. During the same time he met with an accident, an auto wala hit him, he lost one of his fingers, his vehicle too got damaged, this accident also put additional pressure on them. After he got retired they wanted to start something using Savithramma skills, they started slowly, they started preparing chakkis, chagodas, mixture, gold fingers and similar hot products. All the family invests time in preparing them, he too prepares. After preparing he takes the products to shops and sells it. Over a period of time, he could make a mark, well established

the contacts.They invest Rs. 2500 for 3 days, from which they get additional Rs. 15000 profit. In a month they invest Rs. 25000 for which they get Rs. 15000 profit. They have a debt of 4.5 L, for which they are paying Rs. 12000 interest every month, it is just interest. Their two daughters are working as teachers in a private school, they go to school, after they come back they will also be part of this work. Their salaries are also paid for these interests. Though they are fighting with the life, outcome is only paying their interest. They are not able to see any hope to clear off all the debts and free from this net. For an instance, they paid 1 lakh ten thousand rupees as interest for 1 Lakh of principal amount they took. This is one example how money lenders mercilessly killing people. Several times they thought of comitting suicide too.

In this situation, they are seeking out for a ray of hope, to get some Rs. 2 lakh to clear high interest rate loans, so that they will get some breathing space to clear all the debts. Though the business has been functioning well interms of the investments and profits, but all the profits are going into the pockets of money lenders as just interest.  Through all their efforts, they are able to show the face to money lenders by paying interest, but not  able  make themselves free from the hands of money lenders and debts.

What do I plan to do with the funds

I will give the funds to that family to clear off those high interest rate loans from the money lenders. I will give them a time of 6 months  to have the breathing space, after that, they will be starting repaying Rs. 5000/- every month for 40 months to the fundraiser and clear off this debt too.

Clarify any doubts you think your supporters might have.

Scan & donate with any app
check_circle_outline Download payment receipt
Report fundraiser
See how thousands are crowdfunding for their causes on Milaap
Rs.30,728 raised

17 Supporters expand_more
This campaign has stopped and can no longer accept donations.
$150 Million +
Raised on Milaap
Are you in need of financial support for medical or personal emergencies, or a social cause?
Start a fundraiser
Campaign organizer contact_mail

May God bless the family..

May God bless the family..

You are sending a message to
Raja Ambati
Go back 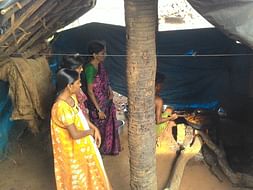 I am fundraising to save a Family from Suicide