Alaguvel's online fundraiser for Medical | Milaap
Milaap will not charge any fee on your donation to this campaign.
I am fundraising to save my 5 months old kid Venudev - Bone Marrow Transplantation treatment
100%
Raised
Rs.25,93,477
of Rs.25,00,000
891 supporters

I am raising fund for My 5 months old kid Venudev who is about to undergo Bone marrow transplantation treatment at Apollo multi speciality hospital, teynampet, chennai, India.

He is diagnosed with PRIMARY IMMUNE DEFICIENCY and is being treated disseminated TB. Bone Marrow transplantation is the only curative option for this condition. There is no matched donor available in world wide registry so Dr team planning to do haplo transplantation from half matched mother's stemcell.

Here is the Transplant estimation cost from Apollo hospital.

Please save and open it in image viewer to see it clearly.

Life was so beautiful when I became a father of a beautiful baby. But the happiness didn’t last for couple of month. When he was 2 months old he developed skin rashes, fever, diarrhea  and under arm swelling(lymph node). We took him to the nearest child hospital and they treated with antibiotics for four days, fever and skin rashes subsided for a while but the WBC count was raised from 32000 to 51000 and the Dr asked us to move to other hospital. We moved him to Kanchi kamakodi child trusts hospital, Chennai. And admitted under chief senior pediatrics Dr. S.Balasubramaniyan There he was treated with antibiotics for couple of weeks but  fever, rashes and diarrhea were not controlled. His liver and spleen enlarged. All possible tests taken and all the tests were negative finally they did SKIN biopsy from the lymph node tissue which was positive for TB. And blood samples send to NIIH Mumbai which resulted that the baby has Immune Deficiency (probable of Interferon Gamma receptor deficiency).

DR explained that this is side effects of BCG Vaccine(BCGosis) and my kid by birth has Immune Deficiency. And then (ATT)Tuberculosis medicine has been started fever and diarrhea subsided. Dr suggested that to cure this primary Immune Deficiency, Bone Marrow Transplant is the only solution and as suggested by the doctors from Apollo Hospital to carry on from there to do Bone marrow treatment. In the meantime my kid lost weight he was 6.2kg when he first admitted, after a month he was 4.1 kg he lost 2 kg weight.

We admitted him at Apollo hospital to take further treatment and he received Interferon gamma therapy injection to boost his immune system which cost was rs 40000. As he was too thin Protein powder has been given through IV tube. Doctor suggested that the baby condition is not good for treatment so to gain his health we need to continue the medicine. And he put little weight couple of weeks later, we continue to feed him protein powder and ATT drugs.

In the meantime underarm swelling grown too much and we had to remove through operation now the swelling is gone but Dr said that it may grow again.

Now he is in stable condition so Dr planning to do the Bone Marrow Transplant and further treatment process will be explained by the Dr in the next consultation. 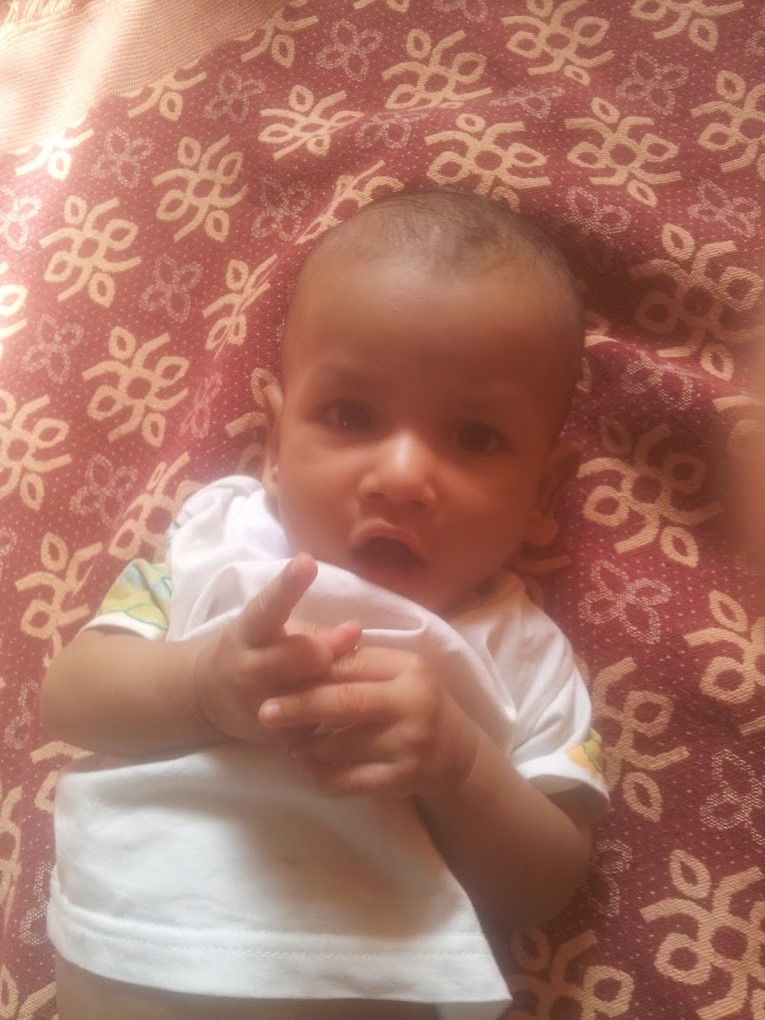