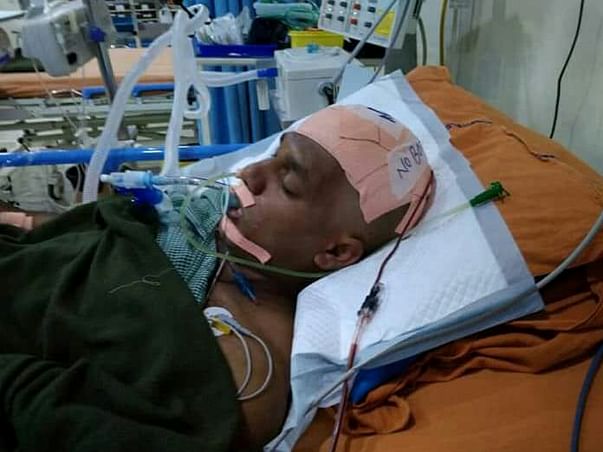 Hi Team,
My name is Vidyasagar Rudraram. I'm a former student of RGUKT Basar of 2009 (B09) batch. My schoolmate Reddaboina Bhasa Kiran (his sister is also former student of RGUKT Basar named Yamini Reddaboina - B10 batch) has to go through a major brain surgery for his internal bleeding.
About patient situation:
A few days back our friend Bhasha Kiran (24 years) had a minor brain surgery which is due to internal bleeding in brain because of blood clotting.

Reason:
Caused with severe headache due to the blood clot in his brain.

What happened till now?
4 days back suddenly he lost his senses and unable to recognise anyone. After magnetic resonance imaging (MRI) scan they've confirmed the blood clot and the bleeding in brain. As it is the sensitive part and the important organ, doctors made a minor surgery to his brain to stop the internal bleeding to stabilise him. It went well and he is partially safe. He is in unconscious since 3 days after the operation. He is gaining conscious and responding after 4 days of serious observation.

Spent Money and Result:
But the problem is still there. He had to go under a major surgery to recover from total internal bleeding. As the minor surgery over, the parents (single parent, father expired years ago), relatives, friends and family spent around 200,000 for the treatment and operation.
"He's been conscious after 4 days of critical observation in Intensive Care Unit (ICU). He's responding to the treatment."
Estimated Money:
For the major surgery they need an estimated 550,000 to 600,000 INR to operate. As the patient has single parent (Mother Devaki) and of poor family (which her mother earns only 8000 INR per month), they need financial support. She and his sister are extremely worried that without the funds their only son/brother will not get better. He needs this major surgery at the earliest before his condition becomes even more critical. As he is the only of hope to the future of their family. . Now join with us to became hope with him for the lovely family.

What you can do:
You can help/save him, lit up hope on a mothers face by contributing for his treatment. 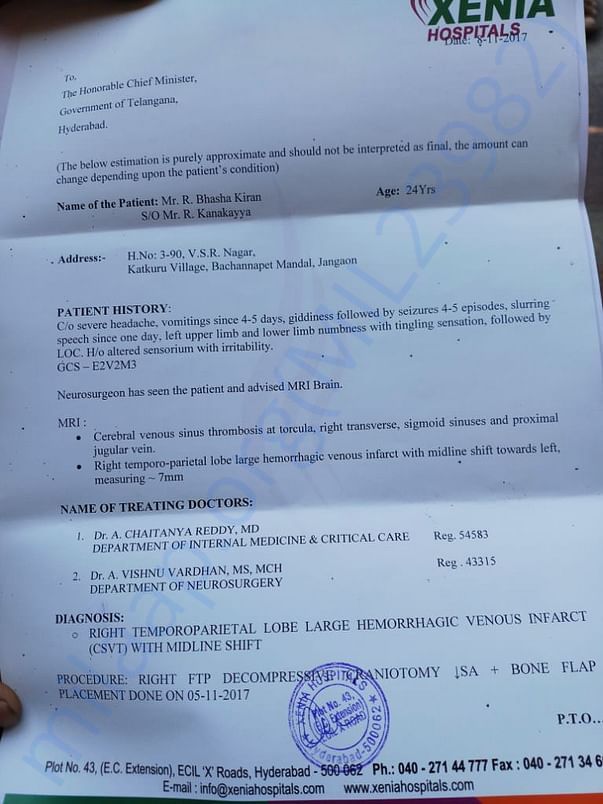 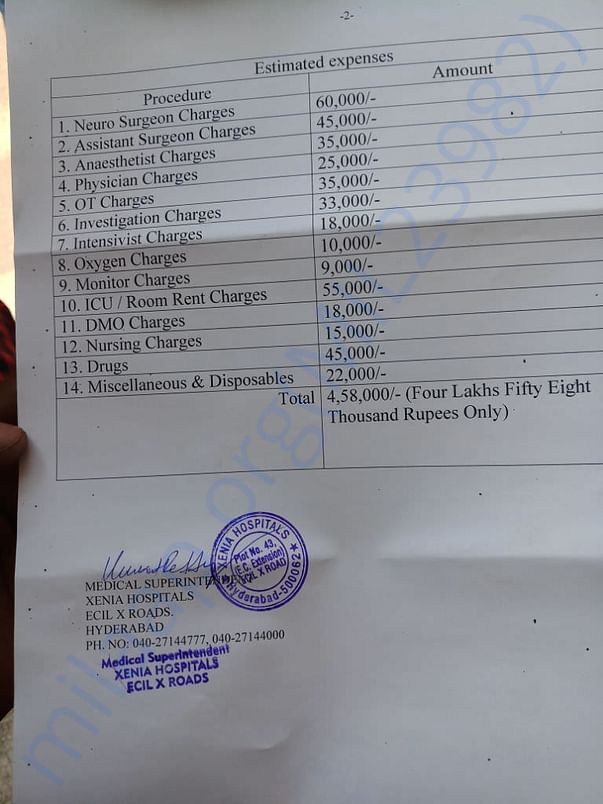 He had been discharged from the hospital, he's under a course of medicine to reduce the clot in his brain. The doctors suggested and increased the dosage of medicine as per his current condition. After observation, they declared the second surgery will be performed after 2 months of the course. He's doing good for now.

He needs all of our help and blessings to overcome his present situation. Do share the campaign further with your friends and family.

Thanking you so much for those who kept their efforts to make a step for his cause.

Thank you so much,
Bhasha Kiran's friends and family
Hi All,

Here is an update on Bhasha.
Bhasha is being better day by day by using the medicine course which the doctors prescribed. By a weekly checkup he had to go through the course till 6 months and the medicine costs none the less of 4 to 5 lakhs.
After 6 months of medicine they'll put back the bone to the skull which is cut opened while minor surgery of brain. He's been discharged last week due to the daily charges and expenses in the hospital.
And the doctors also suggested that he can go home as the management (surgeon who operated) promised to visit every weekend the nearest hospital of his hometown and will examine the patient condition.

Thanks to each and every people who helped in his critical condition and we pray/hope some more help will come to rescue him from his current situation.
Regards
Hi all,

He had a minor surgery to stop his internal bleeding in the brain. He gained consciousness and started to recognize people. He had no idea that he had a surgery and spent 5 days in an unconscious state in the hospital and keep on asking things repeatedly. He is recovering slowly. All his sense organs are responding and recovering slowly.

As per doctors saying, "The blood clot in his brain can be cured by the injections and medicine we had. Those are extremely costly. Still, there is a 10% chance if we do a major surgery to remove it. But his survival chances are low while operating". We need our friend back as healthy as before. We don't wanna lose him.

A surgery is needed to fix the skull bone which is removed before the minor surgery. They informed that they will fix it before six months. The skull is now covered with bandages. And he has to go through this course of medicine which can cure the clot and bleeding.

On behalf of all my friends and his family members from the bottom of our hearts, we convey our sincere thanks for all your support to make this happen. We need more hands to bring him back again.

Thanking you one and all 🙏

You are sending a message to
Vidyasagar Rudraram
Go back 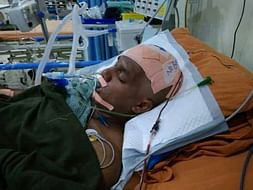