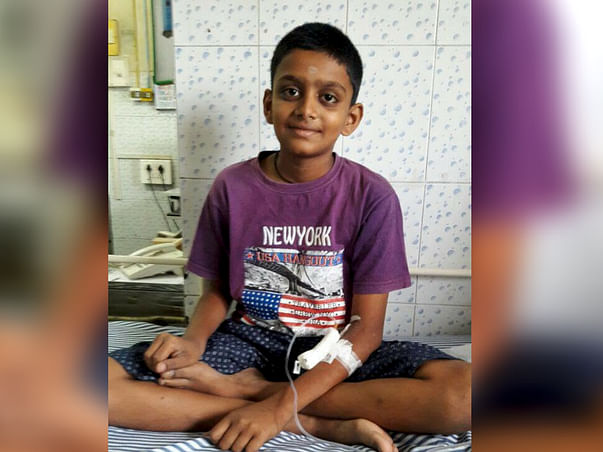 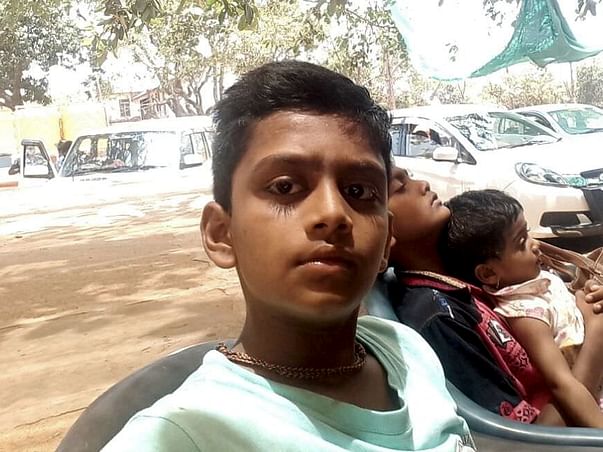 Previous Next
When Avdhoot wakes up every morning, he’s overwhelmed by the urge to go to school and spend time with his friends, just like any other 10-year-old. Unfortunately, he has no idea that he has blood cancer and cannot do any of the things he loves. His parents have struggled a lot to get him treated up till now. To survive, Avdhoot needs additional treatment but his parents can no longer afford to pay for it.

“Avdhoot keeps asking me what has happened to him. He insists on going to school to study and play all the sports that he loves. He’s afraid of failing his classes and losing all his friends.” – Archana, Avdhoot’s mother.
Avdhoot has been completely prohibited from doing just about anything. He is diagnosed with Acute Myeloid Leukemia, a type of blood cancer that starts in the bone marrow and can progress quickly if not treated, and would probably be fatal in a few months.
His parents did all they could to help Avdhoot complete 3 cycles of chemotherapy. He has lost a lot of weight and doesn’t talk to anyone, unlike before. He needs to start his 4th cycle within the next week but his parents have no money left to provide for his treatment.
“He was a very active child. He’s good in sports and studies but now he’s extremely frustrated. His body is terribly weak and he doesn’t even feel like eating anymore. He’s always feverish due to his low blood count. I don’t get sleep at night at the thought of him being so weak all his life.” – Archana

Apart from going to school to study and meet his friends, Avdhoot was really excited to join Army School later in 2018 and serve the nation when he grows up. When he was told to not do anything for the next 8 months and after experiencing severe pain, his dreams came crashing down.
“Avdhoot was fit for his age. He told me that he is determined to serve our nation by joining the Army. We tell him that he’s weak and feverish because of Typhoid. We don’t want him to know how critical he is because that would crush him.” – Archana

Avdhoot’s father, Deepak, works at a small local retail store and earns around Rs. 8,500 per month. Until now, they have begged and borrowed and applied for financial aid from the government. Their relatives are poor too and are of little help only. Their immense struggle was enough to put Avdhoot through 3 cycles of chemotherapy and provide for his medications. Now, they have absolutely nothing left to give.
Avdhoot needs to undergo a minimum of 5 cycles of intense chemotherapy. To add to his misery, he needs multiple bags of blood and platelets every single day which costs around Rs. 20,000, almost twice the amount of Deepak’s monthly salary!
After some cycles, Avdhoot suffers from extremely high fever, for which he had to readmitted to the hospital. This has severely affected Deepak’s already depleted funds.
The total cost of the hospital stay, drugs, and 2 much-needed additional cycles of chemotherapy is estimated to be around Rs. 7 lakhs. Deepak and Archana can’t afford to pay this even if the two of them worked for years.
They need your help so that Avdhoot can get the treatment he deserves. Poverty, simply, cannot be the cause of his death.

Avdhoot is a 10-year-old boy with extremely noble dreams. He doesn’t know he has cancer and his life has turned upside down in the past few months. His parents have done everything they could to get him through 3 cycles of chemotherapy. Now, they have absolutely no resources to help him.
Your contribution will be used to fund the additional treatments Avdhoot needs which will save his life. 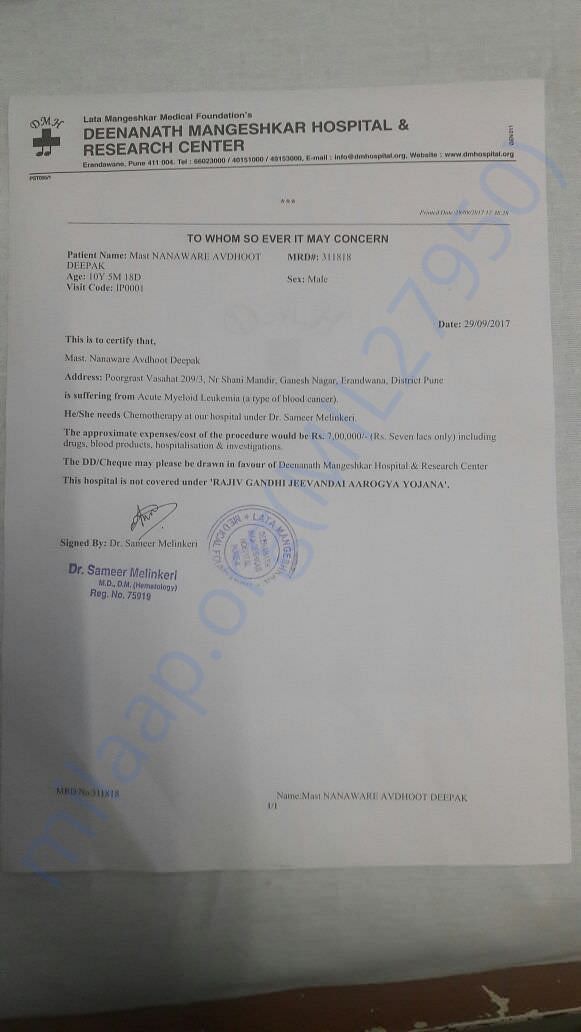 Avdhoot is currently doing better than before. He's left with two more cycles of chemotherapy will take around two months. He is responding well to the treatment and we are all hopeful about his recovery.

Please keep praying for him. Thank you again!
Dear Supporters,

Thank you for the wonderful support that you have shown towards Avdhoot. He is going to get admitted tomorrow for the next cycle of chemotherapy.

Thank you for the wonderful support. Please do pray for his health and speedy recovery. Will keep you posted.
Dear Supporters,

On Monday Avdhoot will be admitted to hospital for further treatment, his hemoglobin is 3 points that are why his treatment could not be started also he was down with high fever since the day before yesterday.

Will keep you posted on the progress.

Scan & donate with any app
check_circle_outline Download payment receipt
Report fundraiser
See how thousands are crowdfunding for their causes on Milaap
Rs.522,459 raised

Donated to this campaign via Bank transfer/QR Code? Click here if you can’t find your donation listed below.
G
GARGICHANDRASHEKARBHOSALE donated Rs.3,000
A
Anonymous donated Rs.1,000

Donated to this campaign via Bank transfer/QR Code? Click here if you can’t find your donation listed below.
G
GARGICHANDRASHEKARBHOSALE donated Rs.3,000
A
Anonymous donated Rs.1,000

You are sending a message to
sunaina dhar
Go back 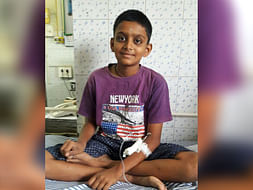