Support Education of Slum Children and Fund Libraries | Milaap
Milaap will not charge any fee on your donation to this campaign. 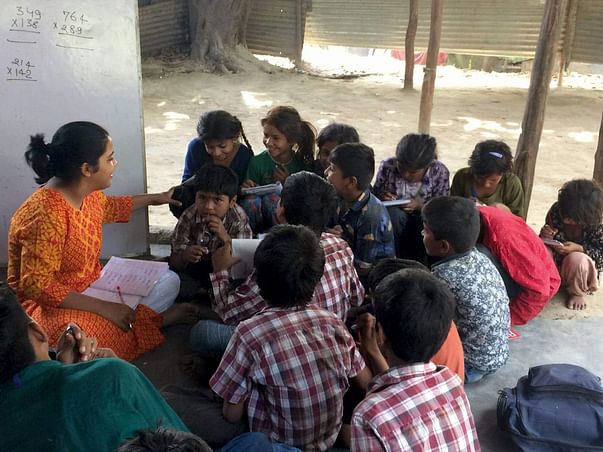 Sarvahitey is a Non-profit organization which works for slum kids to provide them better education at the primary and secondary level and prepares these under privileged kids for a better future.

6 Education Projects in NCR and 1 in Patna, Bihar: Vidya Vistar

Sarvahitey currently runs six educational projects, aptly named Vidya Vistar which means 'Spreading Knowledge', in NCR region. 3 projects are run in Delhi: Gole Market, Kali Bari and Majnu ka Tila in Delhi; 2 in Noida: Village Hoshiyarpur and Village Raipur; and 1 in Gurugram: Village Wazirabad.
Recently, an educational project was also started at Patna.
The volunteers, through Vidya Vistar projects, connect directly with children residing in slums and villages. Though most of the children are enrolled in government schools, due to poor infrastructure and lack of quality faculty, know very little to nothing. Sarvahitey's volunteers work with the kids  to bring them up to their grade level. Over the time, the kids have shown improvement in their annual school examinations.

The children at the projects are also, regularly, taken for educational trips to museums, parks, planetoriums etc. and also indulge in extra-curricular activities.Sarvahitey, in association with Radio Amity, UNICEF and BBC Media Action hosted a cultural event dedicated to childhood-'Ladakpan', wherein both, the underprivileged kids and professional artists collaborated to produce marvelous performances.Sarvahitey also organized yoga classes on international Yoga Day and has included yoga as part of their regular curriculum at all the educational projects.Sarvahitey's initiatives have been covered by various major media outlets such as NDTV, Hindustan Times etc.
Sarvahitey Aims To Open 1000 Libraries Across India

Libraries, since ancient India, are known to be pillars of a civil society. Sarvahitey aims to spread its reach across India and make libraries accessible to underprivileged sections of society. It has already opened two libraries - one in Kullu, Himachal Pradesh and other in Mewat, Haryana. One more library is soon to come up in Nagaland.

The libraries work on funds and books donated by supporters, but to realize the aim of 1000 libraries, Sarvahitey would need a wider base of supporters.Where would the funds be used?

The funds would, basically, cover the running cost of the projects and the libraries. We aim to cover the following bases:

1. Improve classroom conditions. At many projects, classes get cancelled in rainy season due to water clogging problem. A proper classroom would make regular teaching become a reality.
2. Stipend for volunteers: Our volunteers come from various factions of the society. Most of them are college students. A regular stipend would not only provide added motivation but will also help in attracting more volunteers.
3. Recruit, train and hire librarians for libraries: A library is redundant without a librarian. Funds raised would be utilized in hiring, training and paying librarian at our current libraries and all upcoming libraries.
4. Supply books for educational projects and libraries: Many kids at our educational projects don't have access to books and proper stationery which often makes it difficult for them to retain what has been taught during class. Funds would be used to buy books for such children and for the libraries in Kullu, Mewat, Nagaland and all such upcoming projects.
We invite you all to be part of this change. Sarvahitey- Working as One for the Good of All

A mention of Sarvahitey's Library in the local newspaper of Himachal

Sarvahitey's story got featured by The Logical Indian 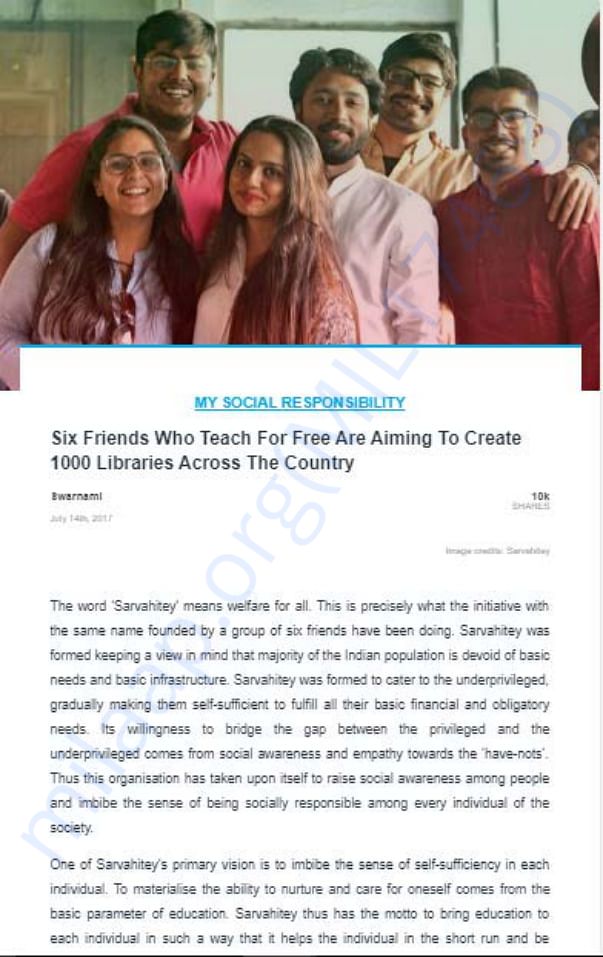 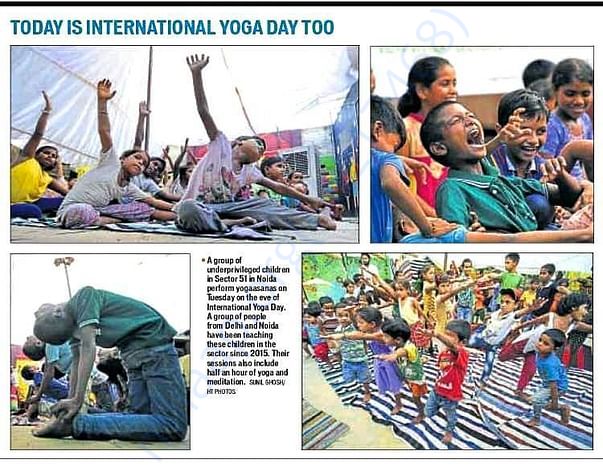 Thank you to our generous and benevolent donors, we were able to impart education for two months to as many as 450 underprivileged children across our 7 Vidya Vistar project locations.

Donated to this campaign via Bank transfer/QR Code? Click here if you can’t find your donation listed below.
UA
Uzma donated Rs.2,000

Keep up the good work!

Donated to this campaign via Bank transfer/QR Code? Click here if you can’t find your donation listed below.
UA
Uzma donated Rs.2,000

Keep up the good work!

AS
You are sending a message to
Anisha Singh
Go back 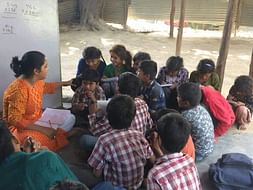