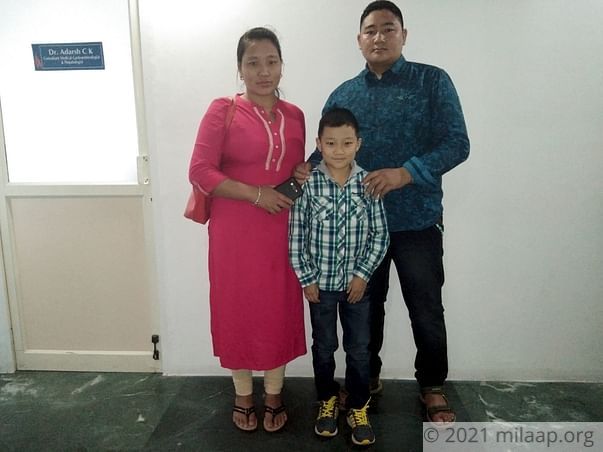 Sandesh is a shy 12-year-old boy. On the outside, he looks like any healthy young boy, but a rare and serious blood disorder is killing him on the inside. Sandesh hasn’t gone home to Nepal in 10 months now and has long forgotten what it feels like to be a child. Sandesh's life changed overnight from learning and games in school to blood tests and injections in the hospital.

Sandesh needs an urgent surgery to remove a part of his spleen to fight the blood disorder, but he won’t be able to if his father, Jit, can’t find the means to pay for it.

Sandesh returned from school one day with a high fever. His parents, Jit and Sita, thought the fever would subside in a day or two. However, the next day, his condition only worsened. Suddenly, he started bleeding from his nose. Jit and Sita were worried sick, but what they didn't know was that it was only the beginning of Sandesh's pain and suffering.

“The blood just wouldn’t stop. He almost lost a litre of blood in those few hours. We took him for blood tests to different doctors because we couldn’t understand what was wrong with him. He was diagnosed with a serious blood disorder. His body is destroying itself and we feel so helpless as parents. We’re supposed to be protecting him, but the disease has taken over his childhood and life.”

Sandesh has autoimmune hemolytic anemia which causes his body to destroy red blood cells more rapidly than it produces them. This has made his immunity extremely low. He also has an enlarged spleen which can be life-threatening if it ruptures. Sandesh can’t run around like normal children. He is weak and often gets breathless even with little physical activity. Surgery is imperative for Sandesh.

“We’ve tried everything to save him, but his only chance now is surgery”

Jit has gone from pillar to post trying to save his son. He has taken him to many doctors and has even tried Ayurvedic treatment, but nothing has made Sandesh better. When he finally came to BGS hospital, Bangalore, he was told that Sandesh could be saved only with surgery.

Sandesh needs to have surgery to remove a part of his spleen. This is a major procedure to prevent his spleen from rupturing. Sandesh’s surgery has been scheduled for 13 January, but he can’t undergo the procedure if Jit can’t afford it. He needs 2 lakhs for surgery.

“I’m only a small-time cook in a little restaurant, all my savings have been exhausted on his treatment”

Jit works as a cook in a small restaurant in Mangalore, Karnataka, while Sita stays in Nepal with Sandesh and their younger daughter. They were getting by with Jit’s earnings, but Sandesh’s illness has left them with nothing.

“Our daughter is in Nepal and we haven’t seen her in 10 months now. She keeps asking us when we're coming back with Sandesh. This is such a difficult time for us. We spend our days in the hospital for his tests and injections, so I haven’t even gone to work in a long time. All the savings that I had have been used for his treatment so far. I have to save my son, but my hands are tied.”

Sandesh needs surgery as early as 13 January. Jit works as a cook in a small restaurant in Mangalore and can’t afford the amount required for surgery. He has exhausted all his savings on Sandesh’s treatment for the past 10 months. Without surgery, Sandesh doesn’t have much time left.

Your support can save Sandesh's life. 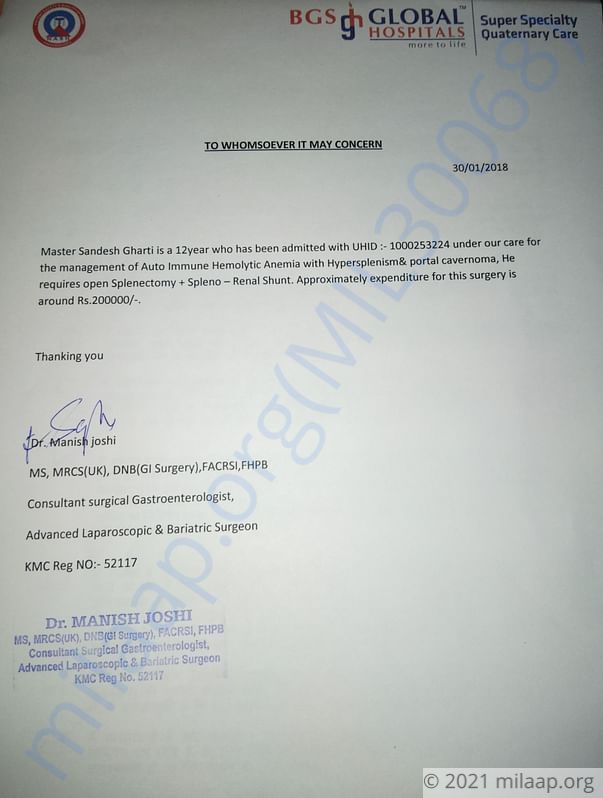 Scan & donate with any app
check_circle_outline Download payment receipt
Report fundraiser
Know someone in need of funds for a medical emergency? Refer to us
Rs.5,902 raised

God bless you....you will be fine

God bless you....you will be fine 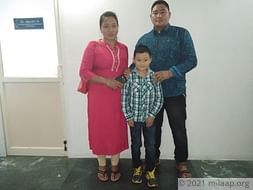