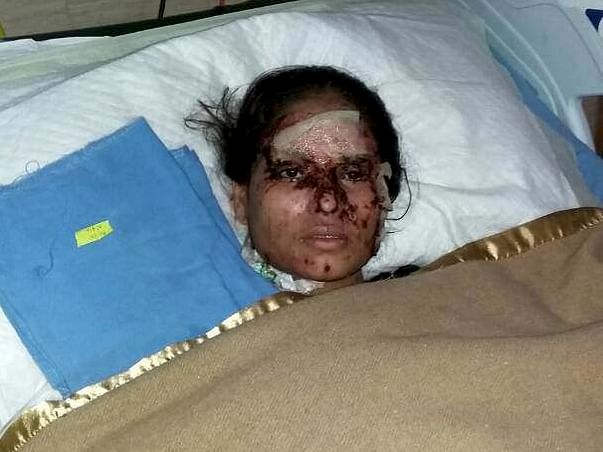 In the memory of Salma, who could not survive acid attack on her, on the same day last year in Bihar, her brother Manzar continues to raise and save some funds for those girls and women who unfortunately fall victim to acid attack in Bihar and face challenges in immediately reaching to any hospital for medical treatments. Salma could not survive an acid attack in Bihar because she could not find adequate medical treatment promptly in the state due to lack of funds.

Later year, on the same day, when families were celebrating the festival of Ramzan, 14 years old Salma Khatoon was acid attacked by a pervert perpetrator. His name was Azhar, who used to follow her through her way to the tution and school. For Salma, it was very difficult to gather the courage to talk to her family about this guy to resolve the issue. She was an innocent girl who was a student of 9th standard that time. The matter became worse when one evening of 23rd June 2016, Azhar stopped Salma while she was on her way to tuition. Salma was so horrified and panicked that for the first time she decided to talk about it to her family as she struggled to escape that moment. She talked about it to her parents. To resolve the issue, her parents chose to talk to the parents of Azhar about the matters that just happened. Well, it was pathetic of his parents that they told Salma’s parents to stop her going out of her home. They said that they do not take any responsibility for the actions of their son Azhar. The conversation went to the extent that both the families literally had a fight. The people in the neighborhood heard the sounds and they had to get involved to bring them to a truce. But as it became so ugly, none can expect this the end of the case. Next morning on 24th June, the family of Azhar visited Salma’s residence and again they started fighting with the family members of Salma. The matter went too far to the extent that her family thought to file a complaint at the police station against Azhar. But before they could have complained, Azhar intruded her home later at 12.30 pm in the afternoon and while she was sleeping he brutally bathes her with acid. It was his family who did not resolve the matter and instead encouraged Azhar so much that he committed the crime of acid attack.

At the moment after the attack, Salma was taken to Rafiganj Government Hospital for initial medical aid. The hospital didn’t have any burn care unit and so they referred her to New Delhi for further treatment. Salma survived for 83 days at the Apollo Hospital in New Delhi. It was more than a two-month-long nightmare for her family to help Salma recover from the attack. Sadly, she could not survive anymore and lost her life on 15th September 2016.
If she could have resorted to immediate medical treatment in the initial days after the attack, the chances of her survival could have been there. The government did not pay for any compensation fund that she was entitled to being acid attacked until the moment she passed away. It was again challenging for her family to take her dead body to Patna for the remorse ceremony.
With the activists of Stop Acid Attacks campaign, the next day her brother Manzar who was continuing his education in New Delhi, went to Bihar House, to meet the government officials of Bihar in the hope of getting some relief in taking Salma’s body back to Patna. The Chief Minister of Patna, Nitish Kumar was co-incidentally there at the moment. He also did not provide any help hearing of her case. Then next day, some kind government functionary provided help to successfully help her dead body reach Patna. As a matter of fact, later on, the government did pay the compensation to her family for their loss with which the family cleared their debts they had during the case.

Therefore, in the memory of Salma, her brother Manzar continues her battle against acid violence against any girl of Bihar. He has taken a resolution to help cases of acute acid attack with immediate relief funds to any victim in future. He has also registered an organization in her memory, Salma Memorial Foundation. He hopes to raise funds and save it for any unfortunate future victims of cases happening in Bihar who is financially challenged. The fund may help them to travel all the way to Delhi or any other hospital in reach to save the life of the victim, that no other soul dies in case of acid attack. The fund will be saved under the name of Salma Khatoon Relief Fund and shall be provided to any acid attack victim facing challenges to achieve prompt medical treatments to rescue her life.

Before 2013, cases of acid attacks on women never came up to the surface of our society. Nobody knew well of the existence, challenges, and pain of a girl and her family who has been acid attacked. It was on the petition of one of the acid attack survivors Laxmi, filed in the Supreme Court of India in 2006 after she fell victim to such heinous crime of acid attack in 2005, that the court made certain amendments to the Constitution of India and listed acid attacks in the most heinous crimes in India. It also made it a non-bailable offence and laid several regulations on the sale of acid.
Ever since the laws came into practice to report an incident of acid attack, the National Crime Record Bureau of India (NCRB) reports statistics of incidents on acid attacks annually. It has been observed that the Uttar Pradesh, Bihar, and Haryana are the states where the highest number of acid attacks have been recorded annually. Of course, then there are many cases which go unreported but it is more likely to hear about cases of acid attacks on women in these states apart from the rest.
In Bihar particularly, the situation becomes even more critical in acute case of acid attacks as there is only one specialized hospital with burn care unit to save the victim – Patna Medical College and Hospital (PMCH) which is situated in Patna. The issue with PMCH is that it is a government hospital, the burn care unit at the hospital in not so equipped to treat patients with intricate injuries of acid burn. It is most likely that any acid attack case happening in Bihar, the victim is immediately taken to PMCH which is difficult if the case has happened elsewhere from Patna and also then, in many cases after giving first-aid and initial medical treatment the hospital then refers the patients to another hospital (most preferably Safdarjung Hospital in New Delhi).
The challenges are multitudinous for every such case that happens in Bihar. The government does not provide any immediate relief fund and the compensation amount entitled to victims of acid attacks is transferred months after the attack has happened. It also takes many expenses for financially challenged families to bring the patient to PMCH, Patna and then it is a big deal for them to take the patient to New Delhi for further treatment. Also, as far as the family takes the time to make the arrangements, in many cases in which the acid has gone in the eyes of the victim, it becomes close to impossible to save the patient from being blind for her lifetime.
Donate

You are sending a message to
stopacidattacks
Go back 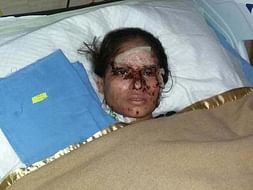