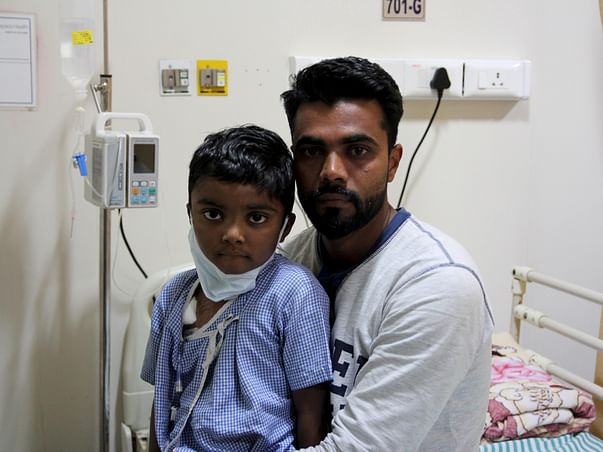 After helping his 5-year old son Rihan beat cancer, Mubarak, a farmer from a village in Karnataka, and his family were looking forward to continuing their normal lives but their hopes and dreams came crashing down in a few months as they learned that the cancer had relapsed. Not willing to give up, Mubarak is determined to help Rihan get all the medical attention he needs but his family’s current financial situation makes this all the more difficult.

This is not Rihan’s first time fighting cancer

Rihan was completely healthy and strong. But, in 2016, after being down with fever for a long stretch his family took him to a hospital near their village where he was diagnosed as a weak case of Dengue. Mubarak’s father underwent a successful heart surgery at Narayana Hrudayalaya hospital in Bengaluru and so, he decided to get Rihan’s tests done there too.

In November 2016, Rihan was diagnosed with Acute Lymphoblastic Leukemia, a form of cancer that starts from the early version of white blood cells in the Bone Marrow. If not treated, it can progress quickly and prove to be fatal within a few months. As heart-breaking as it was, Mubarak and his wife, Reema, decided to fight and they did give their all to help Rihan beat cancer.

Mubarak and his Family went through some drastic life changes

Mubarak quit his job and decided to move his family to Bangalore, with the help of family and friends, and dedicate every single minute to his son’s therapy and recovery. In June 2017, Rihan had finally defeated the cancer and was on his way to lead a normal childhood.

After months and months of follow-up appointments showing no signs of cancer, and Rihan was completely okay as of December 23, 2017. But after a small fever raised doubts, Mubarak got Rihan back to Bangalore to get additional tests done. Unfortunately, Rihan’s tests showed the recurrence of Blood Cancer and this completely broke Mubarak and his wife, Reena’s heart.

“After Rihan’s first chemotherapy and after all that he went through, we were excited for him to lead his normal life. All the follow-up appointments were going really well and we were extremely happy with the fact that he was recovering just fine. He even went to school for 2-3 months. Learning about the relapse has left us completely shattered and depressed”, says Mubarak.

After quitting his job to be by Rihan’s side, Mubarak has had no income for over a year. With the help of family and friends he was not only able to move to Bangalore but also provide Rs. 10 lakhs for Rihan’s chemotherapy and medications. In addition to that, they also have a 2-year old daughter, Reeba, who needs attention as well.

Now, Rihan needs to undergo Chemotherapy again and a Bone Marrow Transplant, which in total, would cost around Rs. 33 lakhs!

“We don’t even have the money to get any tests done. Nowadays, Rihan is very nervous, silent and his body has changed too. He doesn’t even play anymore.”, said Mubarak, who sounded extremely upset and sad.

Rihan urgently needs to start the treatment but Mubarak and Reena have absolutely no financial means to support him. They now need your help to make it through this and finally help Rihan lead a normal life again.

Rihan is battling cancer for a second time now. His parents, Mubarak and Reema, have even applied to receive help from multiple sources but are still unable to get his treatment started. Your contribution would be used to help Rihan get started with Chemotherapy and fund the much-needed Bone Marrow Transplant.

With your help, Rihan will be able to defeat cancer for the second time and have a healthy childhood. 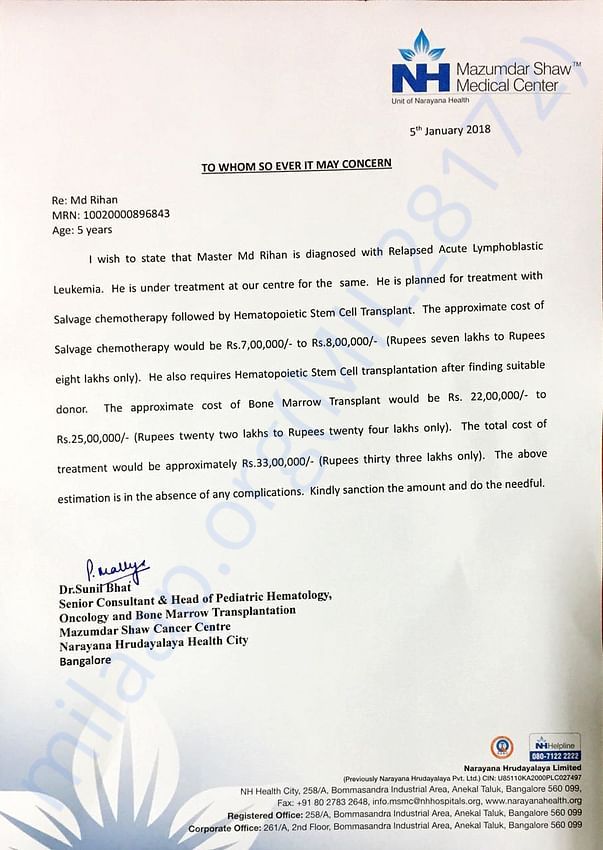 Rihan underwent the bone marrow transplant and is recovering well. Currently on follow up and showing signs of improvement.

Thank you so much for your wonderful love and support. This couldn't have been possible without you all.

Rihan is currently hospitalized. It's been about 15 days in the hospital now and he's likely to be there for another 15 days.

He is currently undergoing bone marrow transplant. He's done with the chemotherapy treatment which took about 5 months, post which the doctors ran a test and told us that he would need a transplant.

We are all hopeful about his recovery and are hoping that the transplant is a success and he gets well soon. Please keep supporting him and praying for him. We shall keep you posted. Thank you all once again.
Donate

Scan & donate with any app
check_circle_outline Download payment receipt
Report fundraiser
Know someone in need of funds for a medical emergency? Refer to us
Rs.700,306 raised 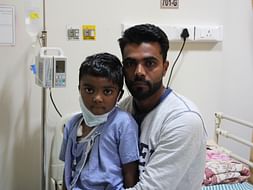