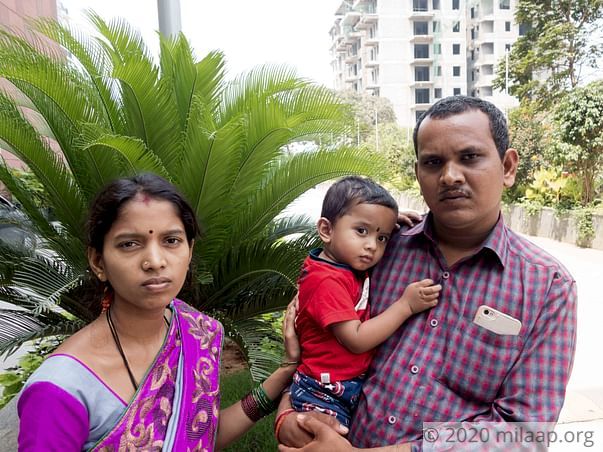 I had never even heard the name of this disorder till my son was diagnosed with it. It is so hard to explain to anyone that he is sick because he ‘looks’ fine. But it is slowly eating away at my son.

My wife Sunita and I were very excited when we learned that we were going to have a baby. We had so many plans for him. But he was born ill and all we had in mind came crashing down when we discovered the nature of his illness. Our little boy has Thalassemia, a genetic disorder of the blood, due to which he needs regular transfusions and continued medication.

We had no idea that our baby was so sick

When Ram was born, he was healthy just like any other baby. But that lasted only for 3 months. Then our nightmare started, only we didn’t know it yet. He would get high fevers every 3-4 days and only a heavy dosage of antibiotics would make it go away. He was getting weaker by each day and sometimes he would just cry non-stop and we had no idea what was happening.

Then his skin and eyes started turning yellow. When he would wake up in the morning, the place where he slept on the bed sheet would turn yellow. We were so scared, Sunita couldn’t stop weeping the whole day. When we took him to the doctor, they suspected jaundice and ran a lot of tests. During those tests, we discovered that his hemoglobin levels were dropping. He was prescribed medicines and received his first blood transfusion.

The six months we were waiting for the final diagnosis, were the hardest months

When we took him to the doctor again, 3 months later, he was shocked that his blood count was low again. He told us that this shouldn’t happen and we got really scared. That was when I heard ‘Thalassemia’ for the first time. The doctor suspected our baby had it, but we would have to wait until he was a year old. That was the hardest wait of our lives.

Ram was tested for both Thyroid and Thalassemia, his thyroid test came negative, but for Thalassemia, the report was positive. He was just over 6 months old then, so we had to wait 6 more months before we knew for sure. Those 6 months, Sunita and I could barely sleep, dreading what the reports might reveal. We prayed so desperately for it to be negative.

Finally, the dreaded deadline came and against all our hopes, our worst fears came true. Ram had Thalassemia. Then started the ordeal of a series of blood transfusions and looking at permanent solutions to cure my little boy. The doctors told us that only a bone marrow transplant could cure him and that we should get tested to see if we are matching donors.

Without any further delay, my wife and I sent our blood samples for testing. A month later the doctor called us in. We were not matching donors, so the hunt for a donor was far from over. He asked us to check with all our relatives. We had spent Rs 25000 for getting ourselves tested. There was no way we could afford getting our relatives tested. Until that point, I had fought my best to not cry, but I broke down while telling the doctor that I couldn’t afford it.

That was when he suggested I run Television advertisements. The idea appealed to me. After all, what better way to reach out to people, asking for help. I did that, and a week later I got a call from someone who had seen the ad, he told me about the Datri foundation, for donors. A lot of people also donated money, for my son’s treatment. I went and registered with the Datri foundation. I used some of the money collected, to get 6 of my willing relatives tested for matching donors.

Unfortunately, none of them were matching donors. While all of this was happening, I had to take my son every month for his blood transfusions at Hyderabad. What used to cost me Rs 8000 per session, in Nellore, came down to Rs 3000 per session, after registering with the foundation. Although I was glad we were making progress, we were still far from finding a donor for our son.

Then one day the doctor called me again. I was dreading going there because I didn’t have the strength to handle one more bad news. Luckily for us, this time it was good news. They had found a matching donor in the USA. The transplant could finally happen now, but it would cost Rs 60 lakhs. I was excited and scared at the same time. Here was my only chance to save my son, but Rs 60 lakhs was way out of my means.

60 lakhs is way beyond what my pocket could ever permit

I run a fast food joint at Nellore to support my family of four, including my wife, Ram and my widowed mother. Usually, I make about barely enough for my family to get by. But since my son fell sick, my wife and I had to run around so much that even my business took a hit and the income has been dismal. Moreover, I have spent over Rs 4 lakhs towards his treatment already, in which all my savings were used up, along with most of what I got through the TV advertisement.

I have only enough money to last two more sessions of blood transfusion, and then Ram would have to undergo a transplant. Everything needed for the transplant is in place, except the money. We are already preparing Ram for the surgery, by trying to keep the iron content in his blood from rising, so that surgery will be easier. But all of this will go to waste if I can’t arrange the money and I can’t bear to lose him to lack of funds. We have been asking for help but nobody understands. They say he looks fine while we are barely keeping him alive.

I can’t look at him without thinking what would happen to him if I can’t arrange the money. He is suffering and Thalassemia is slowly eating away at his strength and health. I need your help to save my son. He deserves to live a healthy life, just like other children. Your contribution can save our little boy and bring back joy into our lives.

Please help me save my son. 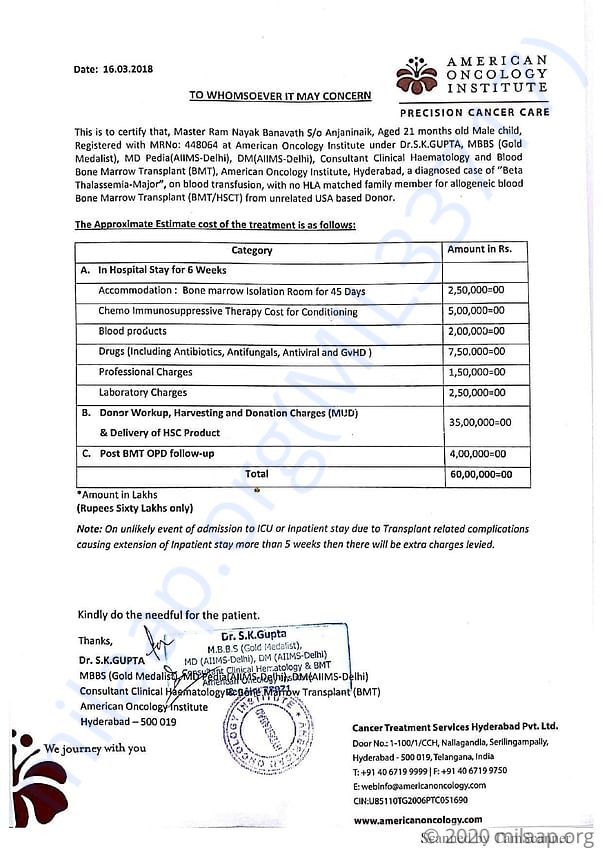 I would like to thank you all for your generous support.

Baby Ram is suffering from Thalassemia, due to which he needs regular transfusions and continued medication. Every month we are taking him to hospital for blood checkup. None of our family's blood samples have matched so we are still searching for the donor. The baby is still 3 years old and the doctors have informed that bone marrow transplant should be done before 7 years of age.

I once again thank you all for your kindness and love shown towards my son. Please continue to share the campaign and help us raise more funds.

Scan & donate with any app
check_circle_outline Download payment receipt
Report fundraiser
See how thousands are crowdfunding for their causes on Milaap
Rs.51,126 raised

Wish you get the necessary help Boy!

Wish you get the necessary help Boy! 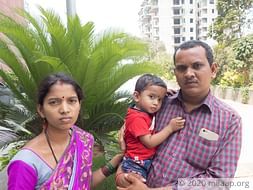