Tindrum's online fundraiser for Arts &amp; Media | Milaap
This campaign has stopped and can no longer accept donations. 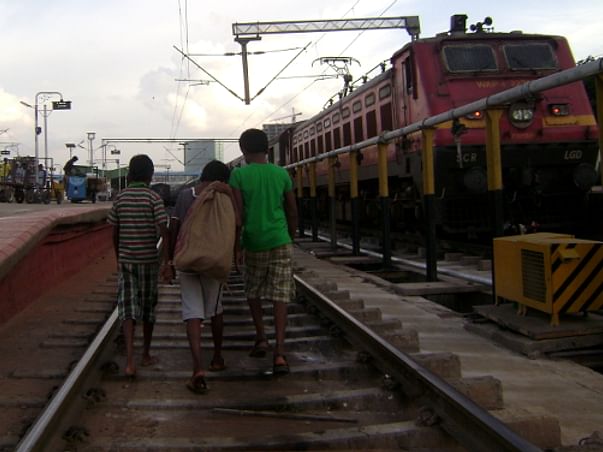 PS: Only difference amount of our total budget is raised through this. Funds collected offline by other means are excluded from the goal.

IMPORTANCE OF THIS MOVIE

Every year thousands of films are made, so why is this movie important? While it’s very important to highlight a problem that is virtually unknown to people, what is more important is to tell a good story.

And that’s exactly what we believe we have: A truly original story about runaway children. We believe that the story has the potential to garner greater international exposure.

SYNOPSIS OF THE SCREENPLAY

Raju, a 12-year-old run-away, steps out to an unknown, never-seen-before world on the railway platform. He is timid, insecure and unsure. The boy falls into the hands of a gang involved in illegal platform businesses.

WHERE CAN YOU READ THE SCREENPLAY?

WHY ARE WE FUNDRAISING?

Like every film ever made, we would like to be backed by producers who take interest in original and hard hitting stories. But as unfortunate as it sounds, it is not unusual that there are not many who are even ready to back a story that is not “commercial” enough.

If we didn’t believe in the story, we would have moved on. But we truly do and we believe that the story could create some waves in the international arena.

WHAT DO YOU GET IN RETURN FOR YOUR INVESTMENT?

We pledge 5% of total income earned by the film Railway Children from all sources to the NGO http://sathi-india.org/ whose work is a source of inspiration to make this film.

Apart from the great feeling of contributing to a serious social cause, you will also receive the following rewards.

WHERE WILL YOUR MONEY GO?

The breakdown of the costs are explained in the diagram below.

Every penny received will be accounted for, thoroughly audited. The reports will also be made available to every Executive Producers, Co Producers and Producers.

Art without experiment is not art.

It is very important that you understand our approach for this movie.

As the story is rooted in realism, the approach is also realism. The whole movie will have a documentary style of filming and minimalistic approach with regards to everything else.

Since most of the child artistes we take are going to be new to this whole experience and are likely to be semi-literate, we’ll not burden them with dialogs and directions. Instead, we’ll give the children enough freedom and space to understand their characters and bring out the best in them with their own lines and expressions.

The movie is currently in the stage of development. We’re only waiting for a positive response from interested investors.

The moment the funds start pouring in, pre-production will start.

Once the actors are cast, they’ll rehearse at a workshop for a few weeks.

The entire film will be shot in and around Yashwantpur Railway station. And production starts immediately after the completion of pre-production with a solid team in place.

Rest of the crew is not finalized yet. But rest assured, they’ll be the best we can afford.

Prithvi Konanur worked as a software engineer for a few years before pursuing filmmaking.

Working as a software engineer abroad, his first screenplay titled “The Abiding” was previously optioned by a UK based producer for a Hollywood project (presale poster of the same: http://avpictures.co.uk/abiding.htm).

After a short filmmaking program at the New York Film Academy, LA, he made a short film A Conditional Truce (http://www.cultureunplugged.com/play/1379/A-Conditional-Truce) in Srilanka with his NYFA buddy Rick Dalton and former executive at Lions-Gate Canada, Denis Krupnov.

The film was completely shot in Srilanka with local talent and was in Sinhala language. The film was screened in many international film festivals.

He made his first feature film Alegalu in Kannada. The film was produced by the Children’s Film Society of India, Mumbai , under the ministry of information and broadcasting.

The film opened the Children’s India film festival in Bangalore in 2013.

I am Vishnu Rao, a Milaap Open fellow from Bangalore. I met up with Tindrum Beats team and the NGO SATHI a few weeks back. Here is my update on their campaign.

This is for 'firstPix' grant

All the best to the team. Wishing you a great success.

This is for 'firstPix' grant

All the best to the team. Wishing you a great success.

You are sending a message to
Tindrum Beats
Go back 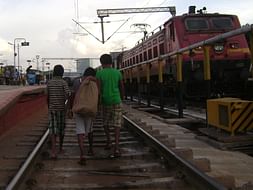