Support The Second Indian Congress For Persons With Disabilities | Milaap
Milaap will not charge any fee on your donation to this campaign.

Support The Second Indian Congress For Persons With Disabilities 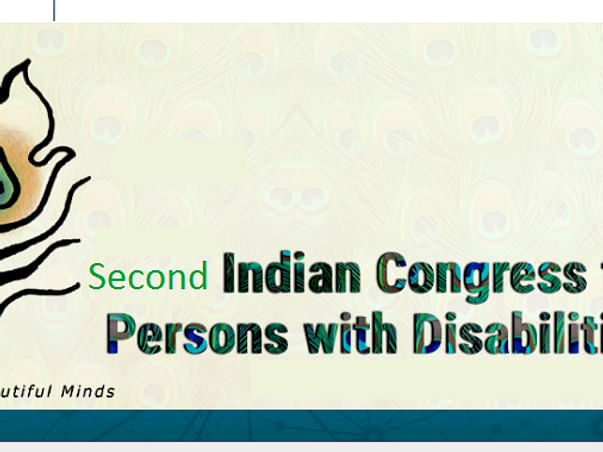 The first Indian Congress for Persons with Disabilities was held in Coimbatore (Tamil Nadu) in the first week of March this year.

Given that this was a Trial - it was a Huge Success.

This is a first of its kind Event - which was conducted in India.

After the Unqualified Success of the Event - We've begun planning for the next edition of the event (which we'd be organizing in Bangalore). Our goal for next year's event - is to have well over 500 Delegates / Participants. The Event is tentatively scheduled to be held somewhere during February 2019.

This is a Fundraiser for the same.....

The Indian Congress for Persons with Disabilities - can be described as follows........

"We have a dream. We want to share this dream with you. The time for a positive change has come. You can drive this change. The wind of change first blew 20 years ago, when the idea to organise a congress for persons with disabilities was first voiced in Berlin. Since then, thousands of people all over the world have attended congresses in Europe, South America and Asia. The congresses became the starting point for positive change in the lives of people with special needs in many countries".  - Thomas Kraus, initiatior of congresses of person with disabilities world wide since 1998. (www.socialartist.events)

The time has come to celebrate this congress in India

We invite you to participate in the first Congress for Persons with Disabilities in India. It will be held in Karl Kubel Institute , Annaikatti, Coimbatore.  The Congress will be a social and cultural event with a focus on networking and building cultural and interpersonal relations. It will center on persons with disabilities, their needs, and their roles in the society. One of the goals is to present disability as a starting point for development of new human skills that today’s world needs so much and to give persons with disabilities an opportunity to play an active role in creating an inclusive society. The rich conference programme would feature theatrical performances, artistic contributions, lectures, discussions, workshops, sightseeing tours and visits to institutions and NGOs, athletic competitions, an arts and crafts show, and a trade fair for technical rehabilitation tools and social services, and an inclusive flash mob on the streets of Coimbatore. Do not miss the unique chance to explore the city with many lakes in the foothills of the Western Ghats, in South India.

Vision
The First National Congress for Persons with Disabilities:

You are sending a message to
Prashanth Kamath
Go back 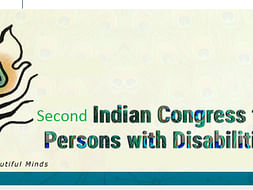 Support The Second Indian Congress For Persons With Disabilities