Support Pravah In Empowering Adolescents To Stop Child Marriage | Milaap
Milaap will not charge any fee on your donation to this campaign. 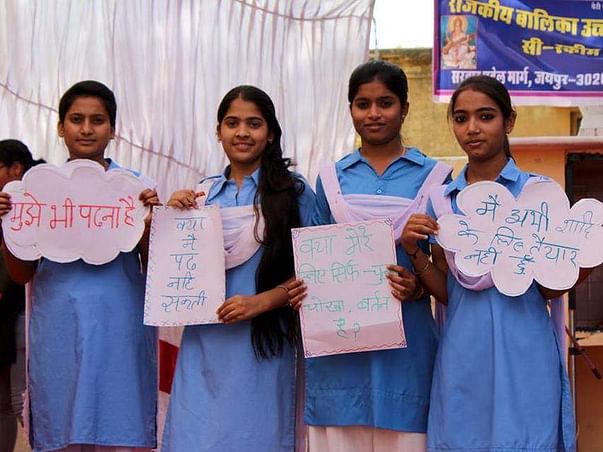 Child marriage often compromises a girl’s development by resulting in early pregnancy and social isolation, interrupting her schooling, limiting her opportunities for career and vocational advancement and placing her at increased risk of domestic violence.
According to Unicef, 27% of girls are married before the age of 18. Even 156 million boys were married before the age of 18. The pressures mounting on young men to grow up, provide for their wives and new families, and focus on work, not education, can have lifelong ramifications.
The need of the hour; leadership journeys for adolescents -
Even today in India across different communities (urban-rural), in school systems like government schools, adolescents are not part of decision-making process. They are refrained from engaging with opposite gender. Also, most of them are asked to quit the school and get married at an early age (especially girls). They deal with the issues like poverty, gender-based discrimination, violence and early and child marriage. Girls are treated as liabilities and boys were inspired to start working at early age as a result, they are refrained from education and have no inspiration to aspire even if they are creative or want to learn and explore the life. Girls and boys are not allowed to even interact, which results in emotional castration, they are bound to control their feelings for other gender and not getting the education about their bodies.
What Pravah does?
Pravah is a Delhi based organization working for youth leadership for social change since 1993.Creating empowering and exploratory spaces for young people and taking them on self to society journeys. Pravah Jaipur Initiative started in 2007, and has been established as a branch of Pravah, and we have been working with young people and adolescents with the same vision in Jaipur. Our programme “My life, mere faisley (my decisions)” running for the last 3 years across 3 states (UP, Rajasthan, Telangana) focuses on tackling early and child marriage through psychosocial change. It focuses on building aspirations of adolescents beyond marriage and aims to make them change makers to further create an impact in their communities.
‘My life, mere faisley’ programme, helped Rinky to build her negotiation skills to have a dialogue with her parents in order tofreely explore her aspiration by trying new things.
She says –“This journey helped me to gain confidence and empathy, I had
conversation with my family and convinced my mother to let me
explore life beyond marriage.”
Your contribution will enable us to –
Run 48-hour curriculum with 50 students who will be built as change agents and further will work on –
a) Building strong network system in the underprivileged communities with different stakeholders.
b) Creating a physical space to have dialogues on the emerging issues of early and child marriage.
c) Running local action projects to inspire local community members and adolescents an young people to take charge of their own lives.
Help us to run this programme with 50 students of government school, who need your support
of Rs. 1250 per month, that is Rs.15000 per year, in order to create empowering spaces for them to become better leaders of their lives.
“Yes we can aspire beyond marriage too” – A journey to end early and child marriage.

You are doing great work.Keep it up, folks.

You are doing great work.Keep it up, folks.

y
You are sending a message to
yatish
Go back 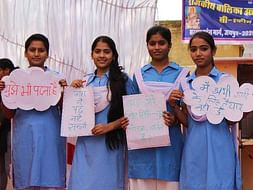