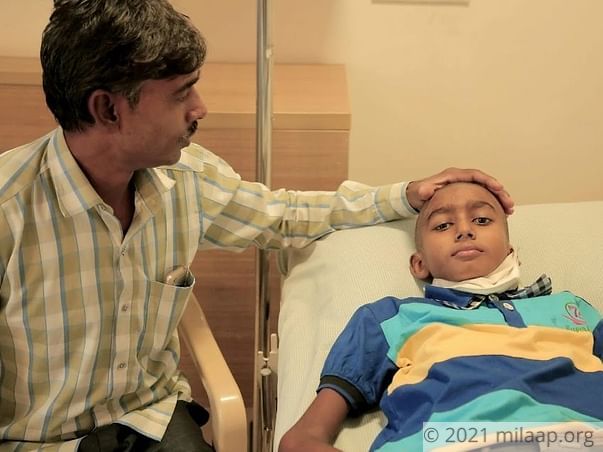 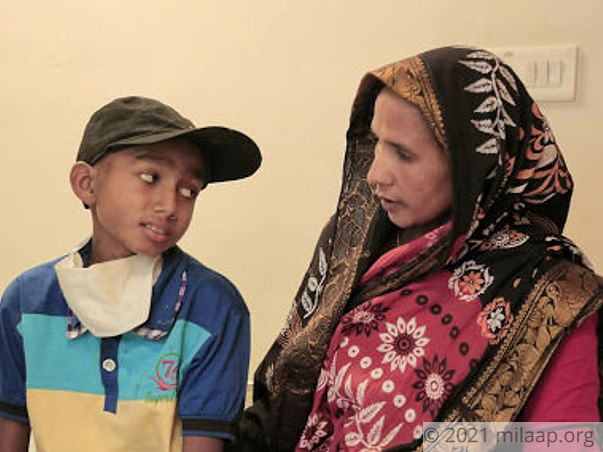 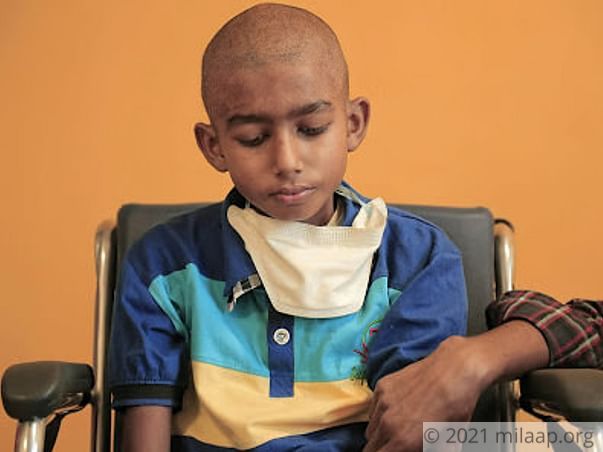 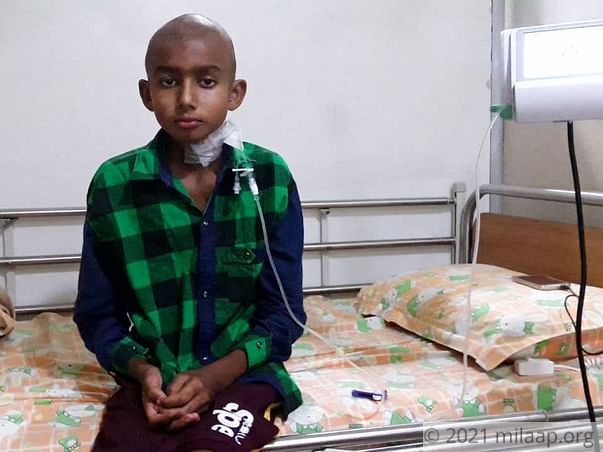 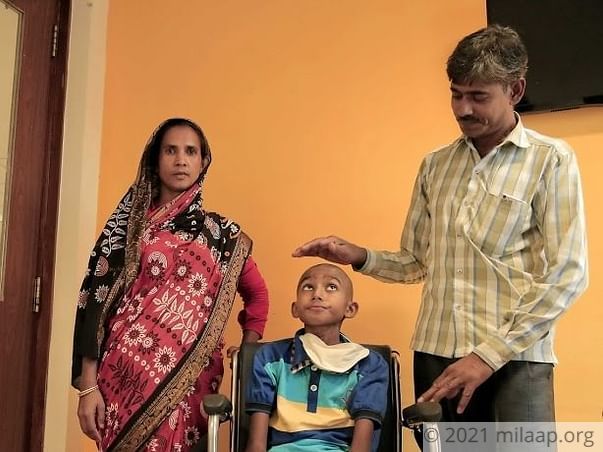 Share
Not knowing that he has a severe form of blood cancer, 11-year-old Osman Ali is now fighting for his life and awaits additional chemotherapy. His father, Rehmad, a daily wage farmer from rural West Bengal, has exhausted all he had for Osman’s treatments up till now. Now, Rehmad has nothing left to save his son and needs support.

Osman’s life turned upside down in a flash

“Osman was completely normal in November (2017). He loved going to school, playing cricket and play with his friends. God knows how he became so ill in no time. Within a few weeks he was advised to get hospitalised. We are all terribly scared because this has never happened to anyone I know.” - Rehmad, Osman's father

After chronic fever and chest pain forced Osman to get checked up, his life took a complete turn as he as he was diagnosed with T-Lymphoblastic Lymphoma, a type of blood cancer in it’s third stage. If untreated, this could spread quickly and would be fatal in just a matter of days.

Residing in rural West Bengal, there was no good hospital near Osman’s village. His family was advised to go to Chennai. Being extremely poor, Osman’s father was unable to spend so much on short notice. For two weeks, while Rehmad arranged for money, Osman was at home suffering from severe chest pain and lungs full of water.

Along with his family, on January 1, 2018, the 11-year-old went all the way to Chennai for treatment. Now, in order to live, he urgently needs additional cycles of chemotherapy but after selling his farm and borrowing, his father has nothing left to save him.


Osman assisted off a wheel-chair by his father and neighbor, Mohammed Rafiq

After going through the ordeal of moving to Chennai, Osman went through a month of high-dose chemotherapy.  He doesn’t even know that he has cancer.

“After we got him here to the hospital, we were told that there was a lot of water filled up in his lungs. I can’t describe his condition right now. After chemo, he is in so much pain. He’s become extremely weak. He barely eats because he vomits anything that goes inside his stomach. He rarely speaks and has very high fever daily. His mother keeps crying too because Osman doesn’t speak to her much since he is tired. We all feel so horrible. It seems like after chemo, his pain has become worse.” – Rehmad

Now, Osman needs to continue chemotherapy for the next few months at least and after that, he needs to get treated for an additional 2 years. Only then he’ll be able to survive. This is proving to be very challenging for Osman’s family who have spent literally everything they had in just a month at the hospital.

Being poor, Osman’s family wanted to get him discharged

“When there are no tests, his medicines costs around Rs 5,000 per day. This is so expensive in itself. I don’t even know how much the actual chemotherapy costs. We wanted to get him discharged because I spent all the money on his treatment in just a month. He was in the ICU for the first 10 days and that cost me around Rs 1.5 lakhs. I have no idea how to pay for his treatments. But I have to save him.” - Rehmad

Osman’s family need help to save him

Rehmad is an uneducated daily-wage farmer in rural West Bengal earning a meager sum of  Rs 200 every day. To help his son, he sold his farm in addition to begging and borrowing from several villagers. Till now, he has managed to provide Rs 3 lakhs for Osman’s treatment.

Osman, an 11-year-old who is suffering in pain due to cancer and rigorous chemotherapy, needs to continue treatment to survive. On top of that, he needs expensive medicines and blood products for the next 2 and a half years. Osman’s mother, Ambia, is a housewife and is uneducated too.

The total cost of all of this is estimated to be around Rs.15 lakhs. His father has spent all he had within just a month of hospitalization. Now, he is running out of time to save his son and is left with no option but crowdfunding.

Once a happy, active and school loving kid, 11-year-old Osman’s life has completely changed in a matter of days. He is has T-Lymphoblastic Lymphoma Stage 3 and is very critical. His hopes on survival lie on getting additional chemotherapy cycles but his father, a farmer, has absolutely nothing left to save him. Now, he needs your support to save his son.

Your contribution will save 11-year-old Osman.