Organ's online fundraiser for Others | Milaap
Milaap will not charge any fee on your donation to this campaign. 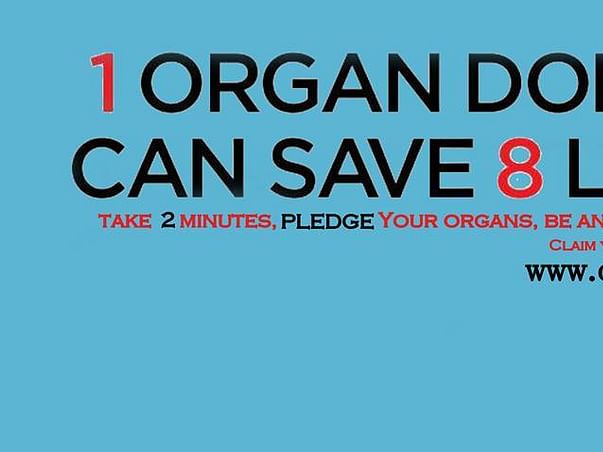 Deceased Organ donations, or donations by brain-dead donors are few and far between in Delhi/NCR region and virtually none in the rest of North India. The main reason for this is lack of awareness. There are barely any organ donors, and there has been no concerted effort to have organ donor publicity drives in the capital region to make people aware that they can donate organs in the case of brain death. With people who are ready to pledge their organs, the shortage of organised information leaves them unaware of where to go, what it involves, how to register, and ultimately, how to donate - leading to a massive shortage of organs.

Of the few transplant figures that are available in India, here are a few. Almost 2 lakh people in India need a kidney, but only 3000 of them receive one. That’s one in 67 people.  90% of people on the waiting list die without getting an organ. India’s annual liver transplant requirement is 50,000, but we manage only about 800.

The Organ Receiving & Giving Awareness Network (ORGAN) India, an initiative of The Parashar Foundation, seeks to remedy this shortage of donors, and endeavors to create an ecosystem to facilitate organ donation in India, by creating large-scale awareness on organ donation. Making organ donation a cool and heroic act.

To increase the number of donor pledges in Delhi/NCR and create awareness on organ donation through large-scale information dissemination such as ad-campaings, awareness talks, events, celebrity endorsements etc, spreading awareness about the benefits of organ donation.

ORGAN India aims to enable the key element required to fully execute an operational organ donor system in India. The key is to educated the public about organ donation and introduce them to the idea in every way and through various mediums and platforms. We have already come a long way in moving towards our mission and have many strategic partners with whom we have collaborated to make an impact.

Future Plans - Funds will be raised to put our ad-campgaing online.

Wieden & Kennedy – WK is a premier ad-agency who is working out the entire campaign to promote organ donation. They have conceived of and delivered to us a campaign aimed at all sections of society across through cinemas, print, online, outdoor and electronic media. The ad-campaign has been fully conceptualised and we are awaiting funds to launch it.

We plan to use the funds for a Facebook Year-round Ad-campaign for online and digital awareness. We will have a Facebook campaign with ads for the next year to create awareness and reach out to a large audience. Our target is people between the ages of 18-65 who are net savvy, educated and ready to be part of a good cause. Pan India (Focus on Metro Cities). We can change the geographic/audience target depending on where the maximum clicks and conversions come from. Conversion would mean people viewing the site and then making a pledge by signing up for donor cards or asking for further information 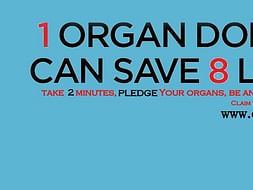