15-year-old Dreams Of Topping Boards Unaware Of His Cancer | Milaap
This campaign has stopped and can no longer accept donations.

15-year-old Dreams Of Topping Boards Unaware Of His Cancer 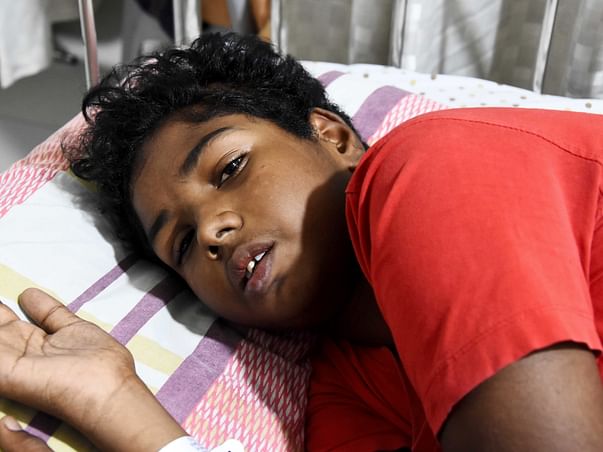 15-year-old Rahul, the eldest son in the family was full of dreams and life. He is studying 10th grade. He was working hard towards his goal of scoring 100% in all subjects. He has always been a top scorer in his class. A month ago, life took a drastic turn. This ambitious boy is now fighting for his life. He is diagnosed with a terrible disease - cancer.


They feared it would be dengue, it ended up being something much worse

Prakash and Parimala were living a modest and happy life with their two children Rahul (15) and Nishant (13) in Kumbakonam. They were determined to give the best education to their children despite poverty. They were hopeful that their children would grow up successful and live a happy life, unlike them struggling to make the ends meet.

A month ago, Rahul had a severe fever and cough. They thought it would settle down in few days but he became too weak and was not even able to stand. His parents took him to a hospital in Chennai, fearing he got dengue. The scan reports were worse than what they thought. They were devasted when they were told that he has cancer.

Rahul is not aware of his condition, he is longing to go back to school

"Just a week before he got fever he told me that he'll study well and take care of the family. He asked me not to worry about the family situation. He is my strength and world. I work day and night, only to give my children a good life but now he is fighting for his life. I can't bear to see him like this." - Prakash.

Rahul does not know that he has cancer. His parents have told him that it is typhoid and he will be back home soon. Rahul asks too many questions. He asks his father to show the reports. He is asking them to bring his books so that he can prepare for his exams. After completing one cycle of chemotherapy he became too tired. Now he hardly talks, he cries all the time and he is depressed.

Nishant is now at his grandmother's place and he is also not aware of his brother's condition. Prakash has kept all the reports and medical bills in a locker fearing that he might read it. Doctors are advising him to be strong and not to cry in presence of Rahul but he can hardly control his emotions. He is heartbroken and has no strength to see his son suffering.

Parimala is hopeful that her son will recover. She is aware of the painful journey of the treatment ahead of them but she has gathered all her strength and taking care of him. She stays next to him and refuses to leave him even for a moment.

"He cannot bear the pain of chemotherapy, yet he needs 6 more cycles. I can't imagine him going through so much of pain and trauma at this age. I'm forcing myself to be strong but I almost fainted and cried when I saw his stools were full of blood, he was shouting in pain. How can any mother bear to see all this?" - Parimala.

This is the most crucial year for Rahul. He believed that the mark he scores in 10th grade would decide his future but now everything is upside down. He has just completed one cycle of chemotherapy, he needs 6 more cycles and blood transfusions. His parents are worried about the physical changes and his mental health.


Prakash works in a grocery shop, only breadwinner of the family

Prakash works as a grocer and with his meager income of Rs. 7500, he was supporting his family of four. He is in Chennai with his son, taking care of him, running from pillar to post to arrange money for the treatment. He finds it very painful to accept the reality. All he could think now is to save his son at any cost. The very thought of losing his son almost breaks him into pieces.

Prakash is not able to go to work now. He has borrowed heavily from his friends and has spent Rs 1 lakh within a week for the chemotherapy and medicines. He needs Rs 12 lakhs more for the treatment.

Your contribution can save Rahul's life and help him live his dream.
Estimation Letter 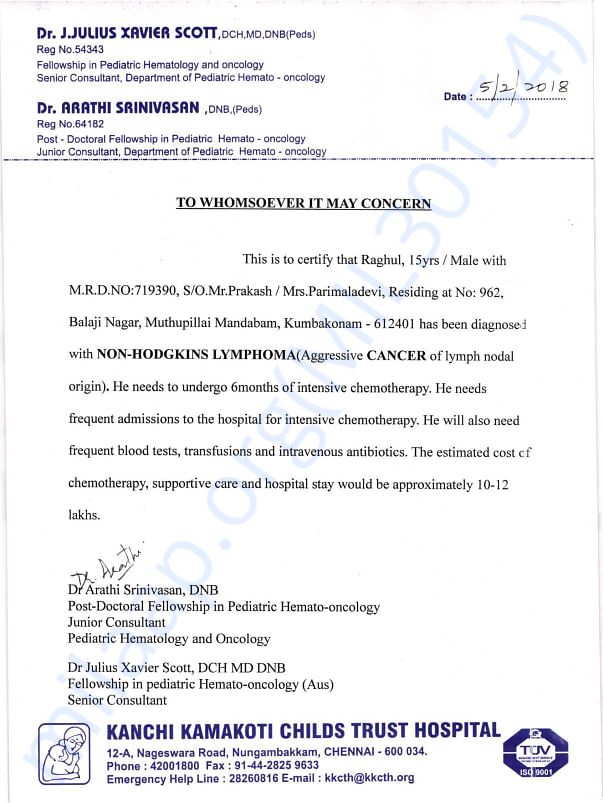 We have some unfortunate news to share with you. Rahul passed away in the early hours today (21st February). His parents are devastated. He had developed infections and was shifted to the ICU on 19th February. He fought very hard, however, he had a cardiac arrest and in spite of the doctors best efforts, he could not be saved.

The funds will be utilized for his medical expenses. Please do pray that the family finds strength in this time of need and thank you for all the love and support you have shown him. Your timely support ensured that he received the best medical care. 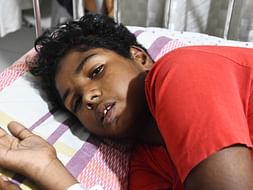 15-year-old Dreams Of Topping Boards Unaware Of His Cancer